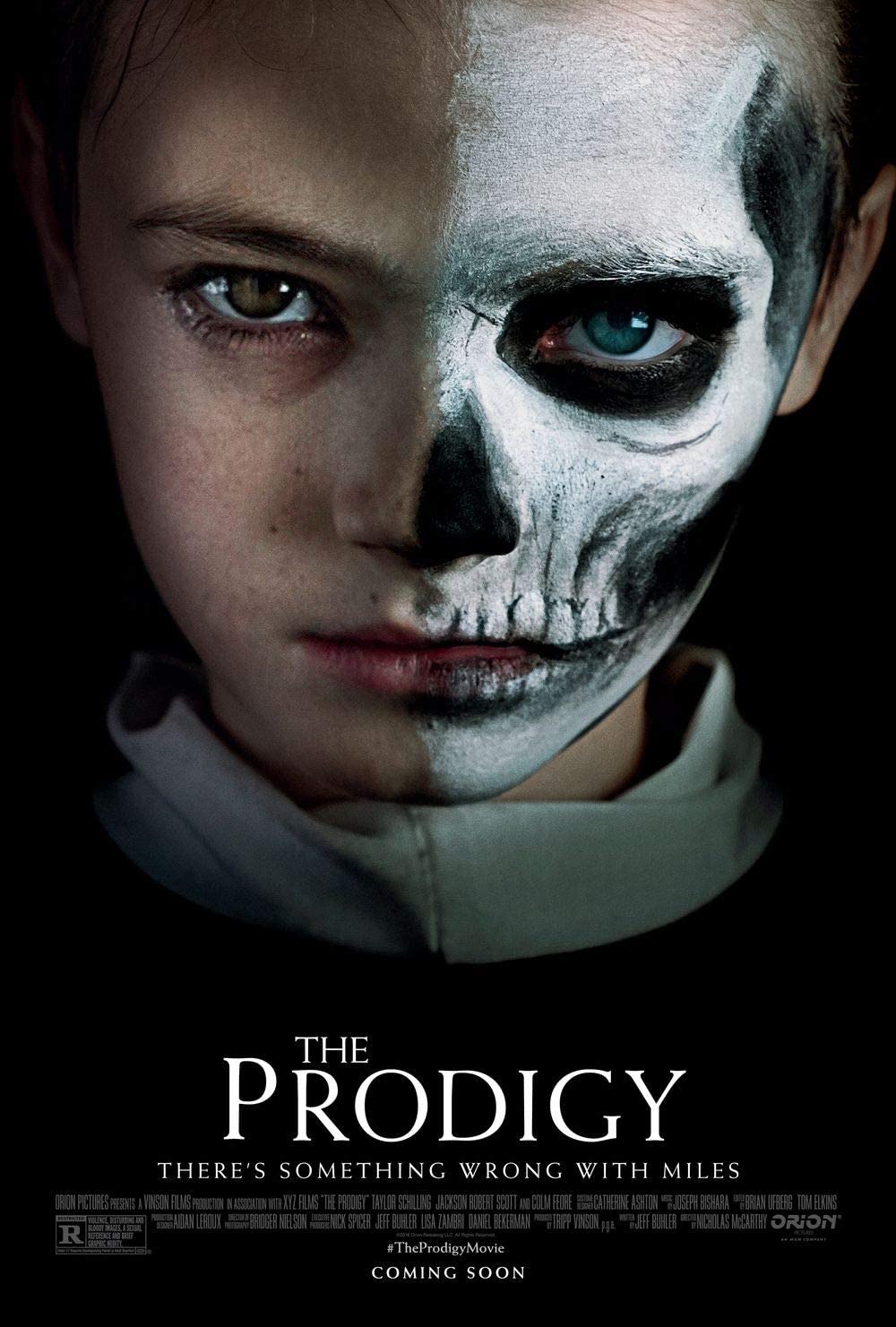 Whenever a film has a kid as the main villain it doesn’t tend to end well. I’ve seen quite a few horror films in my time and all of the ones in this particularly sub genre just tend to be awful. Well, this one is no exception and the main character makes a really awful choice at the end of the film. It all adds up to the point where you’re just waiting for the film to breeze by.

The movie starts with a serial killer finally being caught and destroyed by the police. Before dying he is able to quickly throw his soul into the unborn baby known as Miles. Sarah gives birth to him that day and at first Miles appears to be normal. Very quickly this shell begins to fade though as he shows a lot of violent tendencies. He talks in different languages and even eavesdrops on his parents using some equipment. John thinks they should send Miles away but he can’t have that. Can the two main characters figure out what is up with Miles before he tears their marriage apart? Also, does he have any big plans aside from general violence and mayhem?

For the plans bit, in the opening scene we find out that the cops stopped the killer right before he could get the final victim. So naturally he wants to even out the score. Fortunately as a kid it should be difficult to get close enough stop her. It goes without saying that he makes for an awfully petty main villain though. The guy doesn’t have much in the way of motive either, he just wants to destroy a bunch of women. This makes him a lousy villain by all accounts.

As for the kid himself, well it’s hard to tell when Miles is even around. Based on how the killer was there since the beginning, I’d make the case that Miles was probably taken out a long time ago. You just don’t know how long this guy may have been faking it or what lies he could have told. As a result you would have to assume Miles has been a plant for a very long time.

Meanwhile, I definitely did not like Sarah as the main character. Yeah it’s a tough spot having a kid who is being mind controlled by a serial killer but she goes way too far with her big plan. See, she is told that often times the spirit will move on if his goal is accomplished. This guy’s plan is to murder the final survivor so Sarah figures if she murders this victim, then the spirit will leave. This is messed up on a lot of levels.

For one, Sarah is helping out a serial killer and 2, she’s actually targeting a victim who is completely innocent in all of this? That’s just awful, one of the worst protagonist decisions I’ve seen in a very long time. It’s just disgraceful and there’s now way to like her after that. She reacts very slowly in the climax and there’s a lot of damage that is done because of her. That’s why in the end I just have to give her a thumbs down. There are some mistakes and decisions you just can’t make.

Meanwhile John handles the situation better. While he doesn’t believe in the supernatural elements of this, his decision to get Miles out of there at least made more sense. At this point Miles was even lying about the parents and trying to frame John. Depending on how far Miles would go (I’m using the name Miles in place of the killer. I forgot that guy’s name) John would even end up in prison at some point. We see from how Miles blackmails the psychologist that he is willing to go to any lengths so I’m sure it would have happened at some point.

The Prodigy also ends on a really sour note. It has the usual horror twist to an extent as things happen quickly in the last segments, but it’s certainly not in a cool way. You don’t really expect a horror film to end on a happy note but this just felt mean spirited in a lot of ways. It really should not have gone down like this and so you’ll walk away from the movie just feeling disappointed.

There aren’t a lot of things that the characters could have done differently to stop Miles. Part of the tricky thing about having a kid as the main villain is you can’t exactly beat him up or anything like that. I would have liked them to have at least tied him up though and call in some psychics. Usually I’d disregard most of them as quacks but in a world where spirit possession is possible then that should cause you to reconsider all of the magic practitioners in the area.

Unfortunately in these things there are never any heroic ghosts out there so the main characters can expect no backup. I’ve always said that this kind of film doesn’t work and this film just furthers the notions. None of the characters are likable and it’s hard to take Miles seriously as a villain. The “suspense” in the film is really just about seeing how he’ll mess everyone over next but as they can’t do much about this, it all just feels futile.

Overall, I’d give this one a hard thumbs down. There really just isn’t anything engaging about The Prodigy. I’ll give the film props for the stylistic cover but that’s about all I can say for it. Miles gives himself away quite early on as he yells obscenities in a foreign language but even that wasn’t enough for Sarah to do anything until it was too late. Then she made the wrong call in the climax so ultimately I guess there was never any hope. The best way for the franchise to recover is a sequel where Miles is now an adult and is being hunted by some kind of spirit detectives. Now there you would have an interesting premise to get behind.

4 thoughts on “The Prodigy Review”