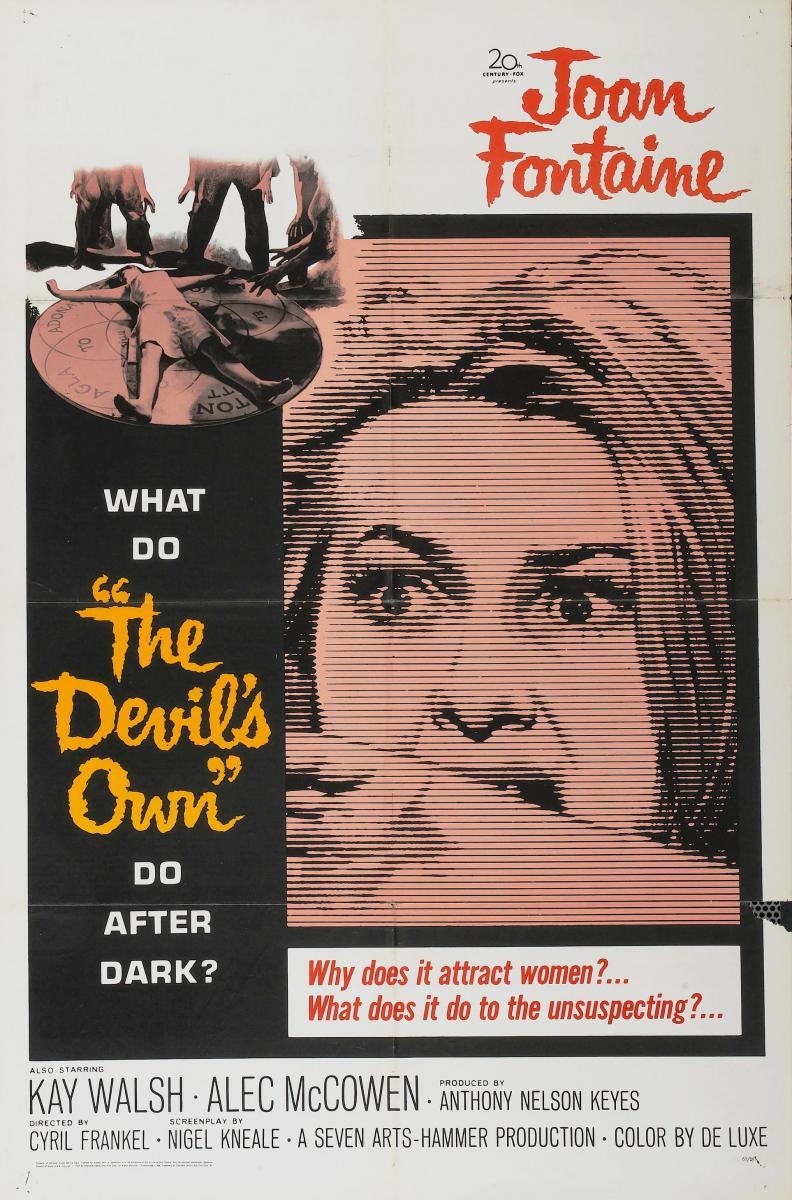 Get ready for a lot of rubbish with this film folks. Films about cults or ones where the villains turn out to be from a cult tend to either be suspenseful as thrillers or just plain bad as we have to sit through long sequences of what they do for fun. This one falls into the latter as the film completely falls off the rails and I would have preferred if something really supernatural was going on. Of course with a title like this you expect the villains to be rather loopy.

The movie starts with a teacher named Gwen being attacked by some of the natives at the village she was working with. They even burst into her house wearing masks and she ended up leaving to work at a small village instead. This at least seems like a reasonable place to work, however the place is not as it seems. Two kids are trying to have a romance but it is forbidden by the adults and supposedly one of them is even a witch. This may seem to just be some pesky adults at first but then one of the kids falls into a coma and it seems that anyone who defies the old lady may get punishments as well. Is there really a witch in town and if so…is Gwen safe?

While I think the film’s pretty awful from cover to cover, I will give it some points for pulling off a really surprising move. At one point in the film we get a several month time skip which is a crazy long period of time. It comes out of nowhere and you wonder what the villains were doing this whole time. One thing leads to another and Gwen gets temporary amnesia for a while. So keep this in mind….the villains waited months to plan out their big move.

I mean it’s part of the prophecy and they had to wait but that was really convenient for Gwen. It’s heroic of Gwen to head back to stop the cult considering how dangerous it was, but she really got lucky there. Gwen wants to be a good teacher so you are rooting for her the whole time. I would just be upset at Alan since he’s the guy who gave her the position. He really didn’t give her much of a heads up about how crazy this place is.

As the film goes on, the body count grows with Ronnie being knocked into a coma, his father getting taken out, and ultimately the mother has to flee town. You’d think people could stand up to one old lady but I guess witch abilities are just too much for everyone. There is a fairly small cast of notable characters as a result.

Of course you have Granny Riggs herself, the lady known to be a witch or at least suspected of it. She talks tough and is extremely stern with Linda. She is really set on the old ways and while I agree with her that Linda is far too young for any kind of romance, the method she uses to get this point across is obviously wrong. Never any excuse for being nasty to such a small child.

Linda appears to be suspicious the whole time. She does claim that nothing is wrong at home and does her best to de-escalate each situation but whether you believe her or not will be the real question. Then you have Stephanie who appears to be nice enough and is the one person Gwen can count on. On one hand there doesn’t seem to be anything wrong with her but on the other hand, that alone is a bit odd eh?

The first half of the film is really more of a slow burner. Gwen walks through the town and gets to know everyone but it takes a while for things to take a turn. At first everyone just seems to be a little quirky and there’s nothing wrong with that. Where there’s smoke there is fire though and that’s usually a very tried and true lesson in these things. If the film kept it up like this then it really would have been quite all right.

The problem is the climax. Once we have the cult and we get to the usual human sacrifice angle, we have to sit through a very long procession with the characters acting like fools. They’re throwing mud at each other, babbling on about stuff, chanting, and doing everything you’d expect at a cult festival. It would seem that the whole town was under a spell so none of them had any strength of character here. The whole scene is so long though and incredibly gross.

It’s such a shocking departure from the rest of the film both in content and tone. It really comes out of nowhere and while it may underscore how depraved all of this is, the level of detail was wholly unnecessary. Cut that out of the film and this would at least jump up several points but with it the film was absolutely doomed to oblivion.

The film had such an easy out too. When Gwen got her amnesia and woke up at a happy little place, they could have hinted that it was all a dream. Perhaps her experience in the village during the opening scene just really messed her up and she imagined the rest. It may have felt like a bit of a cop out but at least then we wouldn’t have had to go back to the place. The townsfolk weren’t exactly grateful for her efforts either.

Ronnie’s mother is antagonistic to Gwen for no reason when the lead is trying to figure out what happened. She just seems to be jumping at shadows and is completely unreasonable. Then you have Alan who wants to convince people to leave the school but won’t clue Gwen in and gets upset at her for not picking up the nonexistent clues. If the people would talk more then this would be so much easier for Gwen. Of course this also depends on how much they actually know about the situation. They seem to know that the place isn’t a safe one to stay in at least so just tell this to Gwen straight up.

Overall, The Devil’s Own is definitely a very poorly made film. I’m still not totally sure why the name was switched from The Witches but I suppose this sounds like a more attention grabbing title? Both titles work for the film in different ways as the former describes the first half of the film while this one jumps you into the climax. Not like any version of the title would make the actual film any better though so I suppose it barely matters. The moral of the story here is to always watch out for cults no matter where you are or you may find yourself in trouble like the lead here.

2 thoughts on “The Devil’s Own Review”