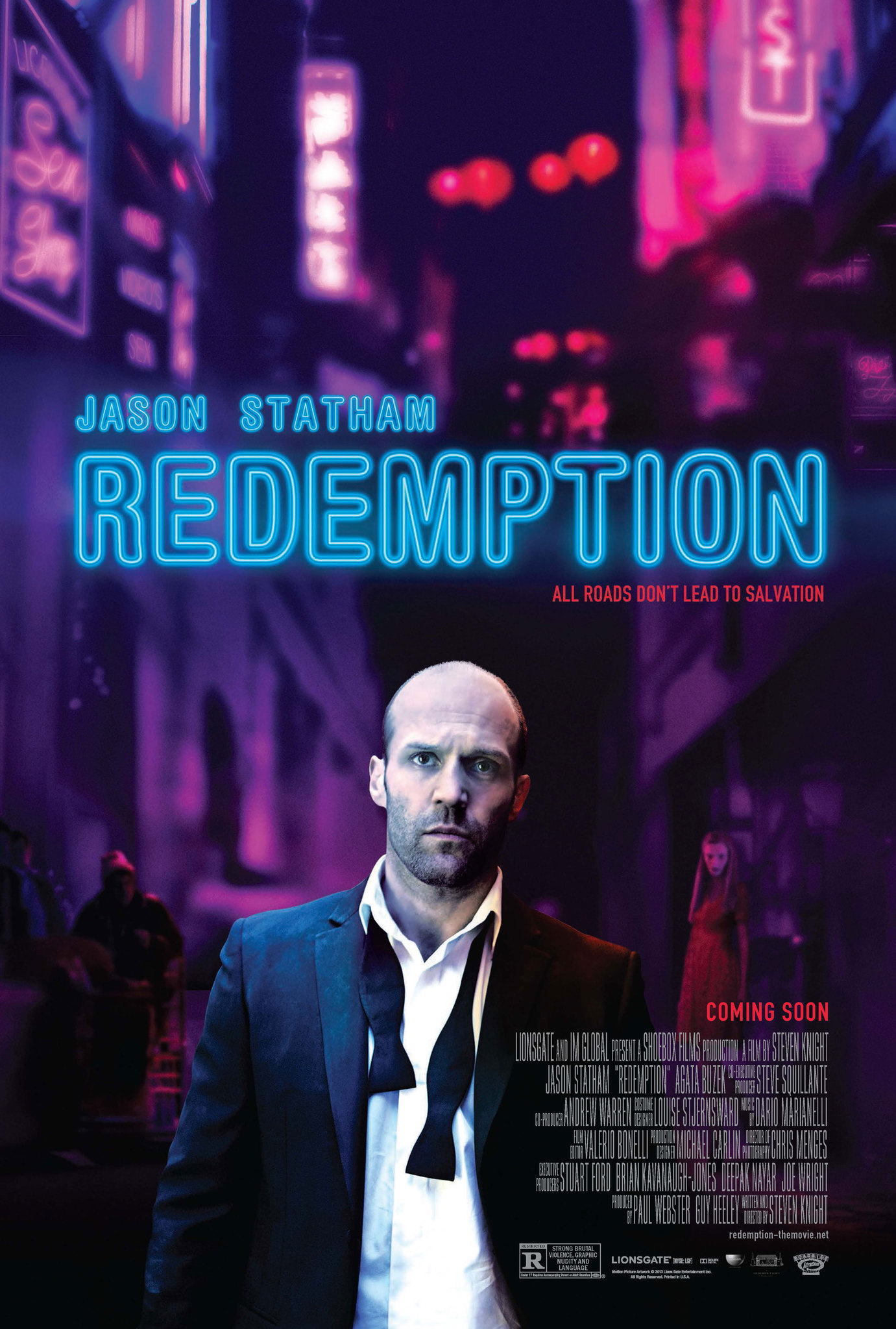 Redemption is one of those films that could have worked really well as a stylistic action blockbuster where things are happening around every corner. Instead the film goes for grit and more often than not this ends up hurting the film. By the end everyone’s in rather poor shape and the film does not go for a happy ending. You just know that they’re all doomed.

The movie starts by introducing us to Joe. He’s currently homeless and just trying to survive in the back alleys. Unfortunately there are a group of thugs who go around beating up the homeless every night. Joe ends up escaping but not before getting roughed up quite a bit. He ends up falling into an empty apartment and takes refuge there. The owner won’t be back for a while so this may be his chance to finally start over. Joe stops taking drugs and even gets a job in a restaurant washing dishes. Things are looking up but then he starts getting into some dangerous territory when he accepts a job as an enforcer. On one hand the pay is excellent, but on the other hand he’s basically become a thug now. Can he find true romance like this?

A big part of the film is that he likes a lady named Cristina who works as a nun and as a result can’t actually date him. Joe doesn’t seem to care about that and pressures her into an affair all the time. She half heartedly tries rejecting him a few times but the issue is that she does enjoy the presents. At one point he gives her a ton of cash which she uses to buy some opera tickets. As the film goes on she definitely starts to lower her defenses but Joe tends to make things harder on himself by getting mixed into more dangerous situations so he isn’t always ready at the right time.

The romance is just pretty bad here. If Christina is interested then she should have just retired right away. The life of a nun isn’t for everyone and if that is the case for her then there’s no shame in walking away from that. It would have definitely been a much better option than trying to have it both ways. That’s what gets her into trouble quite a bit. She is a nice person who does a lot for the community so I won’t knock Christina entirely, but this plot just really dragged on throughout.

Never one to miss up a chance for adding some dark elements to the story, we also find out that Christina has a very dark backstory. It’s got to point being in the film except to add some shock value. Likewise we eventually learn about how Joe got into his present situation and lets just say it was not a pleasant experience. The film goes into it but effectively he was a soldier who ended up going on a bit of a revenge mission that rewarded him with a lot of guilt for the rest of his life. While it does explain how he became so broken in the film, it doesn’t make the rest of it any more enjoyable.

We’ve got a lead character here who is an excellent fighter, is intelligent, and resourceful. When Joe puts his mind to it he is able to quickly get a job and turn his life around. He gets off the drugs and even gets in shape again. It was a really solid turnaround but then the ending just throws that on its head for no real reason. There’s no good explanation for why he would just throw his life back out of whack like that. He can try to atone for his previous crimes or ignore it and push on. Intentionally putting himself back in a position where he’s going to be getting beat up and hunted again just isn’t a good way to end things.

There is a mild subplot where people are hunting him down with some security drones. By the end of the film we know who these guys are and this had potential but the film really doesn’t go into it very much. This ends up being more of an after thought that occurs so randomly you may forget it is even happening at some points. If this plot was played up more as Joe is on the run from this group then that would be interesting. I could have definitely gotten behind that.

Instead the film is mainly about showing us just how corrupt the place is. Joe never ends up being a likable character because he does a really bad job of coping with what’s going on. For example, becoming a shady enforcer was a bad move right from the jump. The instant he took that position he lost a lot of credit with me. There were so many other things he could have done instead. Had Joe kept on focusing on feeding the homeless and bettering himself then I think the movie would have been better off for it.

Maybe throw in some more fight scenes to show that he still has skills. We get a few fights but not really the stylized ones you would expect. They’re street fights through and through but at least they give us a break from how depressing the rest of the film can be. Even the main villain of the film naturally can’t be some random evil gangster but instead he’s really depraved. The film gives a whole lot of detail on how he takes down his victims and it’s just more grit.

Overall, Redemption is a film you will definitely want to avoid. If the film is supposed to be about Joe trying to redeem himself then it definitely failed at that approach. Joe starts off on a decent path for that and then just falls off the cliff. There are a whole lot of ways he could have helped people out with his skillset. A film about him taking the city back over from the gangs or something like that could have potentially been inspiring. Whether you’re looking for a dramatic film or a romance thriller, you’ll want to stay far away from this one.