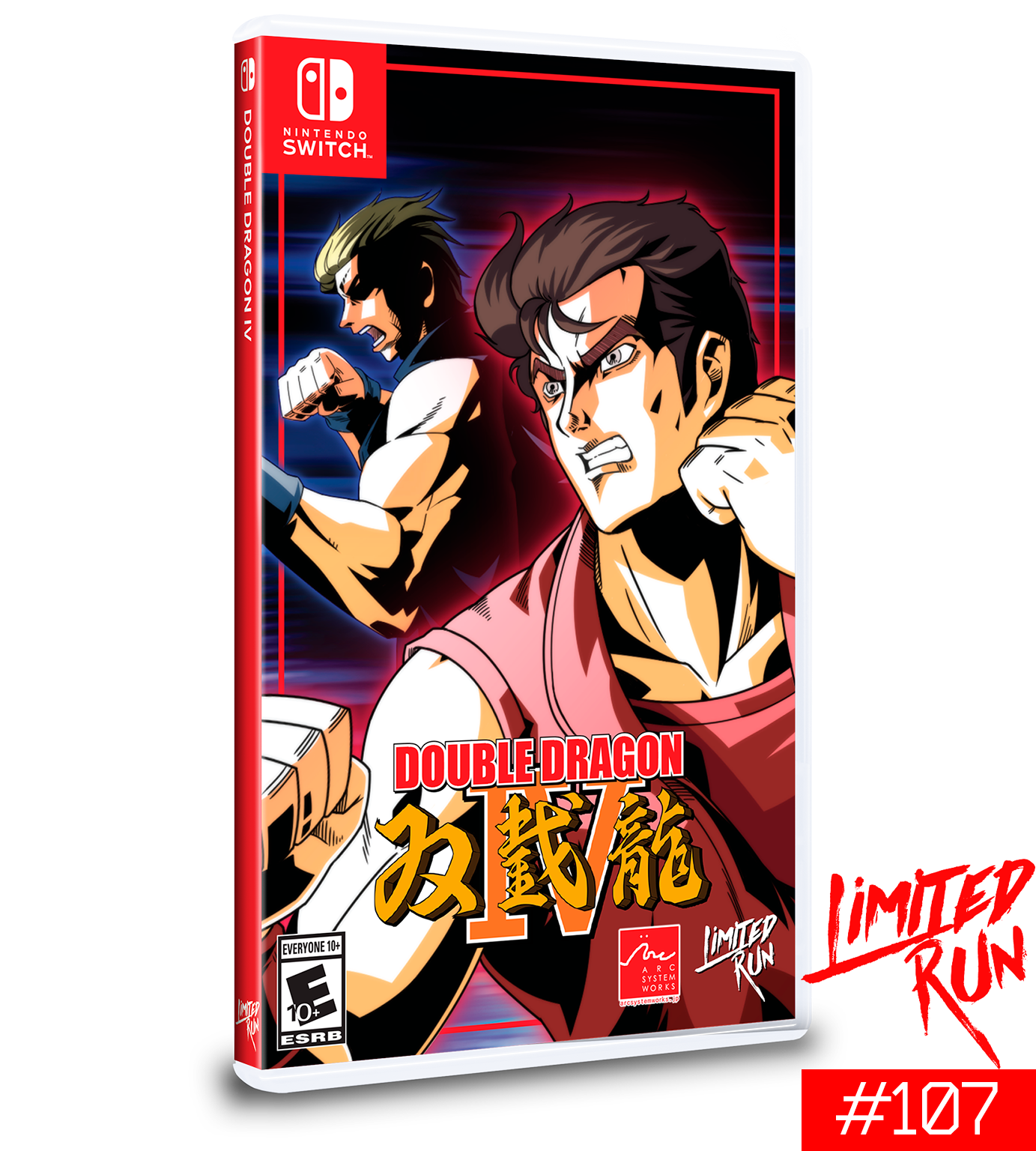 Double Dragon IV is a fun game and definitely does a good job of being a very retro experience. You’ve got all of the classic sprites here and the levels feel like something out of an SNES game. The gameplay is on point and you’ll enjoy blasting away at the enemies. The game is a bit on the short side but throwing in the survival mode and multiplayer aspects will help with the replay value. Now I’m ready for a Double Dragon V someday.

The game introduces a new villain group in the Renegades. They want to cause a lot of trouble but most importantly they want to defeat the Double Dragons. They have a whole army of minions and allies to help them accomplish this goal and even kidnap the main heroine. This forces the two heroes into action once more. They don’t care how many minions they will have to beat up, they’re going to put a stop to these guys and fast! Are the Renegades going to regret getting on the heroes’ bad side?

As you’d expect the gameplay is definitely on point here. The combat is very smooth and feels like it’s a little more diverse than your average 2D beat em up. You have a little more control and don’t feel like it’s pure rng when you get up close to an opponent to land some blows. I found the best thing to do in a lot of cases was to get right next to the opponent once they were down and just start throwing some punches. It should work most of the time. That’s the fastest way to do it if you’re trying to burst through the levels. There is a much safer way to go about this though even if it is a bit slower.

That’s to walk up and down a bit. The enemies can only strike out at you if you are directly in front of them and the same is true for you. So the trick is to be a bit above them so when they get to your point of view you can immediately strike. You can do this quicker than they can so it’s foolproof in a one on one battle. Of course it’ll be a little more difficult to gain position when there are a bunch of enemies running at you so you will want to keep that in mind.

In a way it’s pretty realistic because in the game if you get jumped by a bunch of minions there isn’t a lot that you can do. It’s like being jumped by a group of thugs, if you’re just a normal guy with a baseball bat then it’s going to be really tricky. Even if you know what to do in this game, you’ll have a hard time getting out of that situation. It’s cool though as it adds to the danger. Just make sure you’re never trapped in the middle of two groups and you should be fine. Always stay on the offensive and get the enemies in the corner if you can.

Aside from the combat you also have some platforming sections where you have to jump on or over some obstacles to get to the end. These can be some of the toughest spots in the game since falling once will take out a whole life. Make sure you go slowly in these levels or the computers will just keep pushing you off. Fortunately you do get a lot of lives. You have around 15 before you get a game over but keep in mind that the deaths carry over. So I got my full game over on level 11 out of 12 which was pretty good. For a minute there I thought I would have to start all over which would have been rough but fortunately the game does give you a checkpoint at the last level you completed. So if you got a game over on level 11 then you have to go back to level 10 which is a fair penalty for losing. The game is no walk in the park either so it’s good you get this many levels. As a challenge you can try to complete the game without needing a game over although I warn you that this will be a difficult challenge. I went 6 deaths over the limit if I was doing that challenge.

The graphics are nice and retro. As mentioned, it’s definitely going for a very old school look. Naturally as a result it isn’t touching games from the PS1 era or beyond but as a faithful SNES type look it works well. I think the game could have gone for a more modern aesthetic and it would have been a lot of fun like the newest Streets of Rage but the graphics are an intentional art decision so I can roll with that. The soundtrack is also fun, definitely has that very high tempo, upbeat kind of feel to it.

The only real strike against the game is that it’s super short. You’ll have the complete game beat in around an hour. After that your replay value will mostly be from survival mode and multiplayer. That will give you a good amount of activity to play with. You can test your skills to see just how high up you go and as long as you’re getting the game for a good price then this shouldn’t be any kind of issue either way.

Overall, Double Dragon IV is a fun game. It has a nice story and the cutscenes give the characters a lot of personality. You just know how everyone acts right from the jump. The level designs are all very distinct as well. The battle gameplay is on point and the platforming elements can actually be rather difficult. It’s a nice blast to the past and continues the saga well. I think there’s a ton of potential for a big AAA title in this franchise someday. You don’t see a whole lot of the Double Dragons nowadays but stopping gangs and saving your friends is always a good formula. I have quite a bit of confidence that the series can go places.