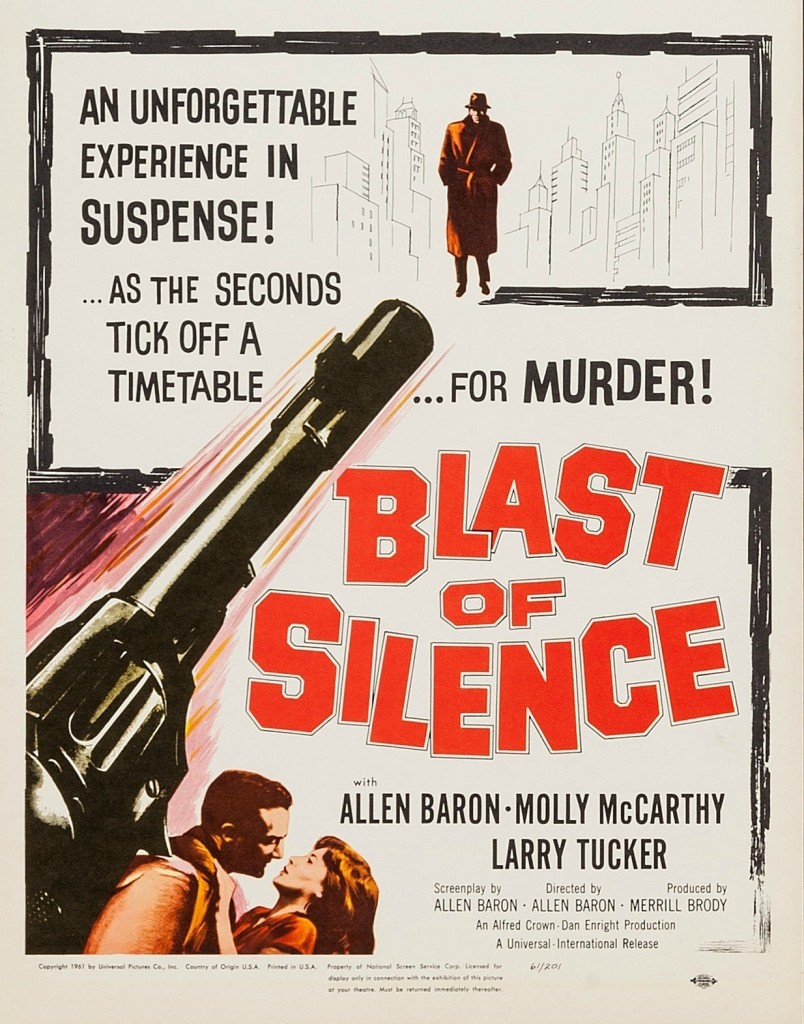 When you have a film about an assassin you can try to do it in a stylized way, make the assassin likable, or have him be a very quiet and mysterious figure. I’ve seen a few solid ones with such a premise but this one would not make the list. The lead is insane from the jump and unfortunately ruins the film at every step with his inner monologues. Usually the Noir style of talking to yourself is a lot of fun but put a bad main character into the center and it just doesn’t work this time.

The movie starts by introducing us to Frankie. He doesn’t like anyone and everything ticks him off. He never runs out of things to complain about and is always bragging as well. He seems to think that he’s an expert assassin but the film continues to prove him wrong. Well, Frankie’s got his latest hit ready but along the way he bumps into some old friends. Slowly this starts to distract him and he may have to make a choice between romance or getting the job done. If he doesn’t hurry, he’ll lose everything. Can Frankie turn things around or will he just continue to complain?

As you can probably guess, Frankie is 90% of my issues with the film. He just never stops whining, you haven’t seen a character this whiny in a long time. He’s in self denial the entire time about romance as well. For example in his inner monologues he’s taking shots at Lori and everyone for being normal but then it turns out that he really wants to be with Lori. It’s a pretty awful development there and the scene where he tries to overpower Lori destroys the film early on. He never comes back from that and it’s really fortunate that someone else was at home when he stops by later on.

So Frankie’s an irredeemable villain and as the focus of the film that’s not really a good thing. He’s also just not very good at his job. He’s an assassin so you’d think he would have been around the block a few times but he doesn’t realize that it’s a bad idea to call up the villains to collect the money? After he was openly threatened for trying to quit the job early, he should have just gotten out of there. At the very least, don’t throw away the gun. I have big doubts on his gun skills but at least he might have been able to make a match out of it. Instead he was just out skilled and outgunned right from the start.

If anything it’s only impressive that he has some friends with how cold he acts throughout the film. Everyone will try to talk to him and he just won’t respond or just gives 1 word responses once in a while. The others were trying to be super friendly but you wouldn’t have blamed them if they just left. Lori does her best to be nice which doesn’t ultimately work out for her very well. I am glad she stayed strong in telling Frankie to leave and not allowing him to stay. She also does well in managing this dangerous situation by keeping him at a distance whenever he calls without setting this madman off. With a guy like this you can’t really take any risks.

The only other big character here is Ralph who has a lot of connections. Frankie doesn’t like him but he has to deal with the guy since Ralph knows how to get the guns. Ralph is the kind of guy who will make a deal and then turn on it later on. I don’t really know why he would risk his life trying to double cross Frankie though unless he seriously did not respect the lead’s abilities. It just didn’t seem like a smart play without having more leverage on him. Ralph would have been quite all right if not for pulling that stunt. His arm strength was impressive though. He could choke with Frankie with one hand and it seems like he would have done a lot better if not for a surprise attack.

Ralph isn’t nearly as bad as Frankie but I didn’t like him either. His scenes really drag out with how slowly he talks the whole time. The scenes of him feeding the animals also has you tense the whole time because you’re worried that something will happen although fortunately it does not. Ralph’s a total slob if we’re being honest here to the point where you’re shocked that someone hasn’t taken him out yet. He’s brave enough to be going around blackmailing people but you feel like if he pulled that on any other assassin he would have been taken down in a heartbeat.

The film at least handles the Noir elements well. The city looks suitably shady at all times even when it’s day time out. The only scene without any tension is the dance scene when Frankie has to attend a party and that mostly felt like filler anyway. It’s supposed to feel out of place since Frankie usually wouldn’t allow himself to be caught there. It only ended up happening this time since he liked Lori but couldn’t admit it to himself.

The writing isn’t bad. The dialogue is super weak but that’s more due to the main character than blasting the film’s writing as a whole. The rest of the characters have good dialogue after all. I like the style of Noir dialogue usually, it’s just that Frankie was way too exaggerated the whole time. If he was more serious and mysterious like he thought he was then that would have helped matters. Instead the guy just seems petty and amateurish the whole time. He’s always yelling “danger signals” at himself but they come too late like when Ralph spotted him first. Frankie blames himself for that mistake and acts like it’s rare, but it doesn’t seem to be with how things always go sideways for him here.

Overall, The movie has a conclusive ending but never really recovers into being a solid movie. Frankie just held the film back massively and the whole scene with Lori should have been cut out. You just can’t have a main character be this bad and still work as the lead. It’s just not happening and I wouldn’t even want him as the main villain especially as he isn’t even that effective in his profession. (The man doesn’t even carry a gun so he has to count on contacts to supply him one in time. What if they weren’t able to get the gun in time? He’d be doomed) The main rule of thumb is for a film about a villain to work, the villain’s scenes need to be bearable. Establish him as a villain and keep it moving but don’t go too far and the endless inner monologue doesn’t work in this case. If you’re looking for a good Noir film to check out, there are many, many better options out there.