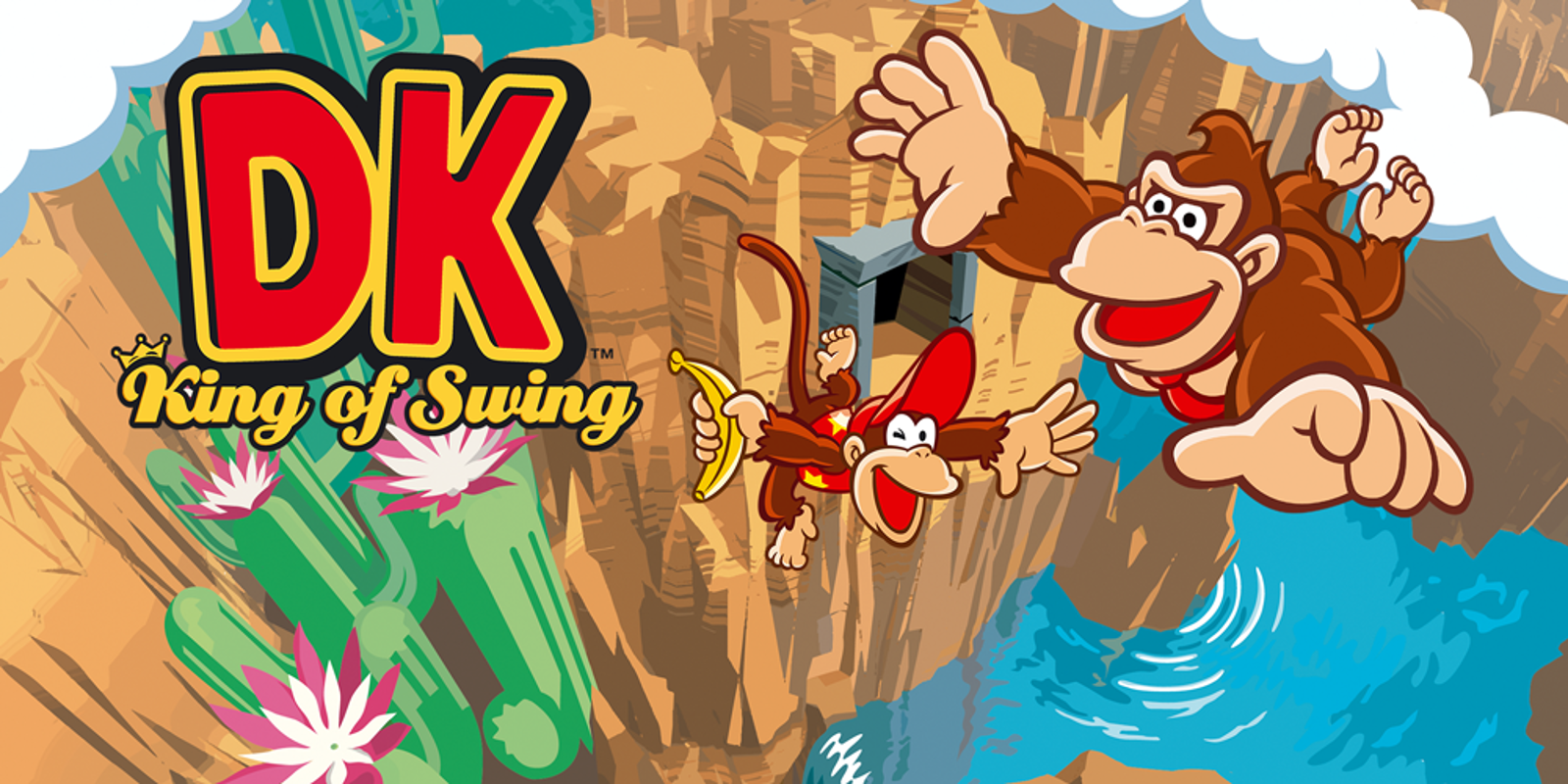 It’s time to enter the world of DK once more. This game was one that was on the backlog for the GBA for many years. Unfortunately my GBA console no longer works and the DS has L and R buttons that aren’t really responsive. So at that point it was time to finally just get this one on the virtual console. The Wii U E-shop doesn’t shut down for another 2-3 weeks so this was really my chance to get in there and make a difference. The game was short though so I ended up conquering it in around 2 hours which is pretty good. The controls are very unique and I would say they work out well. I feel like the Wii U does give it a bit of a buff over the portable version though as the controls feel smoother.

The basic plot here is that DK and friends were getting ready for the big race but unfortunately King K. Rool showed up to steal all of the coins. Now nobody can have fun racing so it’s up to DK to stop him. He won’t have any backup support on this one so he’s truly alone this time. Still, nothing will deter DK from getting out there and saving the day as only he knows how. Can he prove that he really is the King of Swing or is this game over?

So the controls are what makes this game stand out from the others. It’s not your typical platformer as you use the L and R buttons in order to grab onto platforms and swing yourself through the air. You then use the momentum to jump from place to place. You only use the control stick on the ground which is around for the first instant of each level and that’s it. You jump by holding down both L and R. Bosses are taken down by jumping in their direction by maneuvering on the blocks. This is one of those games where it’s probably a lot better to just see visually as opposed to hearing about it since it’ll be hard to get a solid visual due to how unique the concept is.

It’s not a bad concept. It’s original but at the same time I have to say that a traditional platformer would still have been way better. You want to be able to control the character the whole time, not just hold down L and R like this. It even does a number on your wrist because it’s hard to hold the controller like that. In part it’s probably due to the Gamepad being so large though, I think it wouldn’t hurt the wrist so much if it was your standard DS or GBA console.

The levels are very short and there are only 25 in the game. That’s including the 5 bosses by the way and 1 level which is effectively just there to give you more lives. See, in this game you don’t have traditional lives. Instead you have 3 health points and you gain a health point back by eating 10 Bananas. You can also use 20 to temporarily become invincible and blast through enemies. That said, you keep the totals that you had when you end the level. So if you just had 1 heart left upon clearing the level and 3 bananas, that’s how much you will have when you start the next one. Of course that does make things really difficult if you are up to a boss. So what you sometimes need to do is go back to an old level that was easy and beat it with extra bananas.

It may feel a bit tedious but it’s often quicker than trying to beat a boss with only 1 heart or something like that. I had to replay levels around 4 times by the end of the game but they’re short so it really isn’t a huge issue. Once you make it to world 5, you should only use 5-1 for the Bananas as it’s extremely hard to lose that level and you can grab 50 bananas in an instant. That’s effectively 5 heart points per level and it’s one of the shortest in the game. You’ll want to have those for the final boss against Rool which is a really creative boss fight as well. I like how that one was handled.

Beyond that, I wouldn’t say there is a ton of replay value. The game says that something good will happen if you grab all of the collectibles though so maybe they do have something nice in store for you. There aren’t a ton of collectibles either so it may not be a bad idea to try and grab all of them. What do you have to lose right? The game is short but it’s also very cheap on the Eshop. It’s normally $7 or you can grab it for $5 if you have some coins and get the discount. Either way, for 2 hours plus some replay value that’s a good deal.

As for the graphics, I’d say they’re good. The game has a very colorful art style at the ready here so all of the levels pop out. It looks a little overly zoomed in on the Wii U so you can see the pixels but it adds to the nostalgic nature of the game. Nintendo has always been many years ahead of the competition in this regard so even now the game looks good. The soundtrack is even better with a lot of really classic DK tunes. You’ll probably remember them from the Super Smash games. DK’s soundtrack may not be at Mario’s level but it certainly gets the job done.

Overall, King of Swing is a pretty good game. It may be short but it’s just a lot of fun to play. You can just sit down and knock the whole thing out in one session since it’s hard to pull yourself away. It’s not going to be one of the more memorable games and it does get overshadowed by almost all of the other DK titles but it is still good in its own right. I’d rather any potential sequel goes for more classic/standard gameplay though since that would enhance the game further. It really has been a while since DK got a big game to himself.