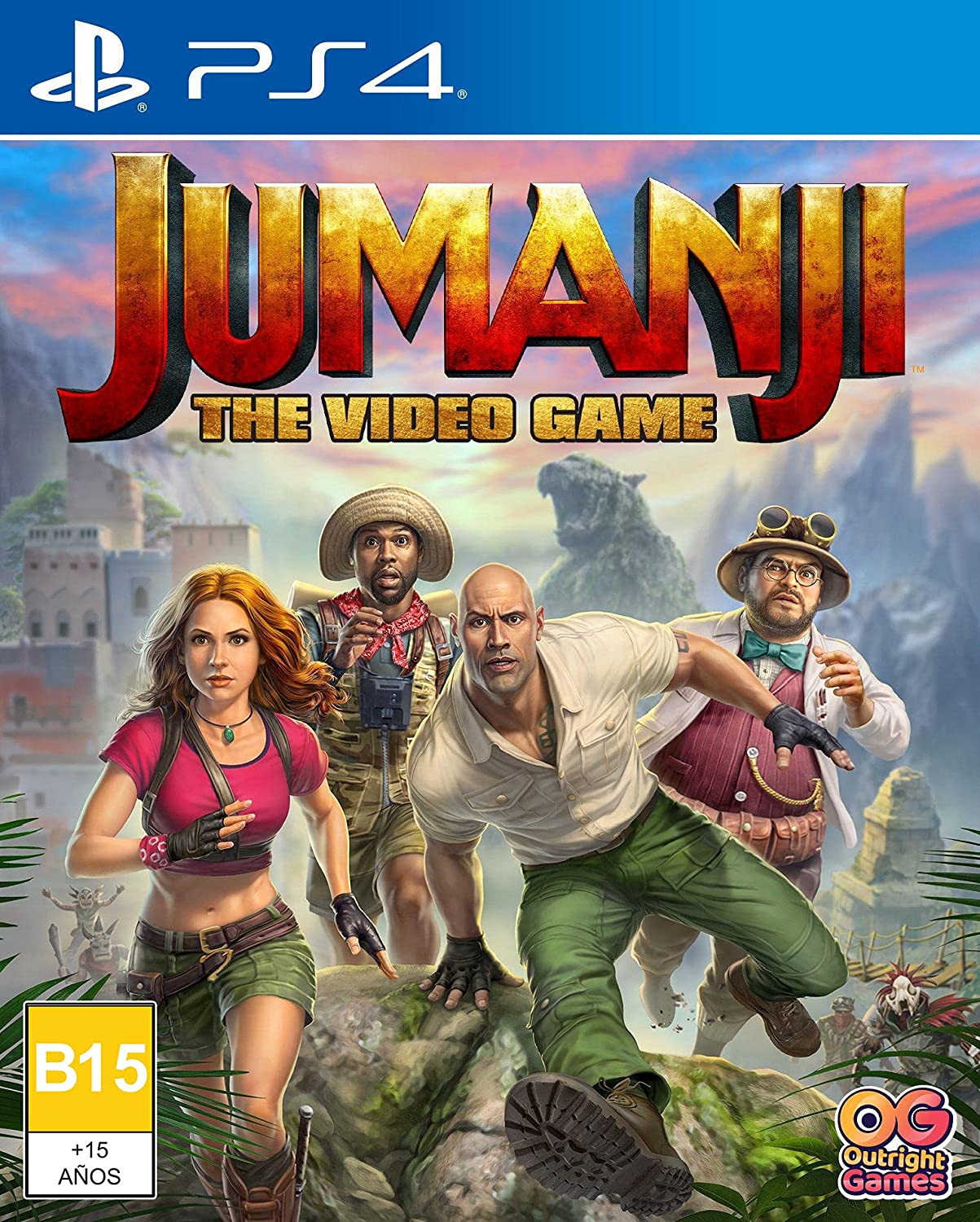 I’ve completed my first game from the Christmas batch! Jumanji was quite a bit different than I had imagined. There is no story mode to be found in this game and the offline content is minimal. Ultimately I can’t imagine buying this game at launch but at least I got it for cheap so it wasn’t a big loss here. You probably won’t be coming back to this one after you beat it though.

So the game has 4 levels which you can play online or offline. That’s the extent of the game which….is quite small. So offline you play with 3 A.I. controlled characters while online you play with 3 other people. Unless you really love the gameplay that means you’ll be feeling that repetition almost immediately. There is no challenge mode, minigames, or anything like that. It’s just 4 levels that you can play by yourself or with friends. I’ve seen mobile games with a whole lot more content than this one. Jumanji definitely ended up falling under expectations here.

Lets talk about the gameplay though. So this is really a third person shooter where you go around blasting away at the enemies who try to take you down. Each stage is divided into several areas. Each area has you either protect a totem pole from the enemies or gather 4 relics. For the relic levels, you just run around until you find them. The levels are just big enough where this can take a few minutes so try to really look around so you don’t miss any and have to run backwards. For the totem levels, you have to stand around the amulet to power it up and the idea is to stay near until the meter fills up. If the enemies chase you out of the area then no more energy will go through until you get back in there.

I don’t really have a problem with the gameplay itself. It’s actually rather fun and I’ve always liked third person shooters. The gameplay has no real glitches or bugs in it. You do have to reload a lot which can hurt your momentum but as long as you grab ammo a lot then it won’t be a problem. Aside from your blaster you also have grenades and your character’s signature attack. The attacks don’t seem all that balanced though. There are 4 characters here. One has a stomp which destroys all nearby enemies. It’s easily my favorite attack in the arsenal. Another character has a boombox which deals damage to all nearby enemies and lasts for a while. Now that’s another pretty good attack.

The third character has a little healing ray that builds up health…this is a pretty bad one. There are health packs everywhere so you’re either at full health or dead during a battle. There’s no real need for this ability at all. Then you have the 4th character who has a monkey of sorts and I’m not even sure what it does. It might help lead you through the map but it’s not like you would really get lost so I don’t think this is all that good either. Perhaps there is another skill that I was missing when playing as him but I was not impressed.

Likewise, the graphics are nothing to make you look at twice either. It looks like something from the PS2 era and even then it has much less personality than a lot of those games. The level designs are decent but nothing is all that detailed and it just looks as generic as possible. There doesn’t seem to be any real effort put into the graphics here. The soundtrack is also pretty much nonexistent. I mean it’s okay but it’s just not very good or anything like that so I would still not put this as a big thumbs up. It’s not a thumbs down but I doubt you will remember any of the tunes by the end.

The game does have some unlockables so I suppose I should say that there is some replay value here. If you play each character long enough you will unlock alternate outfits and weapons. Each character starts at level 1 and by completing levels and earning exp you will get them to higher levels and each unlockable is blocked by a level requirement. The 4 characters each have their own level requirements. It’ll take a while to get everyone maxed out so that offers you something to do…if you are playing this game that long.

I can’t stress enough how little the content is here. There’s just nothing to do before long and it’s pretty much unheard of that there are only 4 maps. I feel like they were planning DLC if the game did well to add more stages or something but otherwise you’re going to have played all the levels in a single day. There’s not enough progression rewards to keep you going here. So even though I enjoyed the gameplay, it loses a lot of points for just not putting anything in here. The levels are decently long at around 20 minutes but that still means you will have beaten all of the levels in under 2 hours. From there on you are just replaying the same levels over and over again which is no good. It’s too bad because there is really a lot you could do with this franchise otherwise.

Overall, Jumanji is really not a good game. In fact I would go as far as to say that it’s a bad game. This could work as a free to play mobile game or something but certainly not to purchase. There is no incentive to buy this game at all. Even if the gameplay was amazing, 4 levels is not enough to do anything. Certainly not without a fighting mode. See, the game would completely change if there was a vs mode both offline and online. If even either of those styles of play had a vs mode that would help a lot. That’s where you get a lot of replay value but bashing enemies over and over will get old extremely quick. I would say to skip out on this game for sure.