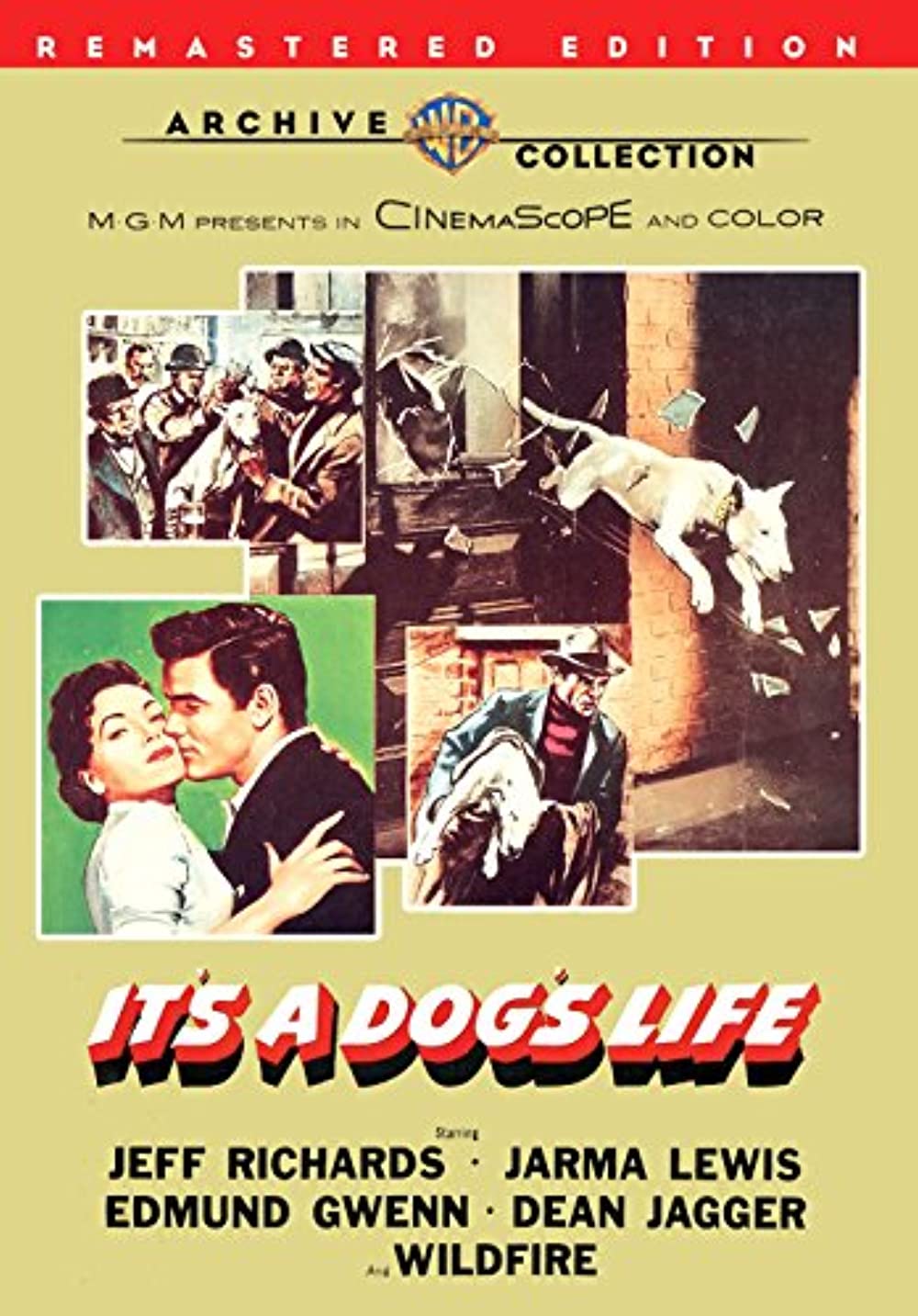 Right from the title of the film I had a bad feeling about this one. The tricky thing about having an animal be the focus of anything is that it increases the risk of some animal violence being around. Let me tell you, that definitely gets awful risky and this film was not able to avoid the issue. As a result I would definitely say it’s a bad film that you should avoid. Most of the characters are rather mean spirited and the tough road that the dog had to travel was simply too challenging.

The movie starts with Wildfire explaining his life. He lives in the Bowery, a tough part of town. He owns the back alleys at least and chases out dogs who try to eat there. It’s just tough keeping up this lifestyle though and there are certainly no frills or benefits here. His life’s goal is to find and destroy his father for leaving his mother when she was still pregnant. Unfortunately for him, Wildfire’s mother will never even talk about the guy. One day his mother disappears so Wildfire is forced to start his journey early. He will end up being involved in dog fights and fashion shows, but will he ever get closer to finding his father? Will he even be able to locate him since he doesn’t really know what the guy looks like? The only thing he does know is the father’s title: Champion Regent Royal. That will have to be enough.

As soon as I mentioned dog fighting I’m sure your eyebrows twitched for a second there. Well, rightfully so as this is the weakest part of the film. So Wildfire figures that his father may have been a fighter based on the title so he doesn’t mind being in the circuit. In fact, he enters into the store to make sure that happens. Unfortunately it’s not a very pleasant sport and we see him get bruised up after each fight. Even when he wins you can’t feel good because you know that means that he beat up another dog. Eventually he is defeated and barely escapes with his life but the whole thing is definitely on the violent side.

Of course the injuries are just makeup and such but it looks quite realistic. This is the kind of film where you’d rather they just made them robotic dogs or something like that so you wouldn’t really worry about the injuries. His owner Patch is also an abusive guy. Both to humans and animals so you don’t like the idea of Wildfire working for him. All of Patch’s scenes are just hard to watch and his toxic romance really didn’t need to be on the screen for any period of time. The sooner that guy was gone the better.

The movie was really going for some rather serious themes here but it didn’t need them. This could have been a nice little Air Bud kind of story and that would have been really good. Of course with Wildfire wanting to take down his father from the start, it’s safe to say that this was never really in the cards. One way or another this was going to be a rather serious film with lots of danger around every corner.

Things start to get a little brighter for Wildfire when he meets a nice old man named Jeremiah. The guy works for the rich Wyndham who enters professional dog shows. The guy doesn’t see any potential in Wildfire but his daughter Dorothy disagrees and bargains that if Wildfire can win a show then Wyndham can’t throw both him and Jeremiah out. Wyndham agrees to the terms and Wildfire finally gets to see the glimmer of what it’s like to live the life of royalty. Certainly it’s far different from how it was in the Bowery.

You never have to wonder about what Wildfire is thinking of something either since the guy is constantly talking. It’s all as thought bubbles I should say but he never quiets down. Wildfire is always thinking about something and has a lot to say. There is pretty much never a moment’s silence in the film. The dialogue is okay though so that’s not too bad. Wildfire’s not a bad lead either. I wouldn’t call him super interesting or anything like that but he gets the job done as the lead.

As for the human characters, well Patch is obviously no good. Aside from him you have Jeremiah who is nice enough. He’s probably the first person who has Wildfire’s back which is important. He’s also loyal enough where he was willing to lose his job to stay with the dog. That’s definitely how a good character would act. Wyndham isn’t nearly as reasonable at first, particularly as he is the one firing Jeremiah. The guy slowly starts to come around but it was an extremely rocky start. To so easily get rid of someone that has faithfully worked for you for so many years? I can’t say I liked Wyndham after that because it was just far too drastic.

Dorothy was nice enough. She doesn’t have a huge role but is the one who preps Wildfire for the matches. Without her he definitely wouldn’t have stood much of a chance so she deserves a lot of credit there. If the whole film had been about the talent shows this would have been a winner. The second half of the film is more like what you would expect in a light hearted adventure. There is a moment of danger when Patch kidnaps Wildfire. I would have certainly cut that out since we didn’t need to bring this awful character back. It was nice to see him get punched out though as opposed to Wyndham falling for the usual blackmail scheme. Instead he just took the guy down a few pegs and showed that he could fight. Now that was a really solid moment.

Overall, It’s a Dog’s Life just really suffers from not being a very fun movie. When bad things are happening to Wildfire, there’s just no way to enjoy the scenes. You can’t enjoy any of the scenes with Patch in it either aside from him getting beaten up so that adds up to a considerable part of the movie. As a dog, Wildfire’s dialogue isn’t quite up to par with the classic writing of this era either. Mix all that together and this is a film you’ll really want to skip. There aren’t any big hooks to draw you into the story and there are much better dog films out there. Since this one loses as its main sub genre, that means it was doomed from the jump.