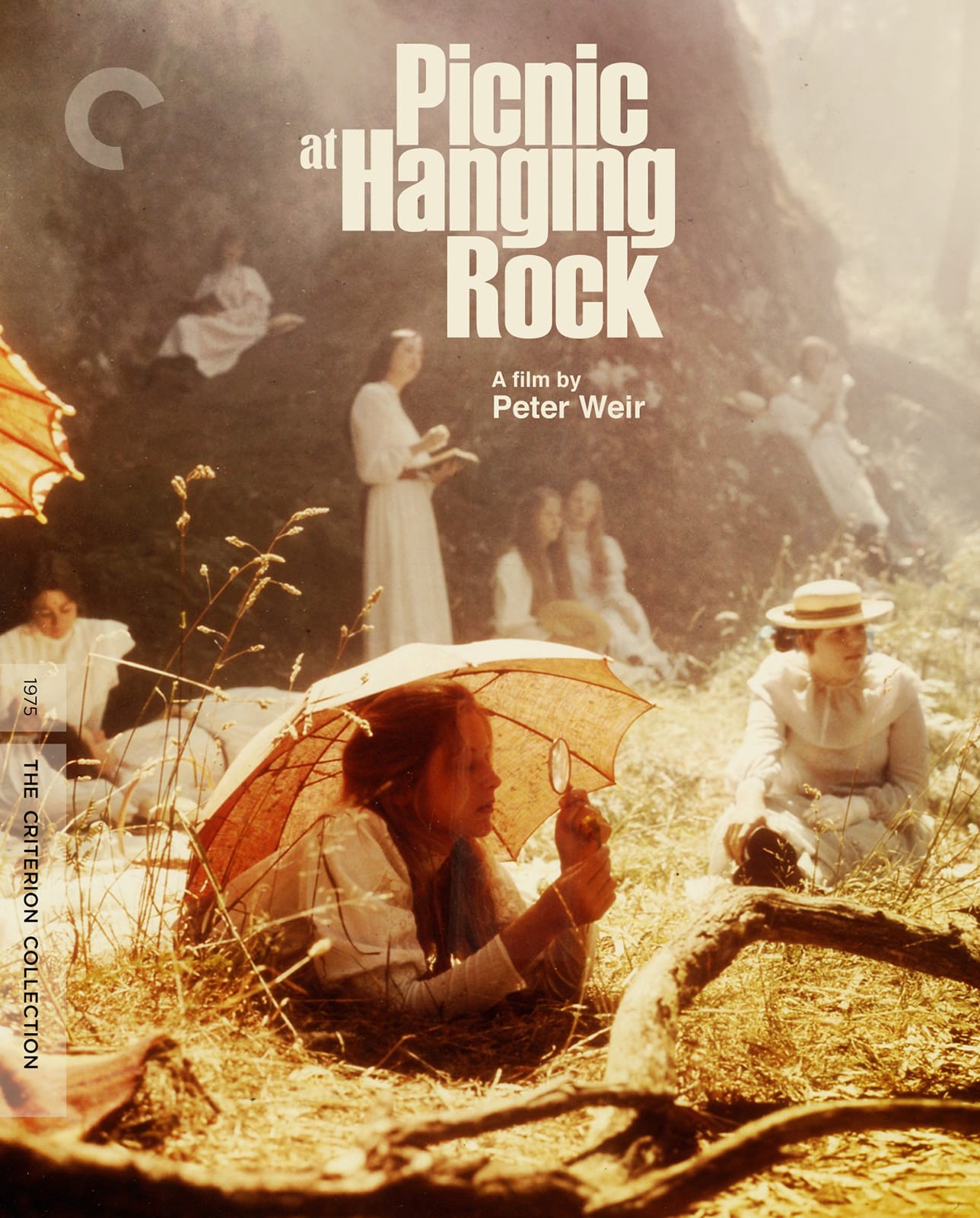 Picnic at Hanging Rock takes the term “Slow Burner” to a whole new level. It feels like nothing is happening for the majority of the movie which does end up hurting the experience. Ultimately the biggest issue here is that the movie is quite boring for most of its run which is too bad since if it leaned more into the supernatural angle then this could have been a little more exciting. It doesn’t quite go in that direction though and the odd vibes the film gives off is not enough to keep it afloat.

The film starts off with the girls at a private school getting ready for their field trip. They are going to Hanging Rock this time and are instructed not to get too close or wander off from the group. Naturally they decide to go up there anyway or at least a group of them do. At first they make it fairly far up the mountain without an issue and are even dominating the mazes. One of them is complaining the whole time but the others pay no heed. Just as it’s almost time to go back, they appear to get brainwashed by some kind of supernatural entity which forces them up while one of the girls ends up running back home. There is no trace of the girls except for one who is found later on. What happened to them and how will the school stay running?

The film is definitely going for one of those unsolvable mystery type angles. Even as a concept I don’t think that will usually work out well for a film though. It pretty much guarantees that the film won’t have much of an ending which is concerning. It’s also going to rarely be very satisfying as is the case here. I wouldn’t say you’re necessarily too invested in the film as it is but it makes the whole thing feel even emptier. A huge part of the film is in trying to locate the missing girls and find out what happened but at the end of the day there were really no answers to be found here.

Of course I would say it was definitely supernatural and the mountain itself based on how it’s presented here. We get a lot of ominous shots with the mountain glaring at everyone and it explains why the girls suddenly got so dazed. There’s always a lot of ominous music as well which works well for the scenes. One thing I will say for the film is that it does a good job of making a lot of the scenes feel odd and sinister. That’s definitely pretty impressive of the film. The problem is that it’s hard to hold this kind of atmosphere for very long without something happening. The film pulls it off for the opening segments of the film but then that’s it. The rest of the film goes back into slice of life territory that just isn’t entertaining.

While it’s always debatable whether it’s worse to be boring or to be bad, everyone can agree that a film wants to avoid both of those options. If this movie had just been more entertaining that could have helped a lot. Mrs. Applewood is probably the most entertaining character because of how she is so transparent in how she only cares for the school. If there is any human antagonist in the film, it would have to be her. She’s even saddened when they find one of the girls because she thinks this will mean even more bad publicity. You don’t get a villain more obvious than that here but she really goes all in on the role. There’s never any doubt.

A lot of the characters here are the main kids who are hardly that entertaining. Albert is a kid who’s a bad influence to Michael and is just around to cause trouble. He just lazes about and doesn’t do anything except watch the girls. Michael may not do much for a while but at least once they disappear he does his best to find them. He even has a trippy dream of sorts and never loses hope that he will find them someday. I’ll give him credit there since that’s more effort than most of the characters were putting into this.

In general the town did their best though. We get quite a few scenes of the townsfolk all launching searches and investigations into what is happening and to find the girls. While none of them is successful you can’t fault those guys for a lack of trying. There were quite a few investigations but when the supernatural is at work it’s not like any of that ever could succeed. Even the girls who do return are hardly much help since they don’t seem to remember much of anything.

Edith for example is still complaining when the grownups bring her back up the mountain to try and describe what’s happening. It’s why Edith has to be my least favorite character here. Lives are at stake and she’s complaining about being tired and sleepy. That’s just super selfish on her part. She doesn’t seem to have any sympathy towards the other kids who are missing which is a shame.

Then you have Irma is found and she really seems to be in a daze the whole time too. She doesn’t know much of what happened and is really quiet even during her goodbye scene until the class tackle her. I wouldn’t be surprised if she’s traumatized after the events on the mountain and has a much better reason to be stunned than Edith that’s for sure. Still, it would have been nice if she could have remembered more and clued the characters in. That would have at least given us something to go on.

Miss. Lumley is probably the only really nice character around. She does her best to instruct the kids and manage everyone’s sorrow. There’s only so much she can do in such a place though. With everyone being shifty and kids vanishing, it’s not exactly an easy environment to make the kids feel welcome in. I applaud her for her efforts but don’t blame her at all for leaving. There’s just no reason to stay in a place like this.

Overall, Picnic at Hanging Rock is a very dreary kind of film. It’s never really sunny over there and at all times the film feels rather grim. Even the ending is super dark and without a conclusion to the case the characters never had much hope. If the film had any hope, the ending would have destroyed it but it was already doomed by then. Nothing really happens for the whole middle act of the film which holds it back further. Throwing in some light hearted scenes or something would have helped a great deal. Instead the film just doesn’t move forward and the weirdness of it all isn’t enough to recommend it. This is one mystery you’ll want to stay far away from.