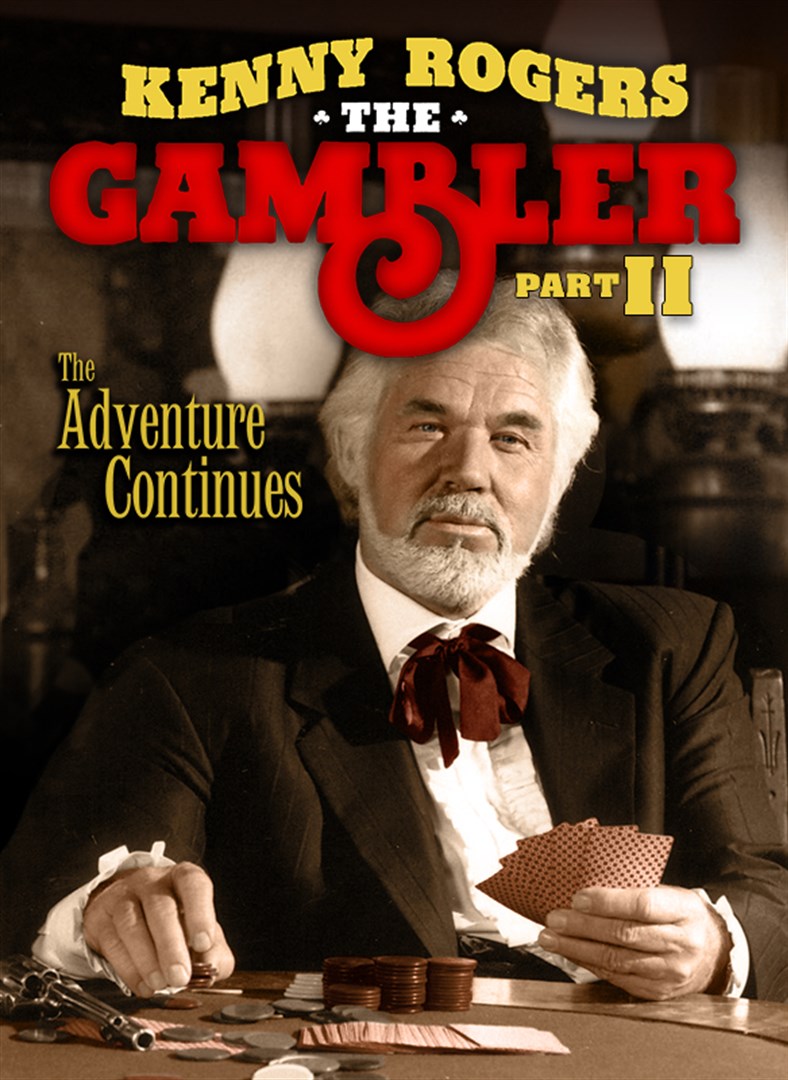 The first Gambler film was fun enough and it continues with a solid sequel. This one was quite long which is definitely impressive. It gives the film time to really slow down and go through the motions as the main character builds up a full team to fight the villains. This one plays out more like a classic western in that sense as the characters jump into battle and there is not a lot of actual gambling here. In fact, there’s only one game but it’s fun enough. I wish we got more card games though because I think that would have definitely been a really good move.

The movie starts with Brady and the gang back on the train as they head to San Francisco. At long last they can get there for some final games. Brady tells his friend Billy that it’s time to retire though as Brady is going to be a full time father now. Unfortunately the train is attacked by the McCourt gang who decide to take Brady’s son Jeremiah hostage. They are now aiming to take $1 million dollars from the bank. Fortunately it is several days away. Brady needs to try and get there ahead of them so he can take these fiends out. The reason for this is because the owner of the train is planning to get all of the money out of the train before McCourt arrives. When McCourt finds out that he has been tricked…well it will not go very well for Jeremiah so he has to hurry at top speed. Can he make it?

Now you might wonder how this would last for 3 hours right? Well, the journey being such a long one that takes place over several days is the key reason here. Usually you would just skip ahead a lot but the film uses this as a way to really show how long this journey is. There are lots of scenes of the heroes traveling, the villains traveling, or both groups just taking a break. Brady also has to quickly go and grab some backup because as good as he is, he won’t be able to take the McCourt gang down by himself. Billy’s eager to help but even then it would be 2 against over 10 men.

So the first chunk of the film is about Brady going around and getting some backup. It turns out that he had a lot of connections from back during his war games. Brady has really been around the block, that’s for sure. None of the guys he recruits are super notable though. I don’t think the recruitment phase was as strong as in the other western titles and I can even tell you why. Usually in this phase, each of the characters gets to look really hype so you understand that the lead is building up a team of all stars. Surprisingly this version does not go in that direction. In fact, you could very easily make the case that most of these guys are only decent fighters at best. They just happen to be fighters that Brady knows about.

The only particularly powerful one is a local bounty hunter named Kate. She is the only member that Brady didn’t know about previously but when he finds out about her reputation, he has to quickly go over and recruit her. She’s definitely happy about the money but is she hiding anything from the group? There is always a risk to throwing a wild card into your deck, even if she happens to be a very powerful asset. I can’t say I liked her very much. Sure, she is a fun character but for most of the film she ends up being a big obstacle and while she ends up turning around, it took a while to do so.

She still beats one of Brady’s recruits who was just a painful character. The guy didn’t even know how to be an effective traitor and lets his feelings get the best of him. That guy got off easy if anything. Even his final lines are him trying to be cryptic again instead of being helpful. Perhaps he used to be a solid fighter back in the day but certainly not in the present. The rest of Brady’s men were okay even if they weren’t very remarkable.

Brady is a solid main character as always. He can fight with the best of them and is always ready with his hand on the trigger. He dominates in the poker game in the film although sadly we only get one game that’s rather short. He also takes down the villain when it counts. He’s effectively the perfect main character in a lot of ways as he’s a great fighter, leader, poker player, strategist, and never gives up. The guy is written as someone with no real weaknesses and the only reason the villains last a while is because they are always running.

Sadly Billy doesn’t get much of a role here. He’s around the whole time but just doesn’t get to contribute as much as you’d like. Considering that he saved the day in the first film I would have liked to have seen more of him here. At least he gives a good speech to cheer Brady up at one point. Jeremiah is on the annoying side. I know he’s trying to help Brady by constantly interfering with the villains but only plot armor keeps him alive after the first attempt. Jeremiah takes way too many risks and most of the attempts just never had a chance at succeeding. If you want to escape that’s fine but you have to do it in a smart way or it’s just going to completely backfire.

McCourt was a decent villain though. He did well to attack the train and get the note in writing about the money. He was just a few minutes from succeeding which was impressive. The guy also tries to be a little more lenient on the hostage even if you can hardly call him heroic for that. He just sees Jeremiah as a big safety blanket in case things go south. The guy has a lot of backup plans at all times so I have to give him credit there. The plan was quite sound.

One character I didn’t care for much was the drunk villain. I think he’s meant to be endearing since he’s the only one who cares about Jeremiah and wants to help but I found him more annoying than anything. It seems like he got in with the wrong crowd by drinking a lot and at this point he doesn’t think that he has a way out. All right, that’s rough for him but he’s still sticking around anyway. He may have more of a conscience than some of the other villains but as long as he’s with the crew he can’t really take the moral high ground. Additionally, there are so many opportunities for him to run off with Jeremiah.

The villains leave them alone so may times in the film. Naturally he decides to make a break for it when the characters are all together so he is caught extremely fast. This is similar to Jeremiah as he always picked the worst times to make a fuss so the characters matched up well in that sense. Now why this film succeeds for me is because it’s a very long film that doesn’t feel too long. You’ll be engaged from start to finish on the adventure.

The reason for this is that it feels like something is always happening. Now these may be details that certainly could be skipped to save on the runtime but it’s still interesting enough to see. The writing is good so the characters are reasonable and we get some solid fight scenes here. At this point the film is completely a western adventure as opposed to being a gambling film (Not like I’d call the first film a full gambling experience either) but it’s executed well. There’s a good amount of replay value here as well since there aren’t any strong negatives holding it back. Throw out the one guy Brady recruited who ended up being a creep and this film would be even smoother.

Overall, This film did a good job following up on the first one. With the films getting longer and longer hopefully it can keep this momentum up. If the films ever jump the shark but remain 3+ hours then that could really be a painful experience. I like to think that the films won’t make that mistake though and maybe Brady will finally be able to get to the big championships in San Francisco next time. That could be the chance to finally have the film centered around gambling this time.