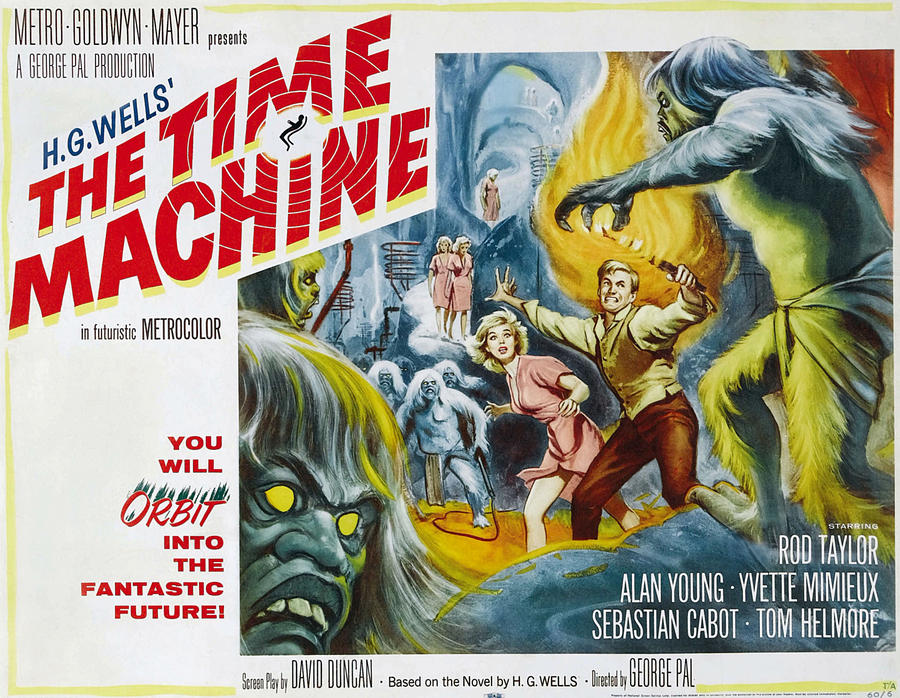 Whenever you have a film with time travel you know that things are going to get good. That was my thought upon watching this film as well and it definitely delivered. What you have to understand right from the jump is that this isn’t an action title though. It’s actually very low key about the time traveling aspect. Sure, there are some punches thrown near the end but for the most part this is a dialogue based film but one that works rather well here and I like the time travel rules that the film abided by.

There are a lot of time travel rules after all. The ones where you can’t alter the past or the future, the ones that create new universes, ones where you can’t go directly to your own past, etc. Personally my favorite styles tend to be when you can change things and you just see a lot of ripple effects. It makes the most sense to me even if we don’t actually know how time travel would work yet. Back to the movie though.

So George invites his friends over for dinner but when they arrive he is very late and appears as if he’s been in some kind of battle. He explains to them that he has been travelling through time and this triggers a flashback which is from the rest of the movie. So a while back he tried to show his invention to them but they didn’t believe him. It was partially on him for only showing them the basic version when he could have messed with the real one and proved the machine quite easily. Instead they laugh and run off while he decides to use this machine to go to the future. At first George just has fun seeing how things will change in the next year or so but then he ends up going over 800,000 years in the future. Humanity seems to finally be at peace but is there some darker secret here? George will have to find out fast because his machine may be in danger.

Naturally if your time machine breaks for any reason then that’s game over so you don’t want that to happen. The way the film handles it, the machines effectively exists outside of time while it is being used and then it appears in the same spot that it was, just in a different universe. It’s a very handy ability that’s for sure and the controls are very intuitive so he is able to stop on a dime in any era. Somehow George even made a mini version of it so he has completely mastered the mechanics of it. He could really become rich with an invention like that even if that’s not really his style.

So the first half of the film is just very calm as he goes from place to place and has fun. He can be a little slow on the uptake and draws attention to himself all the time but nobody is really going to be thinking about time travel so that part’s safe. The real high stakes of the film don’t appear until after he’s in the far future though.

So Humanity pretty much blew themselves up it seems because al technology is gone and the world is back to the cave man era. The people are still rather dignified though so it’s not a full reset. People have grown lazy though because now there is a race of alien type creature that cater to their every whim so people don’t need to work anymore. Their food is served to them and they don’t bother reading so people just live every day on repeat. George is quite dismayed about this but at the same time he meets a lady named Weena that he likes so that’s a silver lining there.

Now he has a reason to embrace this new time period. The film never makes it clear why these other beings are watching over humanity and how they prepare all of this when they seem mindless. There are a lot of questions here and perhaps another film could go more into detail but it’s not like George has a lot of time to find out all of the answers. He’s busy just trying to stay alive the whole time and he does a good job of it too.

I like to think he’ll give some more closure to the characters in the present at some point but the ending is a happy one either way. George was a solid main character once he found his footing and really got used to traveling through time. He should help make the future era a much better one as well. Then Weena was a good heroine as well even if she didn’t get a whole lot to do in the future. She was brave enough to talk to him when most wouldn’t say a word.

The film really thrives because of its writing. A film like this absolutely needs high quality writing to survive since that is going to be what executes on the solid premise. I have no complaints on that area and thought that the script was quite solid. Yes, I do have some issues with how George could have done a much better job of proving his time machine to the group. That is a bit iffy so I’ll just make an excuse for him and say that if his friends would barely entertain this idea of his then maybe they didn’t deserve to see it anyway. He had one good friend in Filby but even that guy didn’t really believe him the whole time. At least he would defend George but that’s about all I can say for him. Nice guy but if he had taken the next step and actually assisted with the time travel that would have been ideal.

Overall, The Time Machine is a fun, dare I say relaxing film. It’s just very low key so there isn’t a ton to say about it, but it’s interesting enough. I think the concept is what intrigues you the most because it’s fun to put yourself in George’s shoes and think about what you would do with a time machine. The possibilities are really endless especially with the level of freedom you have with this machine. Of course you have to be careful not to leave it alone or to let it get broken or you’ll be really sunk. If you want a nice look at the future then this is a good one to check out without a doubt.