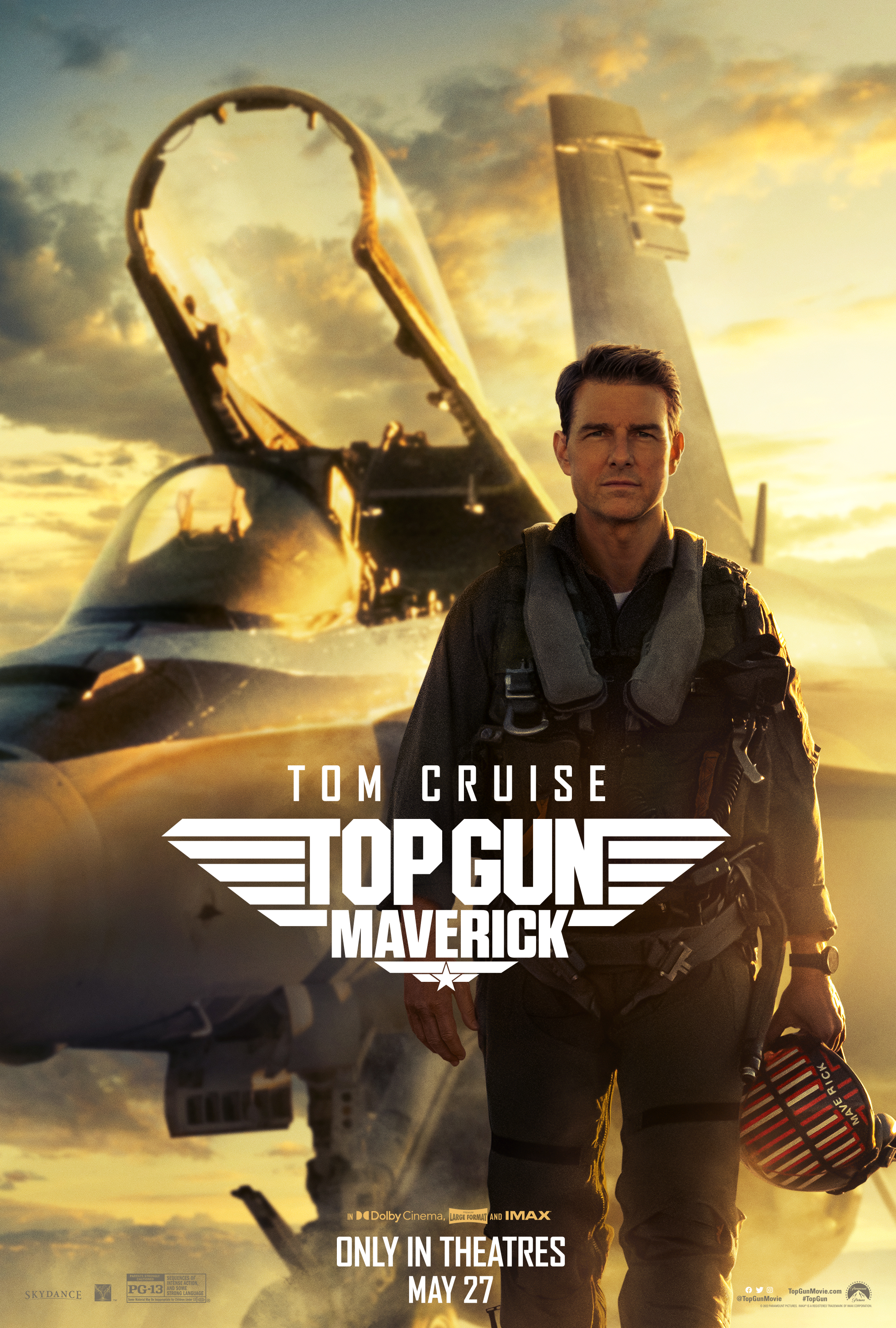 Now it is time to talk about the Top Gun sequel. Maverick got a lot of hype when it was coming out and it is certainly deserved. I would say it even beats the original. In a lot of ways it is a very similar film to the original with a similar plot and constant homages but it executes on a higher level. My two main issues with the first film are void for the most part in this one and there is even a little more action.

The movie starts off decades after the original film and Maverick is helping his team test out a plane that will move at incredible speeds. It can travel the world and is almost like having a rocket ship. He does this against orders though and gets in trouble yet again. This is a bit of a pattern for Maverick but Iceman bails him out each time. Well, things are different in this instance as Maverick is sent back to Top Gun as an instructor on Iceman’s invitation. The enemies have constructed some very dangerous weapons and equipment which have to be destroyed but the route is nearly impossible. Maverick figures he will pull through somehow but that’s when the other bosses let him know that he’ll be working as an instructor this time. Maverick will be training others to go on the mission instead of going it personally this time. He’s not a fan of this but there’s no other option. Can Maverick pull this off?

Making things difficult for Maverick is the fact that Goose’s son Rooster isn’t really a fan of Maverick. He blames Maverick for what happened to his father way back in the day. Additionally one of Maverick’s old flames is back here which will prove to be a distraction for him. Can Maverick focus this time and lead the team to success or will he flame out as a teacher and prove all of his skeptics to be right?

Right off the bat I can tell you that Maverick is a much better character here than in the original. He’s still got his confidence but this time it is even more earned as he spends his screen time absolutely devastating every character that makes the mistake of getting in his way. None of them are even close to his abilities and he beats them consistently in the dogfights. I was glad when he won those and didn’t lose to any of these upstarts. That would have been a little disappointing.

Additionally Maverick is ready to jump into any mission no matter how dangerous. It’s also clear that he understands how to be a leader really well here and plays to everyone’s strengths. He isn’t always a very popular guy there since he can’t always make the fun decisions but he makes the team around him better at every moment. He also has some fun moments as well like being thrown at the bar and a lot of witty dialogue throughout. The movie’s writing certainly hasn’t fallen off after the first film.

Additionally all of its nostalgic moments work really well. The sequel pretty much recreates the entire opening scene from the first film complete with the music and everything. You’ll also notice a lot of other scenes that are either recreated from the first film with a slightly different context or that borrow from the first. It’s all done really well though so the scenes make sense if you haven’t watched the first film and then for those who have, you get the additional reference there. In that way you will have a good time here whether you saw the first film or not.

This time the plot is also a bit tighter right from the jump as you know all of the simulations are leading up to a big mission. It’s nice to see how the simulations are directly used to map out the real mission and how everyone fares there. The whole thing is really focused and while there is downtime for the main characters to connect, they never lose sight of the bigger picture. As a result we get more scenes with real stakes here and those are all handled really well.

Naturally the soundtrack is also really solid here as they grabbed the Danger Zone song again. I wouldn’t say the new song for this movie is as memorable but either way the movie walks away with a very memorable song so it’s in a good place there. The effects are also as good as ever so you don’t need to worry about that. As for Maverick’s cadets, I’d say they were solid. There are quite a few of them so you probably won’t remember all of their names right off the bat but they’re written well. They each have their distinctive personalities and strong points. This is Top Gun after all so you’d expect them to all be reasonably skilled and they don’t disappoint in that arena. It’s a solid cast overall and that’s another area where it beats the original for me. Although in a sense the sequel beats the original in all areas.

The films are close and quite comparable so it’s not like there is a massive gap here, but I would say Maverick just excels in every point a little more than the first. It’s a testament to how much effort was put into the sequel. Even the romance while still weak is an improvement over the first. It was a big missed opportunity for the film to have Maverick and Penny as just friends though. That would have made a lot of sense and I thought they had a good dynamic for it. Not everything needs to turn into the classic romance after all.

So I didn’t really have any big issues with the film. It has a lot of replay value so I could definitely watch it again. The story is good and it never gets boring. The film is long but that gives them more time to really introduce you to the characters and all. It would have been cool to have seen Iceman get to fight a bit as a pilot but ultimately that wouldn’t have worked with how the plot went. At least it’s clear that Maverick is still ready to fly for a long while yet although he should watch out since the bosses (Or rather his boss in particular) doesn’t seem very reasonable and will turn on him at the first opening.

Overall, Top Gun: Maverick is a very good film. It picks up right where the first one left off and Maverick himself is in a good place. He’s kept all of his confidence this time around without any of the shortcomings he had in the first film. This film is definitely very much a feel good movie where it’s all quite upbeat and it works well. Not to say there are no sad scenes here but the vibe is definitely light and works really well for this one. I’d like to see them complete the trilogy on this and I think you could even turn it fully into an action film. I know not everyone would be thrilled about that but it really could work quite well if you ask me.