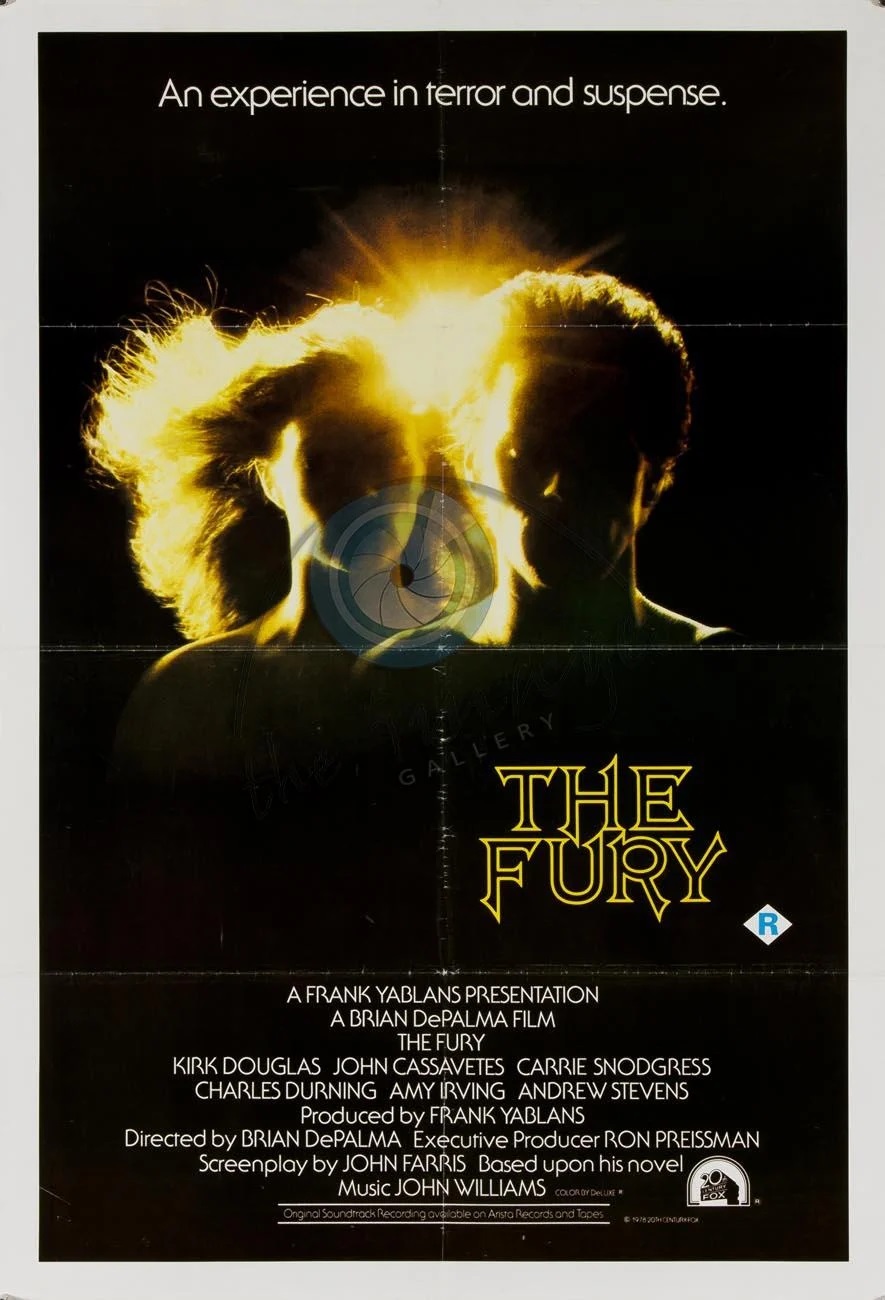 When you mix in government conspiracies with cool sci-fi powers then you’ve got an interesting balance of things to work with. The Fury has a lot of interesting themes without a doubt but it also felt unfocused at the same time. I was often more interested in what the main guy was doing than in the kid who was trying to get used to her powers. The ending won’t leave anyone particularly satisfying which ends up hurting the film a lot in the end.

The movie starts with Peter enjoying a nice vacation with his son Robin. Robin is gifted with psychic abilities far beyond the realm of ordinary men. Peter thinks he should accept it as a gift which will take him to greatness while Robin isn’t too thrilled to have these abilities. The point quickly becomes moot as Peter is shot and Robin is kidnapped. Ben led this uprising as he wants to have all of the psychics for himself and takes Robin to his school for the gifted. This guy has a ton of power and influence so it won’t be easy for Peter to catch him which is why we fast forward a few months into the future.

The new main character now is Gillian and she has blood manipulation powers in addition to the usual telepathic type abilities. So if she makes any kind of physical contact with someone then they’ll start to bleed. Any old wounds will open up and they can die in moments. She hopes that going to this fancy school for psychics will help her but little does she know that the place is as corrupt as it gets. Will she be able to get out of this place safely or is she already in too deep?

The plots with Peter and Gillian do end up converging of course but until that happens her plot just feels rather uneventful next to his. When Peter is around you see him taking on armed guards, stopping pickpockets, having car chase scenes, etc. He’s on a very personal mission to save Robin and the stakes are high so you just naturally get invested. Since months have passed you can also understand why he is really stressed and rushing through this because the villains can do a whole lot of damage in that time. His fears are quite warranted as well from what we see.

Peter makes for a good main character. He’s always moving forward and has his guard up at all times. Even when the stakes aren’t in his favor like when he’s captured, Peter stays focused and even manages to get some jokes in. It’s tough to make him lose his cool and any scene with him was usually quite solid. His girlfriend Hester was also really solid. You know from the start that things probably aren’t going to go over too well for her since she’s infiltrated the villain’s base and is his spy on the inside. When you work with a secret agent your days are usually numbered since you’re not the lead.

Hester is always willing to take risks and help him out and deserves credit for that. Meanwhile I was not a fan of Robin. He’s in a tough spot so of course you do have to cut him a bit of slack but whenever he’s on screen you can see him making the wrong choices. It’s hard to say what he should have done without knowing the context, but with his psychic powers it would have been best if he just took them out. He has a whole lot of power so now’s the time to use it instead of allowing himself to be manipulated the whole time.

The group put him through a lot and effectively broke Robin so it’s tragic but that doesn’t make him a good character either. In the end he couldn’t get past this and was not a likable figure in the movie. His guardian Susan wasn’t good either. Basically her role in the group was to keep Robin preoccupied by having an affair with him even though her heart wasn’t in it. It was just a task for her and it worked for a while which is a strike against Robin for not really realizing. Can’t say I was a fan of hers either, it was certainly a super stressful task though.

Then there is the main villain Ben who is really not that smart sometimes. Sure, things have worked out for him so far so I guess he has some kind of a plan but I would say that he got lucky more times than not. His whole psychic school didn’t seem to have as many defenses as you would expect to keep these powerful fighters locked up. Then his decisions in the ending…man I don’t know what he was thinking. Did he really expect a happy embrace or full gratitude for what he had done? I feel like Ben was really not thinking clearly with how he approached the ending. It makes for a memorable send-off, but it just didn’t make any sense from his perspective.

Finally we have Gillian and as the main character she gets a lot to do but I never felt like she was a great character. She has valid reasons to be nervous about her powers so I understand why she wanted to go to the school (Even if I agree with the mother on the whole thing not sounding right from the start) but it felt like the plot would carry her along. She never seemed to proactively find things out. She gets the main guy into trouble by panicking about her telepathy but beyond that she rarely dives into the fray herself.

Part of the issue here is that it feels like the whole movie could have happened without her and not a whole lot would have changed. Her experiences within the school didn’t ultimately change anything that the film could have just worked around with more intel from Hester. At least Gillian gets to do things in the climax, but of course by then the film is already ending so it’s not like there’s a whole lot of time left by that point.

Also as I mentioned the ending is just bad on all accounts. It certainly goes for the horror vibe at the end as things randomly get super violent. One character’s death is quite over the top as she is spun to death after taking a lot of injuries. You get the big explosion at the end which is also a bit intense but certainly not on the same level. Then one character decides to take the easy way out…even though he knows this could doom another character. It felt so out of character and rushed. The whole climax just didn’t work and that whole thing should have been scrubbed. It’s like the movie decided to abruptly change gears here. If anything maybe it could have benefited from having a sequel.

The setting of the world itself is interesting because I’d like to see how other countries are handling the psychics and what’s going on here. This almost could work as a back-door pilot to the X-Men with the way that the powers were going. If the film had decided to become a full on action I think that would have worked really well too. You just need less experiments and a villain with a bigger goal to really make this work like with the film where kids could enter people’s dreams and were being used as weapons. Now there’s a grand goal and the film had a clearer picture on what it wanted to do. This one just doesn’t go into that level of detail and so the whole thing doesn’t have the full effort that it could have utilized to the max.

Overall, This movie was good for fairly large portions of the adventure but it all falls apart at the end. The ending is one of the biggest things you’ll remember so that was certainly unfortunate. The movie’s really all over the place with the tone as it’s happy sometimes, comedic, then dark and serious, then happy again, etc. A good chunk of this is because of the Gillian plot which would eat up a lot of time but didn’t really change things. I think if the movie picked either Gillian or Peter and stuck to that plot then it would have really worked out way better. You’ve then got one film which isn’t divided up so much. Ah well, maybe next time if they do a remake but in the meantime you can give this one a skip.