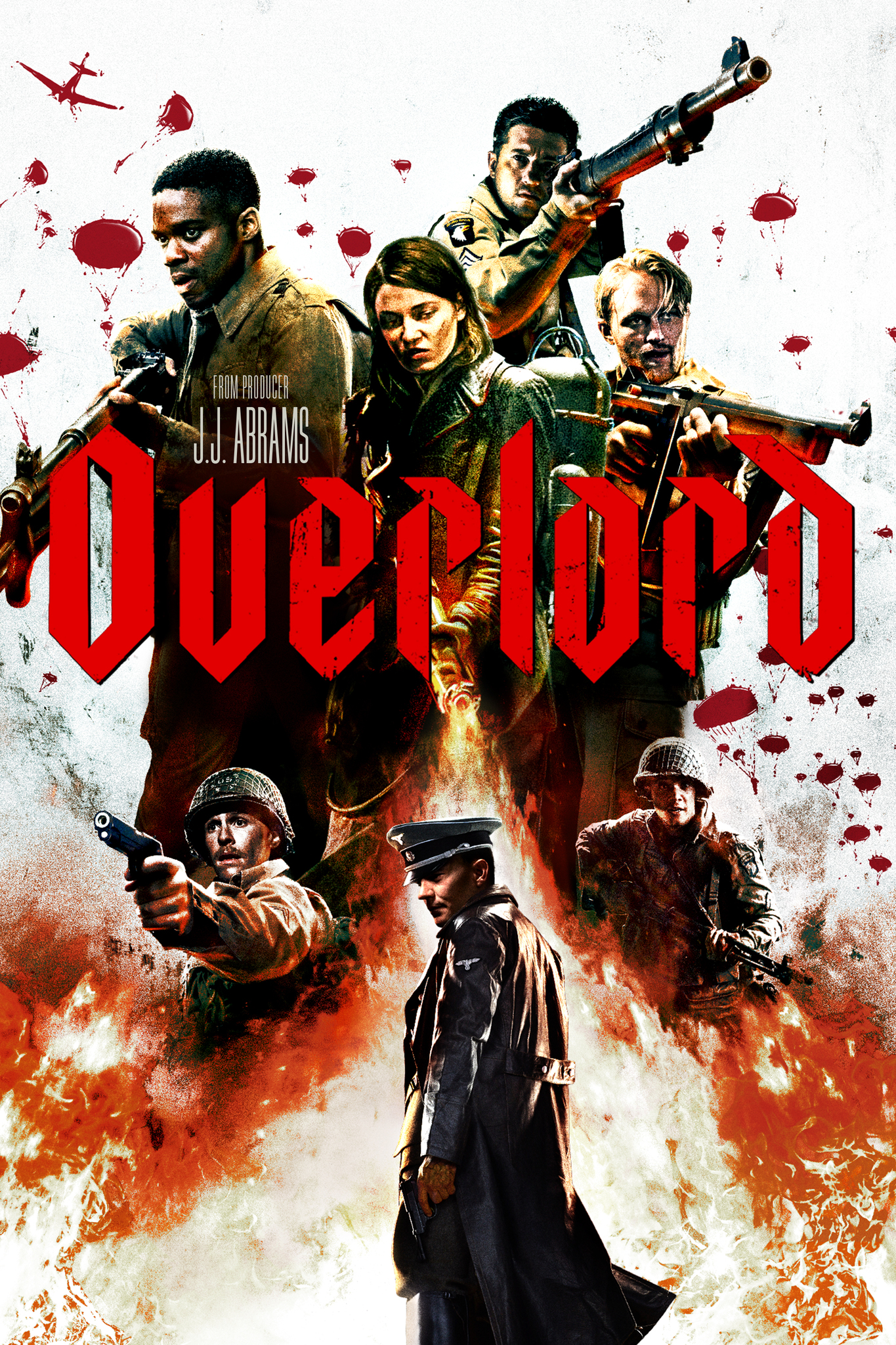 I had a bad feeling about this film from the start. It’s a dark and gritty zombie movie with world war II elements. None of those things sounds very appealing so when you mix it all together then you’re probably gonna be in for a rough time. Unfortunately I was right on the money with this one. It’s a film that never really lets up so you can have any fun scenes in there. Instead it just keeps on going but without any real hook to get to you.

The main character here is Boyce and he’s riding with a team that is being sent out to take out a tower so that aerial support can come in to help the troops take over one of the beaches. This is a significant battle for the allied nations so it is imperative that the tower goes down. If it does not then everyone’s doomed. The plane that Boyce is travelling in gets shot down so there are only a few survivors. They are now the last hope and must try to make it in time. This will be tougher than expected though as the Nazi have more troops here than expected. Clearly something else is going on that’s bigger than just the tower.

Right from the jump you can tell that this is the kind of film that’s going to be giving you the extra details that you don’t need. One character pukes after seeing someone get blown up and it sets the tone for the very gritty realistic vibe that the film is gunning for. Even the zombies in this film are handled in a way where it can be seen as a realistic byproduct of a serum that has been developed. I dare say if you’re going to do this plot then you should be as fantastical as possible but that’s just me.

The film is incredibly violent as you see dismembered people lying around and all sorts of shock imagery for the zombies. The heroes even go and torture one of the villains to show that they will fight as dirty as possible in order to win this. It makes the heroes seem rather unstable from the jump as well. Boyce is shown to be the only one that’s completely against stooping down to this level and he tries to get the others to calm down. Quite unsuccessfully I must say but at least the attempt was made. Nobody else really seemed to have a problem with this.

To get edgy in the other way, the film also has the main heroine getting blackmailed by a Nazi commander so they can have an affair in exchange for her safety. Evidently this has been going on for a while and while it’s finally stopped now that Boyce is here (While his teammate was quite willing to just let it all go down) it’s just another super dark plot that should have been excluded. We know that the Nazis are depraved and psychos, there is no reason to go super into depth with this and show every possible angle that this can be explored in. Ultimately it’s not like it adds to the story in any meaningful way. Everyone watching this film already knows that the Nazis are evil.

The fights are all made to be graphic and so there just isn’t any moment where you get to lighten up here. It’s just a really intensely dark film with a lot of casualties. The only really likable character here is Boyce. He keeps his humanity throughout the adventure and never crosses the line. I would say he did as much as humanly possible in trying to defy his teammates from crossing the line too. I think the rest of the characters would not have even made the attempt so that’s something that’s at least worth acknowledging there.

Now I will give the film this, it did have a good track or two during the movie. That was at least a good positive I could give to it. That’s really the only one though. The cast is not a good one and it’s hard to enjoy any scene because every second something violent or dark is going to happen. If you want to have a film about a group of troops behind enemy lines trying to do good, then you have to do something a little lighter and with more time to see the team bond and infiltrate. It needs to be done without making the heroes too unlikable either. One of them’s even a jerk to a kid the whole time for no good reason. He’s stressed out but don’t take it out on a kid.

Ford is the most unlikable out of all the heroes. He’s the one who tortures Wafner and keeps on telling Boyce that they have to ignore what’s happening in front of them and focus on the mission. He’s not the guy you want to have at your back. Following the mission is good and all but you still can’t let someone get attacked or die in front of you. The torture scene also wasn’t a good look for him. Heroes should definitely never resort to that kind of tactic. It eventually ends up with Ford and Wafner fighting to see who can dish out the most damage and make the film as gritty as possible. Their battle is probably the most violent one in the film.

Of course Wafner is an awful character. What more can be said about him, he’s a Nazi commander who abuses his power and gladly agrees with the administration. He’s a terrible person through and through. The main heroine Chloe did her best in the tough situation she was in and looked good during the movie at least. The only scene with her that was iffy was nearly getting tricked by a random soldier into entering a cell with a monster in it. Surely you would have the soldier go in first right or at least keep your gun trained on him?

Tibet is the guy who was mean to the kid for a while. By the end of the film he sees the error in his ways at least. He was the most entertaining of the group as he was always joking around and trying to have a good time but I still wouldn’t call him a great character in the end. He’s super jumpy and just doesn’t carry himself like a proper soldier. Finally you have Chase and he did well once he stopped worrying about the camera all the time. There are definitely bigger things to think about here than getting the right shots. That’s for sure.

Overall, Overlord is definitely a film that you’ll want to pass on. It’s really just nonstop grit as they fight off the enemy soldiers and occasional zombies here. The extra details are what really get you though as you have to see every action to remind us how tough the war is and how intense the villains are. Zombie films are typically a thumbs down all the way though so it’s not particularly surprising. If you really like this kind of film then by all means it’s time to jump in but otherwise you’ll want to give this one a really quick pass. It just doesn’t have anything to really salvage it and so the film feels like it’s extremely long.