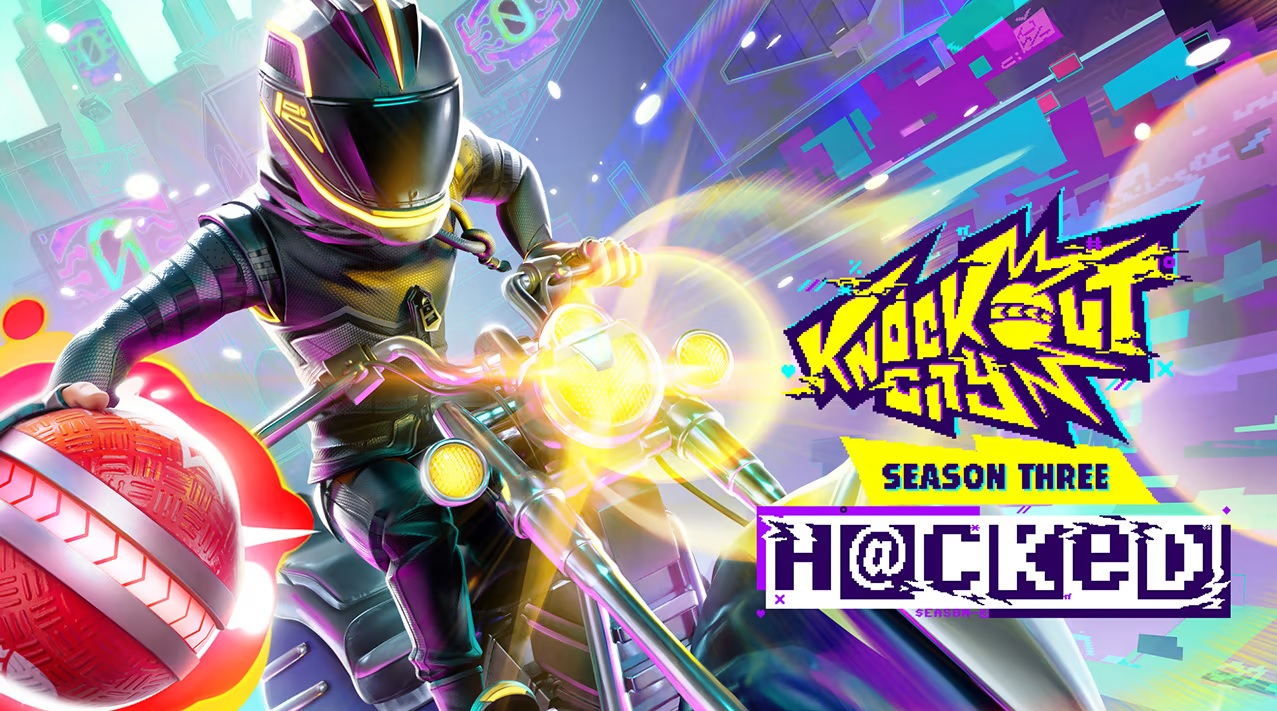 Knockout City is one of those free to play games that looks like a lot of fun but I wouldn’t say that it was marketed too heavily. It was certainly possible to just end up missing out on it. Well, I got to play it and it’s quite a bit of fun. Its main weakness is that it does rely on a team format meaning you can only do as well as your teammates. That is sure to get a little dicey for a while unless you can find a squad to join up with but it’s a solid all around title.

The games really follow the ole Dodgeball rules. It’s not instant elimination when you’re hit though and instead you respawn somewhere on the map. A typical match is a 3 vs 3 battle and the first team to 10 points wins. Getting hit by a car or falling off of the map will award the other team a point as well so you really have to stay vigilant at all times. Otherwise you could wind up giving the other team some instant points.

The controls are fairly easy to get the hang of. You can shoot the ball, pass, jump, double jump, and glide. The most important mechanic of course is catching a ball when someone throws it at you. You don’t actually knock them out by doing that but you prevent them from taking any points and can then fire your ball back at them right away. A good defense is a good offense right? This is the best chance to put that into practice and really dish out the damage. It take a little practice but before long you should be able to pull this off without too many issues.

There are different balls which all have different abilities so you’ll want to keep an eye out for them. The level has a little info section about the ball so you always have a heads up though. There’s only one kind of gimmick ball per level so you won’t be seeing a ton of them just show up. That said, it’s hard to beat the classic ball since it just feels really good when you’re able to secure the win there.

There are other modes too like a super hero one where everyone has powers and a 2 v 2 v 2 mode. Unfortunately there is no free for all or survival kind of mode. It would be nice to have at least one mode where you were on your own and I think the game should look into getting that mode available right away. There’s a whole lot of potential there right out of the gate and not using it just feels like a pretty big mistake.

So the game is fun but here are my brief issues with it. I already went into the lack of a solo mode. The other one is that the wait between matches can feel a little long. The announcer is trying to be very engaging with how he yells between the rounds but it’s more on the grating side. I would say you don’t need an announcer here and the game could just use that time in silence or putting you in a practice field like what Fortnite does. It would make the matches a little more seamless.

I also think the game could show where the dodgeballs are a little better. Sometimes it feels like you’re running around for a while trying to find them and I suspect this was not intentional. It just doesn’t seem to me like the game would want to make it hard for you to find the Dodgeballs so I suspect this wasn’t intentional. Perhaps there is a way to locate them easier and the game’s tutorial just didn’t cover it. That’s certainly possible so I don’t want to rule it out.

The graphics are solid here. They may not be cutting edge or anything as this is still a free to play game but it does well enough for itself. You should have a good time here. Then there is the soundtrack which is more on the forgettable side. You’re here for the gameplay either way though and that’s where the title excels. It does well with the Dodgeball mechanics and now we really know that the sport is possible to make into a video game. I’m surprised more titles don’t adapt this sport. I feel like there is a lot of potential here.

There’s naturally a ton of replay value as this game should go on for many years. You’ll have different modes popping in and out, new items, outfits, etc. As you progress through the levels you’ll unlock more things as well and one of the main advantages of a game like this is that the content never has to end. So if you like Dodgeball then this is a solid one to check out.

Overall, Knockout City does well in what it’s trying to accomplish. I had fun playing some rounds here and there. Ultimately it’s not quite as good as the big free to play title on the market in Fortnite though so it will be hard for this one to break out. It may end up getting a strong core fanbase but ultimately you need a lot of people if you want to become the next big thing and I’m not convinced that this one will make it in the long run. Guess we’ll see how it plays out.