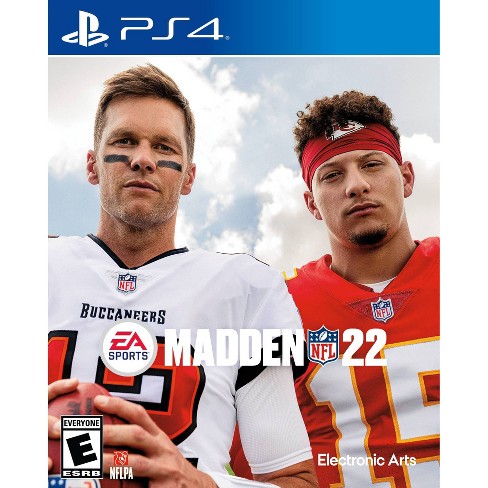 It feels good to finally be caught up with the Madden series. Long have I waited to play the big modern game to see just how the series has evolved. Well, it feels nice and modern but it is hard to say that much has changed since Madden 21. There are more pop up ads but beyond that the glitches are still around and there is a lot to do. Madden will always be a spectacular series with incredible peaks but you do feel like EA could and should do a little more with it. Putting Madden 23 on the Switch would have been a great start, but I guess that won’t be happening this time.

What I always do to really test out the Madden experience is to play a full season. I don’t have online so I did an offline version of it and just went through all of the matches. I tend to just play offense and sim the defense side but I did the full experience for the Super Bowl. Ultimately you’ll be glad to know that I won the whole thing. I even did it on All Pro difficulty level this time as I usually just play through the pro experience. I feel like the game was a bit easier than usual though as I even tried out one match on All Madden and was able to complete it without any real trouble.

I thought that was a bit surprising because usually that mode is really crazy but it could also just be that I’ve been playing so much Madden lately that I’ve pretty much adapted to it. After all, you’ve always got a chance when pulling out a pass play, you’ve just gotta have the reaction times to make the throw before the defense catches on to you. If you don’t then it’s truly game over.

Usually this game would be an instant 9 just because the gameplay is so amazing but EA has really made sure that the offline experience has deteriorated which takes one star away. For example I was minding my own business and playing franchise mode when all of a sudden I noticed that my record wasn’t right. I actually lost my first game which you could probably account to nerves but then all of a sudden I was undefeated. That’s right, the game actually flipped one of the outcomes to my favor. I would have not been happy with it if it was the opposite way as well. You want your record to be proof of what you’ve done in the game so having it change like that is incredibly suspect.

I definitely had to shake my head at that. I checked up on this online and apparently it’s fairly common. That’s something that should have been fixed by now tbh. Ah well, at least the gameplay is still top notch. I always enjoy playing on offense and getting the job done. I’ve tried playing it more like a real Football game so I run on the first and second downs a lot of times and then open up the passing game. Some times I would barely even need to pass because the defense just couldn’t stop the run.

The animations seem to favor the running back more than usual as he always seems to fall forward for an extra few yards. Definitely handy for having some real manageable third downs at the best times. Passing will always be the best though because win or lose, it always feels like you’re in control. Just be careful with the deep balls as they are rarely worth it. That’s one area where the game still needs to improve a bit because cornerbacks are way too athletic compared to the receivers.

Naturally the graphics are really good here. EA spares no expense on that front and the whole thing just looks and sounds good. The presentation is good and each game feels new and different. There is a lot of content to keep you going aside from the main franchise mode as well like ranked battles, training, story mode, etc. Madden has never had a lack of content and that hasn’t changed here. You’ll be able to keep yourself busy at all times and it will definitely last until the next one.

The only catch of course is that a considerable amount of content really depends on you having the ability to play online. If you can’t play online then you still have a lot to do but I wouldn’t call the content quite as unlimited. So keep that in mind but the price always drops right away anyway so you can get a good deal on this at any point. The trick is to just never buy the Madden games immediately. I think the only exception would probably be if you do have the online and want to get in on the hype. Then I totally understand in that case.

Overall, There’s not a ton to talk about here in part because of how similar all of the Madden games are. You’ve seen all of this a million times already so it’s not really trying anything new or breaking the boundaries. At the end of the day it’s just the same experience that you’ve always had. Of course I’ve always enjoyed this experience so that’s not necessarily a bad thing even if it does just make EA look super greedy. Surely they could do more with the Madden franchise than they have been. Some obvious items are things like the glitches that people have been reporting for years and allowing you to skip cutscenes in the story mode. Just working on those two things would do a world of good. So if you like Football then you should definitely buy this one but otherwise you can just buy an older year for a cheaper price while having the same experience.