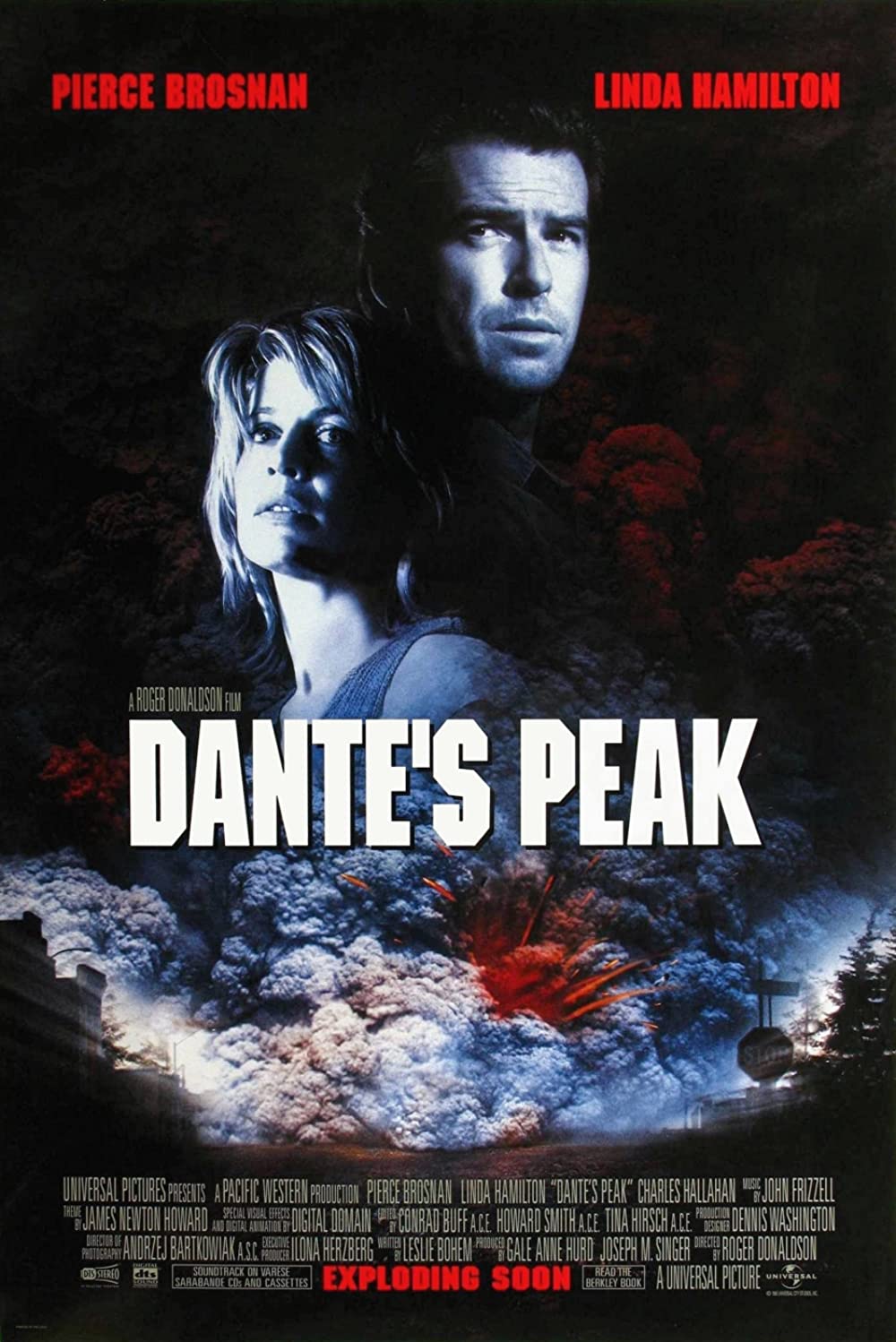 Volcano disaster films should always be hype pretty much by definition since lava should make for a great visual. That’s not always the case but it’s a good rule of thumb at least. I would say this is a solid disaster film as well, we get a lot of danger and good visuals. Some really annoying characters for sure but it’s an entertaining movie with some solid pacing throughout. I definitely didn’t have any big issues with it.

The movie starts with Harry and his partner trying to escape as a volcano is erupting but unfortunately she has them hang back for a bit to try and grab some computer files. This ends up backfiring completely as they leave too late and she gets crushed by falling debris. Ultimately there is no way to recover from this and so Harry is now back to being alone. He then gets called into another potential volcano situation and it looks serious. Unfortunately even though his boss Paul specifically invited Harry here to gauge the volcano reactions, he thinks Harry is being a little too presumptuous and denies the action. This prevents anyone from evacuating until the volcano actually blows up. Will they be able to escape now or is it game over?

I would say that part of what makes a volcano situation particularly deadly is that just touching the lava would mean game over. It’s not like touching the stove where you can quickly leap away if you have good reaction times. Let the lava hit your leg and you’re not running anywhere. So with that delay a lot of people really don’t have a chance here. There are some intense images like when we see the bridges just collapse into nothingness and everyone crashing. Your best bet in a way is to go to the water but even then lava can survive for a bit on that surface. We also see that it boils the water up to an incredible temperature that just cannot be survived.

So water sounds good in theory but it’s probably not your best bet. Your best bet if possible is to put as much distance as possible and hope a rescue squad arrives but it’s still going to be a tough call. The body count here is quite high and we can blame Paul on this completely. The film tries to give him some hero moments later on and that he means well but at the end of the day he chose to gamble with everyone’s lives. That was a really bad call and it’s really hard to come back from that. Especially because it’s not like Harry was crazy.

In some disaster films you can see why the main guy is written off because he is acting erratically or not making any sense. That’s not the case here as Harry was being very careful from start to finish. I don’t really see what he could have done differently. He did all of the tests by the books and then used the evidence to show his findings. Paul just decided to ignore this and I didn’t think his counter reasoning was all that good. What’s the point of bringing in your best man if you won’t accept his findings?

As for the mayor Rachel, I wouldn’t put much blame on her. Ultimately she did end up listening to Paul but he is the big boss so that makes sense. In her position it’s hard to say that she should have listened to Harry. There were some warning signs but in the end it’s natural to listen to the experts when they’re talking. That’s exactly what she did so you can’t really fault that. The film was starting to set up a romance with her and Harry which is a bit iffy though since he lost the lady who was going to be his wife in such a tragic way.

Yes, time has passed but you don’t just do a rebound like that. While the film doesn’t go too far with this, I would still say the romance is a weak point here. Rachel’s kids can also be on the annoying side. They do try to help near the end of the film which doesn’t make the situation any better but I won’t deduct too many points for that from them. I do think the boy just randomly going to prohibited areas is a bit much though. His mom’s the mayor so he should be behaving himself more.

One of the most annoying characters is the grandmother though. She decides to just ride out the volcano in her house for some reason. Whether she wanted to test her limits or just didn’t think it was a big deal, it’s still selfish because she has family. It was natural that someone would come to check up on her and everyone nearly died as a result. You can only make that kind of a choice if you’re on your own but otherwise you have a lot of other people to think about.

There’s a scene involving the dog that nearly gets very messy but fortunately the movie doesn’t fall into that trap. The scene is intentionally meant to get you a little stressed but I can accept that since it ends well. I still don’t think it’s a good idea mind you, as using a dog to make everything tense is the cheap way out. You need to just let the volcano do that and it was already effective so why go through all of the extra effort? The film needs to have confidence in itself.

Overall, Dante’s Peak is a solid film. The writing is good and it’s an interesting story. I do tend to enjoy my disaster films as the visuals are always a lot of fun. Imagining how the end of the world can be also helps to show the appeal of these titles. In this case being locked in an island with a volcano erupting definitely sounds absolutely distressing. Even if you live through it, you’ve lost everything so the recovery process is just as scary. It would probably make this a hard watch for anyone who has actually had to experience something like this. If you’re up for an intense thriller though, then this is the one to check out. There’s definitely a body count here as well so don’t expect everyone to get off the island without a scratch.