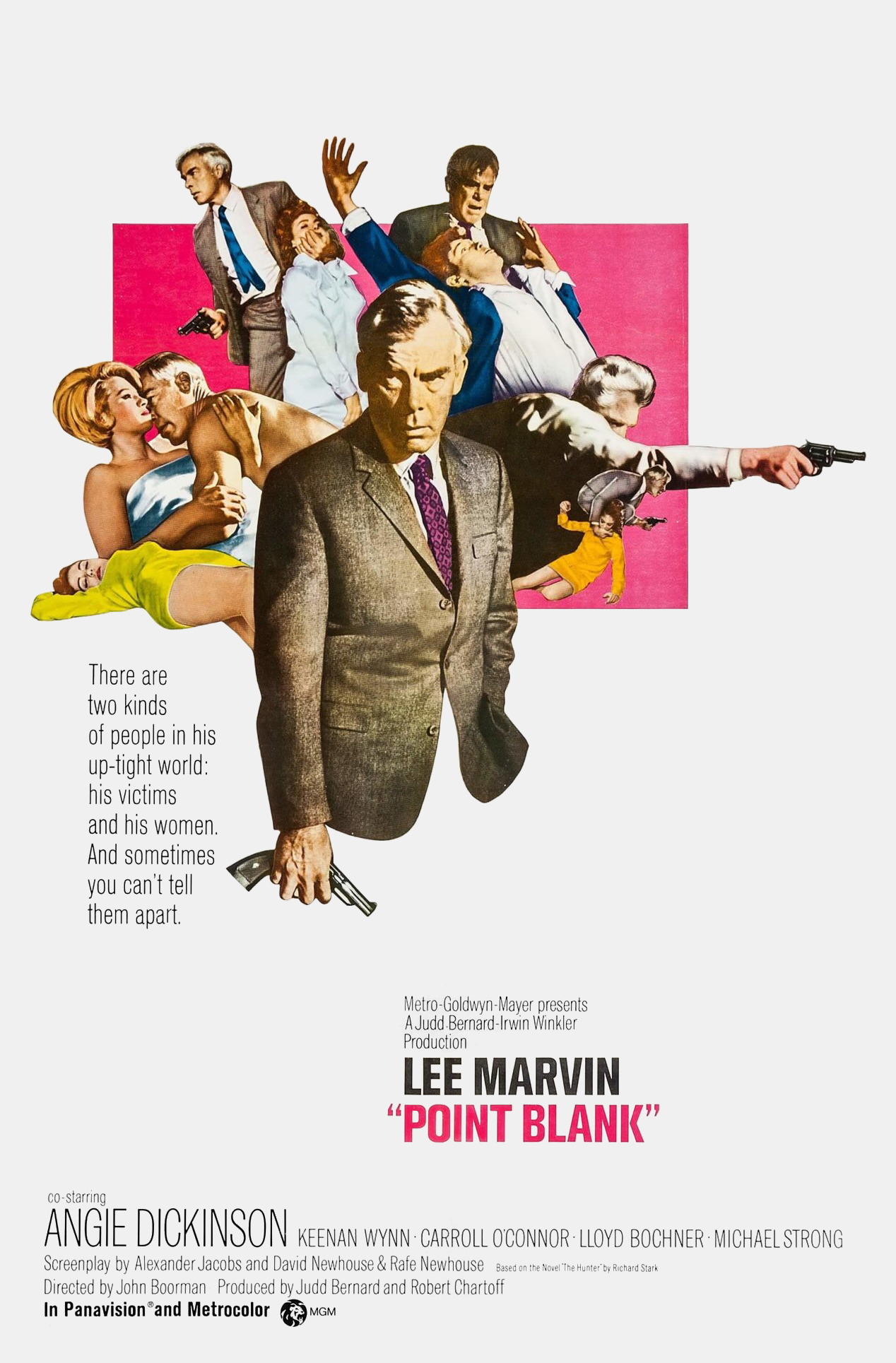 It’s always very and I mean very risky to backstab a fellow villain when you’re trying to make a lot of money. Remember that this is someone who was willing to go on such a dangerous mission in the first place so he will stop at nothing to get revenge. That’s really what this film is all about to, it’s a big revenge title. The movie works very well as a noir thriller where every scene is ominous and you never know what will happen next.

So the movie starts off with Walker on the big heist so he can finally get rich. Unfortunately he is shot in the back by his partner Reese who runs off with the cash and Walker’s wife. A long time passes but Walker eventually gets out of jail and he’s eager to even the score. He lives solely for revenge now and nothing is going to deter him from getting that. Whatever it takes, he will get his money back. So begins a long journey where he faces off with every big figure in the underworld. Will any of them give Walker his money?

Now right off the bat while this is a serious noir title, there is one part of the story that almost feels like it’s part parody. So Walker really wants his money which is just as important as the revenge. First he goes to Reese for it but when that doesn’t work he begins climbing up the criminal food chain in order to get it. He goes after Reese’s boss, then that guy’s boss, etc. all the way to the top. The issue is that none of these villains have any money.

Yes, all the big shots of the criminal empire have their funds tied up in assets and generally non cash objects. That is really hard to believe when their lives are literally at stake. You have them talking matter of factly about this even when they are being threatened and ultimate murdered. A lot of villains lose their lives over this as Walker isn’t playing games. He actually means to keep on destroying everyone until he gets his money so the villains should just produce it already. You can’t tell me that the heads who have near unlimited power aren’t able to scrounge up the money.

So that was always odd but it would never deter Walker. He just kept going after them and there was a really handy informant who had his back as well. It pays to have good intel so you are always on the winning side here. You won’t have too much sympathy for Walker’s wife Lynne though as ultimately she did go with Reese here. Not a good move and it just makes her look so bad. So even when she has regrets later on, it’s clear that she had made her choice and it wasn’t a good one.

The movie does have a sense of humor though even while Walker is on his mission. At one point he is able to get onto the elevators because the villains are basically goofing off. Then you have the guy who tries to trick Walker into getting in front of a sniper rifle but the tables are turned on him. It’s not laugh out loud funny like a big gag movie but the subtle humor worked well. It’s a very serious film but not one that always feels like you’re dreading the next moment. It has a lot of energy to it.

There’s also a rather trippy scene where Walker is navigating his way around a house and Chris is mocking him through loudspeakers and all kinds of devices. She really went through a lot of work to get the whole place set up and even lands a really long combo on him. The romance in general here is really weak as you feel like Walker wouldn’t be moving on just yet even after he was betrayed earlier. His mission comes first but then again you could almost still say this is part of the mission. He needs to waste some time between targets to be there at the right time and this may just be how he does it.

The writing is really solid here and I can’t think of the last time I saw a bunch of villains being as nonchalant about their evil empires as these guys were. They would sit on the couch smoking a cigar while talking about how they don’t have the money and how they can bump anyone off. They acted as if these guys all owned rather large companies and were just making business decisions. In some ways I suppose that really was the situation.

The crooks own the city and that’s a rather scary thought to the normal people. I guess you either play ball or that’s game over for you. The ending links up well with the opening and is a solid way to end things off. You get to decide exactly what Walker does at the end and if the package is worth it or not. Personally I do think the whole thing was legit this time with the package but it’s good Walker didn’t go out or he’d probably be gunned down. I do think he ultimately will make a move and it would work out though because Walker will eventually charge and the other guys should be gone.

As a final note, I think the film works as much because of what it didn’t show as what it did. There’s a lot of hidden lore here and dynamics we just don’t know about. The film doesn’t explain everything and I don’t think it needs to. Everything is kept very mysterious and that works exceptionally well for a noir. The more vague everything is, the more you get to try and put the pieces back together yourself. It adds a layer of unease to the whole thing and this atmosphere stays from start to finish. The film doesn’t fumble here.

It’s not perfect to be sure and has some weak elements like the romance and character basically going through with an affair to get the villain to drop his guard. I never like that approach because I don’t think under any circumstance you should allow yourself to be compromised just to complete the mission. There has to be a better way and at that point you just delay the mission or try something else even if it’s a bit riskier.

Overall, Point Blank is a really solid movie. You get to slowly pick up the pieces with Walker and he is a fun lead with how resolute the guy is in getting revenge. He will stop at absolutely nothing in order to get his money back and that’s real dedication right there. Nobody’s going to double cross him in the future, that’s a guarantee. If this film ever got a sequel I’d be all for it but there is some charm in being a one off since you really just get to imagine how it all played out.