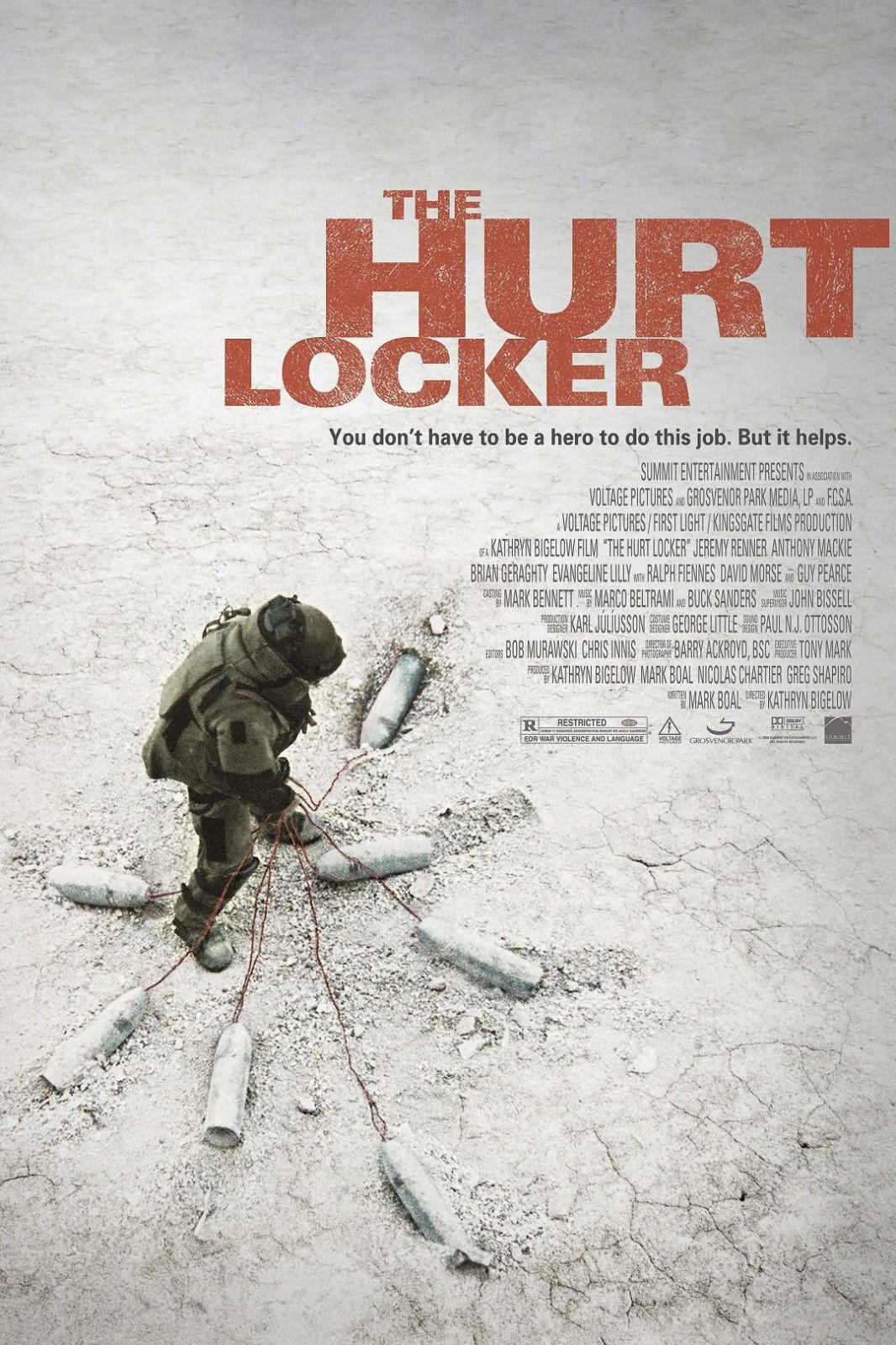 The Hurt Locker really goes in depth with how dangerous it can be to try and disarm bombs in hostile territory. At times the film moves a little too slowly so pacing is an issue here but it’s still a good movie all around. It’s got a lot of good qualities to it and tells a solid story. It probably could have benefited from some more fight scenes but it’s not really that kind of movie.

The movie starts with Sanborn and his squad investigating another bomb. They have to disarm it and quickly leave. Unfortunately the robot malfunctions so one of the squad members has to go in personally and he dies in the explosion. His bomb suit didn’t really help at all this time. So in comes the replacement, William. William is one of those guys who doesn’t mind making a lot of splash plays and is eager for thrills. He has a very reckless nature about him and tends to disregard orders rather easily. This of course does bring up a lot of tension within the group and he’s also putting them in danger. Sanborn may have to make a difficult choice about this.

Unlike most war films, this isn’t about a squad on the front lines. For the most part these guys come in afterwards to disarm the bombs and make sure the general area is safe. They have to be prepared to fight at any point but that isn’t their main purpose. It’s an interesting angle to focus on but that also means that it won’t be nearly as exciting. For example, there’s a very long scene where the characters are just walking down a street towards the bomb. William then has to put on the suit to go there but it’s hard to move in that thing so it’s all very slow. The scene just drags on and on for a good while before he gets there.

You’ve also got a stand off where there are two guys in a building so the heroes have to prep a sniper rifle and watch from their vantage point. This stand-off lasts for a long while but it’s more on the boring side since nothing’s actually happening. Of course it’s easier said than done to try and storm the base but that probably would have been a lot easier. The Hurt Locker consistently takes any scene and then drags it on quite a bit. That’s its biggest weakness in a nutshell. It’s really my only big weakness for the film but it’s one that destroys any replay value. This is definitely a movie that you only watch once.

As for William, he’s a fun main character but does go too far on the rebel stuff. Throwing away his communicator was a big mistake and likewise running into a demolition field because he forgot a glove is a bit much. You can see why he really tests everyone’s patience here and it nearly costs him everything. Even Sanborn thinks about bumping him off at one point. That would have definitely been a huge mistake even if William was annoying though.

William’s job is the most dangerous as he has to be around the bombs so much so you do cut him some slack, just not enough for all of his actions. It’s definitely a job where there probably aren’t a lot of people lining up for it so I could see him getting away with a lot. As for Sanborn, he’s a solid leader. Definitely a lot more by the books and he can’t wait for this deployment to end while William is happier to be here. I can definitely sympathize with Sanborn a lot.

He’s doing his job so he’s not backing out or anything but he’s doing it because it’s the right thing to do, not because he actually wants to be here. It’s a really big difference. It certainly does help really paint Sanborn as a good character because he’s contending with a lot of fear throughout. Then you have John who isn’t even a combat guy but ends up going onto the field at one point. Things don’t go great for him but he did live up to his words that he would go onto the battlefield as needed. He didn’t shrink away from his responsibilities for a moment.

There’s a kid named Beckham who ends up being a rather important player here. Not so much because of what he does but what is seemingly done to him. It’s an understatement to say that not too many people are thrilled about the division being around so the heroes always have to be on guard but this kid enjoyed their company at least so William starts to grow attached to him which gets a little tricky with his duties.

Ultimately one of the tough parts about being in this squad would be minding your own business. It seems like a lot goes on here and someone could take out a gun at any moment. You can’t pro-actively just start attacking because there are a lot of innocent people here so you’re forced to be reactive. The amount of stress that comes with that has to be absolutely crazy. For sure everyone here probably had their wills written down before going on the mission.

Overall, The Hurt Locker is a film that really goes into detail on what being in the field is like. It’s well written and all seems pretty accurate to me. I think it could have just moved things on a little quicker and sped all of the scenes up. That would have helped a lot with the pacing and I think you could still get the tense atmosphere across even with that. The setting itself already helps a lot with that plus with this kind of film you know that the characters aren’t completely safe. They could still be destroyed at any possible moment.