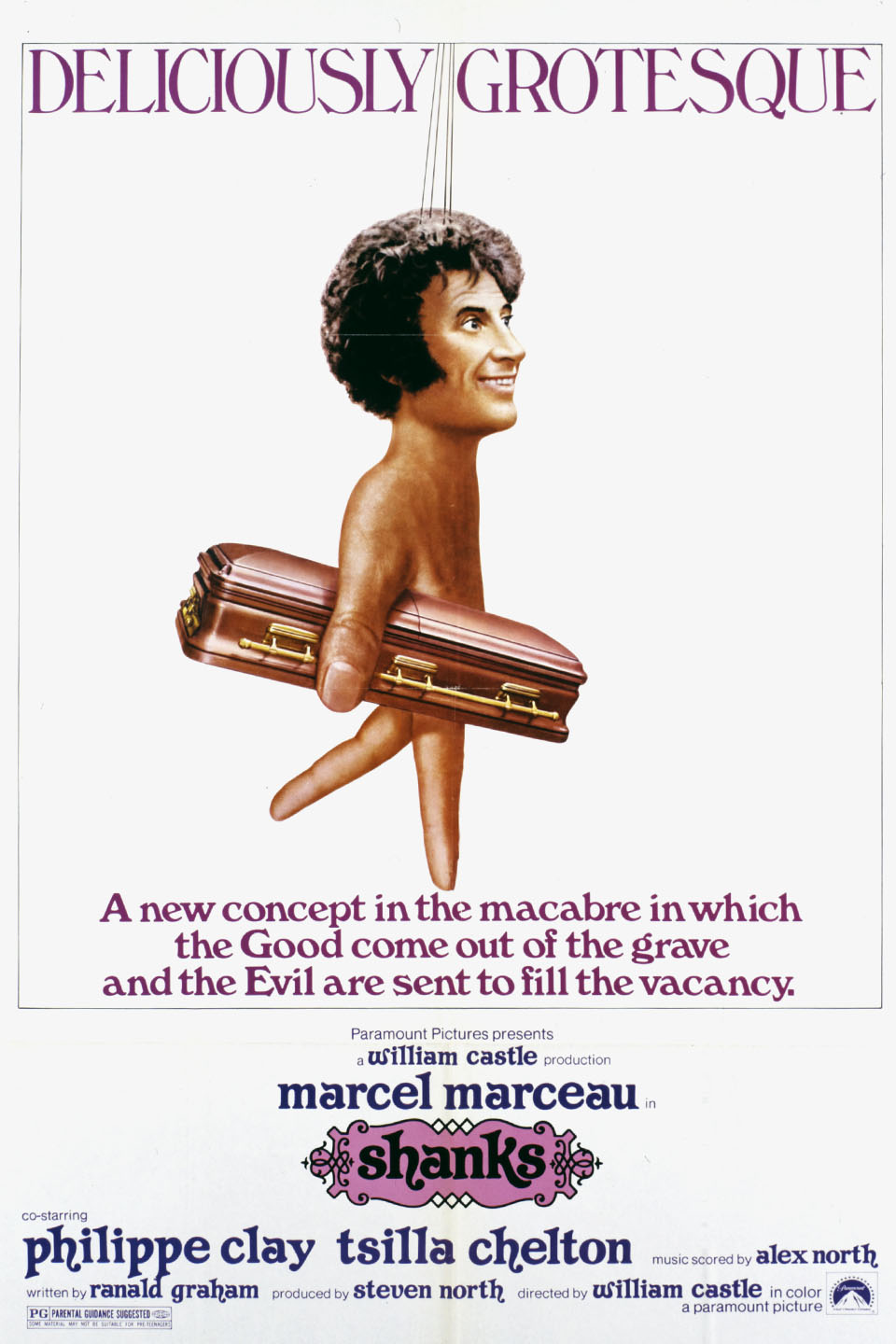 Oof, it’s time to check out a film that was really not very good at all. That’s an understatement as this film is quite terrible and has to be one of the weakest films overall. There are no real good things to say about it by the end and it really drags on. I haven’t seen a film with pacing this bad since 2001: A Space Odyssey. So strap in folks because we’re in for a wild ride!

So the movie starts out by introducing us to Malcolm who can’t speak. He performs puppet shows during the day to earn money but unfortunately his family is rather corrupt. His sister an brother in law are both abusive and the guy gets drunk. They take it all out on Malcolm who basically has to take care of the house, earn the money, and do his best not to go crazy. Those two don’t contribute at all but take a lot of his money every time it’s pay day. So his life is just rough and the only person who is nice to him is a girl named Celia who looks forward to his puppet show for her birthday.

Well, one day Malcolm runs into an old man named Mr. Walker who runs crazy reanimation experiments. He lets Malcolm work on them too and the guy is thrilled. Basically you can stab anyone with these needles and then you can control them with a video game controller. Not a bad invention eh? It’s certainly got its uses and then Mr. Walker dies. Malcolm decides to take over the experiments and Malcolm’s family is bumped off so Malcolm reanimates their bodies. He now has the silent family that he always wanted and parades them across the town. It’s all going good for him until a gang of evil bikers show up and decide to terrorize the place. Can he defend Celia or is it all over?

This is one of those movies that is trying to be as dark as possible. It’s also just really mean spirited as the characters make things as hard on Malcolm as possible. Seriously the guy can’t even talk so that he could speak back to the other characters and they break his stuff for no good reason. Malcolm gets beat up and then of course you have the bikers who break into his place and beat him up some more.

One of the villains also has to be a creep who goes after the kid and things don’t go well for her. That was when I knew that this film wasn’t going to go past a 0. When you make a film go that bad there is just no returning from that. The villains get away with way too much here and they’re annoying every second that they’re on screen. They’re written to be as evil as possible with no actual character development or personality beyond that. They’re just figures of evil meant to push the story along.

This movie is also really determined to get you to admire how the actors are able to act really dead and move around like zombies. These scenes are incredibly long and just keep on going without any kind of break. You can spend 5 minutes just watching one of these reanimated guys walking around. Let me tell you, 5 minutes may not sound like a whole lot but when nothing else is happening it certainly feels like a lot of time. Then you have this keep on happening throughout the movie.

Much of the movie has no plot and is just about Malcolm walking around with his dead family as he fools people into thinking that they are alive. It would never work in any real world but this place is so odd that nobody questions it. Nobody even thinks to ask why they are so silent and nobody notices how they look super dead too. It may be trying to be very surreal but it just ends up being boring.

Malcolm also come across as being rather villainous at times like when he plays around with the knife and tries to scare Celia a bit. This guy doesn’t think things through and while he may just be a fan of dark humor, it’s not something that Celia needs to see when she’s just trying to have a good birthday party. The film is unrelenting with this though and the undead battles are also not very good. Everything is super slow and dreary instead of being fun and exciting.

The end of the film even has a big twist about the whole thing but instead of being a twist that makes you gasp at how inspired and out there it was, you’ll just be shaking your head. Yet another thing for you to see how the film is just not trying to have any fun. I don’t think any ending could have saved this film mind you, but this has to be one of the weaker ways to play things out. It actually just makes Malcolm look way worse since we now know a little bit more about how he thinks.

There is no reason to see the film. There is no fun lesson to be learned, no fun fight scene to go back to, no witty dialogue, etc. Every character is just really off here and you have to suspend your disbelief a lot. The movie isn’t funny and the effects are no good. When you boil the film down to the core themes, there just isn’t anything here of substance. I wouldn’t know where to begin on trying to salvage the film since I would say it was already bad from the very premise. Just change everything from the ground up and see how that goes.

Overall, Shanks is a film that you want to avoid at all costs. There are no happy scenes here as any brief moment where things are not going bad will change in an instant. Nobody is safe here and the film’s pacing slows down to a glacial speed as nothing happens for long portions of the movie. You could easily take out 30 minutes from this film and it would flow better while you do not lose any of the plot. Now that is absolutely a bad sign for the movie. It’s been a while since I saw a film that would be a total 0 but this has to take the cake. Stay far away! It’s quite telling that googling “Shanks movie” brings up a different film that has a character named Shanks in it as opposed to bringing up the movie that is literally called “Shanks”. That has to be a sign of how people have tried to forget this one.