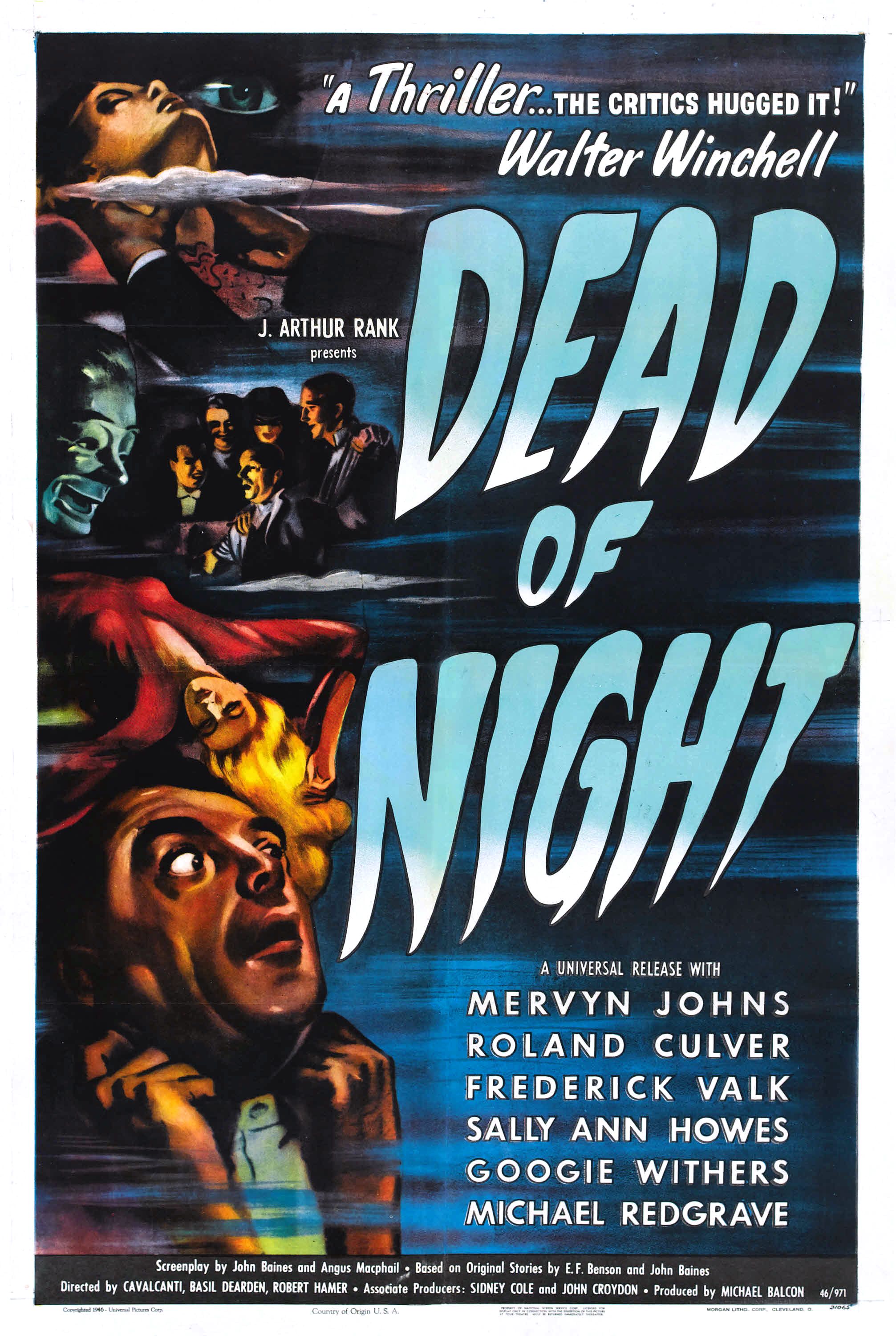 A horror anthology that’s actually good? Yes, this one was able to surpass its limits and actually turned out to be one of the better horror films that I’ve seen as of late. The stories were solid for the most part and the main plot that was keeping them together was also solid. Throw in a little mystery/intrigue and I was really sold on this one. Check this one out if you want a quality horror movie to watch.

The movie starts with Walter driving up to a house where he will was invited by the head to do an inspection. For some reason the place looks familiar and what’s worse is that he recognizes everyone who is at the house despite never meeting them before. Walter feels like he has gone through this already but his memories are mostly foggy. What he does remember for sure is that something evil is about to happen here and that’s enough to really scare him quite thoroughly. The rest of the guests don’t really believe him but then start to talk about supernatural stories of their own. Can Walter remember what is about to happen or will it all be too late?

Walter probably should have dashed out but it’s always rough when your own memories aren’t working properly. He’s an interesting main character though. Walter may not have the strongest will or be the most dynamic character but one thing’s for sure, he is super scared the whole time. That’s one aspect of his character that can always be annoying though. Like okay, we get that he is super scared and unsure of what to do but there comes time where he just needs to man up eventually. Instead by being on the defensive he is really ensuring that nobody is all that safe. At any time things can change and the evil that he senses will be upon them.

Well, lets go to the first story. So Hugh remembers a time where he saw this mysterious guy who asked if he wanted to get on a bus. Hugh was convinced that this was some kind of specter or personification of Death and that going with him would have been his doom. So Hugh decides not to get on board and the bus promptly crashes so everybody dies. Clearly it was good that he didn’t get on the bus but of course the others are doubtful or think that it could have been coincidence.

It was a quick story and one that was fairly low key but I thought it was pretty good. Sometimes a little atmospheric story like this can really get the message across quite nicely and doesn’t need a long run time. They accomplished everything that was needed here and it’s one of the better stories. Probably the second best one for me personally. The next story is a bit longer. So Sally was at an orphanage with a bunch of other kids and so they decided to play hide and seek. Sally found a really good spot but it actually led to a room where she got to meet a kid who was all by his lonesome.

Sally figured he got lost from the pack or just lived there but when she went back downstairs she found out that he had died a very long time ago. Had she been talking to a ghost? It’s one of those stories that is odd so of course she was worried but technically there wasn’t a lot of danger there or anything. So she was fairly safe either way. I thought this story maybe went on a little too long and one of the kids was annoying the whole time. Sally was good though and playing hide and seek in a big house definitely seems risky because it can be hard to find someone after a while. It’s definitely a game that’s easier to play in a small hut even if it’s less exciting.

Now we get to the most dangerous one. So one day Joan got a mirror and Peter thought it was okay at first but then he notices that the reflection is of a different room entirely. He can’t even see Joan there when she stands next to him. The more he looks into the mirror, the more he starts to get possessed by it. Peter’s willpower is easily overpowered by the mirror and it just seems like he doesn’t really stand a chance here. No matter what he does, he weakens and the mirror makes you relive the life of the original owner who ended up strangling the wife so that gets tricky for Joan. She just barely smashes it in time.

This story was actually a matter of life and death which separated it from some of the others. That said, I would say that it makes Paul look really bad since he was not able to escape its gaze. You’re basically telling me that he lost to a mirror. He should have broken that thing ages ago especially when he knew that Joan was leaving for a while and he could never beat it 1 on 1. She should have also broken it after the first few incidents even if Paul thought they would be okay. They got way too lax about the whole thing and it nearly cost them. It’s a bit weaker than some of the other stories but still decent.

Now we’re on the best story which involves golfing. So George and Larry are both madly in love with this one girl so they decide to settle everything with a game of golf. George wins so Larry drowns himself but later on Larry realizes that George cheated. Now Larry is determined to haunt George until he makes things right. George feels a bit guilty so he asks Larry what he can do but the demands are steep. Larry wants George to give up his wife and to never play Golf again. George isn’t gonna do that and so things continue to escalate.

This one may feel more comedic in nature compared to some of the other stores but I thought it worked out pretty well. I liked the whole idea of using golf to settle things and then Larry just casually appearing as a ghost was intense as well. That said, the heroine probably should have just picked one instead of letting herself be used as a prize. Usually you never want to just be the prize right? You want to be the one in control. It was a fun story with how absurd the whole thing was.

Finally we have the story with the dummy. So Maxwell has a dummy that he uses for the shows named Hugo but he seems to have a mind of his own. Hugo even keeps threatening to leave Maxwell for another performer. Maxwell gets mad at the other guy instead of Hugo which was my main issue with the whole thing. Just take Hugo out if he’s messing with you but why are you taking it out on the other guys? Maxwell is clearly unstable the whole time too so I can see why people wouldn’t suspect Hugo. The ending is definitely like something out of the Twilight Zone here and will get you thinking.

It’s a classic doll story. It’s not really trying to do anything too different but it doesn’t need to either. It’s just a fundamentally sound story from start to finish that hits enough of the high notes. This then takes us back to the main plot for the climax as we get to see what Walter could not remember. Things get really crazy in the climax but all I can say is that I was still blaming Walter the whole time. I thought the ending was also great and you can take it a few ways but I like to think of it as the loop is confirmed. That’s about as vague as I can keep things for now.

The writing is on point here and that’s a big reason as to why this succeeds. If the writing were not very good then this would have failed and if there were weak stories then it would be game over. Instead the stories themselves tend to be rather solid and I liked the main one that connected everything. The film was good with the atmospheric horror instead of trying to make this all too dark. It ends up being a very suspenseful movie that just works well and it never feels too long.

Overall, This is surprisingly a good movie. I can’t say that I had high hopes for it at all but at the end of the day it did surpass my expectations. This is a film that I could recommend to anyone, whether you are a horror fan or not. That’s when you know that a movie is good because it is very accessible. If more anthologies were like this then I may even appreciate that sub genre more but I’d assume this is more of an anomaly than a sign of things to come. I have another anthology coming up after all and that one wasn’t even close to being as good as this one was.