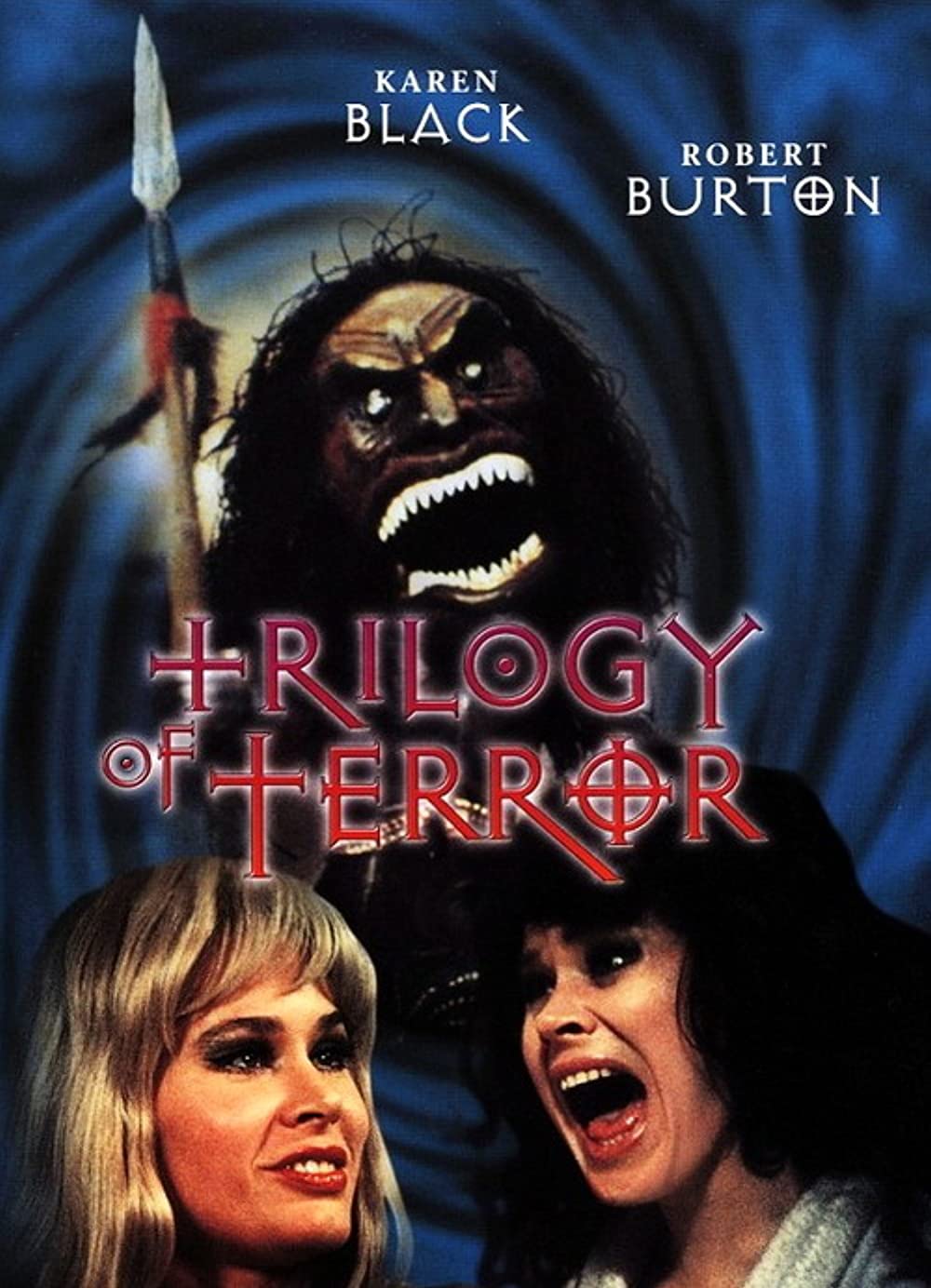 Now this is more like what I would expect from a horror anthology. None of the 3 stories are particularly good and so from the start you don’t think that this one is really going to make a name for itself or surpass its limits. It’s just falling flat and in at least one of the shorts you can guess the twist right away. Lets break each of the stories down though.

The first story follows a villain named Chad who begins to like Julie, one of his teachers. He figures that nothing will stop their being together and while she warns him that they cannot be together, he figures that he can win her over. From blackmail to kidnapping and spiking the drinks, Chad will do any and everything in order to get her. Fortunately as a horror segment you figure there will be a twist here because if played straight this could have easily earned the film a 0 right off the bat. It goes rather far and the twist turns the tables but the whole segment still seems to be in rather bad taste.

Rule number 1 of having a villain as the main character is that you need to give him some decent goals and make sure that the guy isn’t just a random creep. If he is then why are we following the guy? It’s a good way to just make sure that the whole segment will hurt as a result and that’s exactly what happens here. All of his scenes are just annoying to watch and the segment really drags on through to the end. As for the twist, that part was good at least. It’s really the only kind of twist that could have saved the segment somewhat. It’s relative but at least it kept this one from being all the way at the bottom.

Then we have the second story where Millicent is jealous of her sister Therese who seems to be a total rebel. Millicent plays things by the book but she has had to watch as Therese has ruined her life in every way possible. Millicent doesn’t know what to do at this point to try and get out of this situation and figures that she may have to go in a rather drastic direction. There’s a doctor that she speaks to over the phone but he isn’t of much help. Therese will usually corner him when the guy shows up so he has to beat a hasty retreat.

This is the one where I’d say you will guess the twist right away. Mainly due to how it’s all presented but I won’t give that away. Still, it’s another really bad segment. There isn’t even a whole lot of horror to this one. It’s more of a disturbing segment as we get all the exposition on what Therese has done over and over again. She has a way of corrupting people and unfortunately everyone has really weak willpower so they are never able to stop her. That’s certainly unfortunate because you’d like to think that everyone wouldn’t just crack so easily. Maybe if the doctor got to appear more and land some wins that would have been good but instead this segment is really an eye roller. I think they could have toned down Therese’s colorful history a bit and styled this more as a quick thriller with the doctor trying to quickly save her and we get a battle of wits there. That’s not what the segment was going for but it would have been an improvement.

The final segment has Amelia talking with her mother on the phone and deciding not to meet up this time. Her mother is quite upset at this since they had a family tradition going but Amelia doesn’t have too much time to worry about this because a random Zuni doll shows up and suddenly becomes alive. It looks very disturbing as it has a lot of sharp teeth and carries a spear around. It’s small but quite fast. Amelia will have to try and destroy this doll somehow but it won’t be easy. The doll has more combat experience and has incredible durability.

So the first thing we’re considering here is that Amelia has to play the matchup right. What I mean by that is Zuni has a few advantages but so does she. In a close quarters battle she should be able to defeat Zuni due to her better lifting strength and raw power. If she can knock him out of a window that will be game over. Additionally if she can disarm him from using the spear then she has knocked out most of his attack options. All she has to watch out for is the bite. In terms of speed, the doll is incredibly fast in short bursts but realistically can’t catch up to her otherwise so that’s when the planning should get involved.

Amelia’s win condition is to trap Zuni or ring him out by getting him off the battlefield. Unfortunately that’s what makes this segment annoying as she has multiple opportunities to take him out but squanders them. Every time she grabs the spear I wait for her to throw it out the window, put it in the oven, flush it down the toilet, do something! Instead she always leaves it on the ground which is an absolutely massive mistake since Zuni grabs it each time.

When Zuni starts to bite her I figured that would be it since with how sharp his teeth are, that felt like a game over. Somehow she tanked that and then gets him into a box. Okay, now we’re cooking with gas! Once Zuni is in the box she can hurl it out the window, down the steps, put it in more boxes to lair it, etc. Or if you have to, just take the time to escape by running out of the room. Instead…she just sorta panics and watches as it starts to cut its way out of the box since she let him get the spear again.

The final part where she makes a big mistake is she finally gets him in the oven. Keep the oven closed!! Look, she has already seen that it can breath underwater and that it has tanked many lethal hits at this point. So why are you opening the oven door? Keep it baking in there for hours as needed but there’s no rush to open the oven and why not make sure that the job is done? Realistically this probably wouldn’t have worked since Zuni is massively overpowered but at least you won’t be losing directly and put the burden on him to find a way out. Amelia played the matchup all wrong throughout the whole segment. At least we did have some action though but the segment could get a little bloody and more violent than it needed to be.

So that’s the Trilogy of Terror. Definitely a title that I would recommend avoiding. For the most part I wouldn’t even call the segments pure horror but more on the disturbing side. The first segment is certainly meant to be as disturbing as possible and I would say the second fits into that category as well. It’s only the third one that is actually going for a horror vibe as it’s a life or death battle against a supernatural entity. That’s something that can make you feel the fear but the others are relying more on shock value which is never a good crutch to use.

Overall, You can do a lot better than this movie. The writing isn’t very good and none of the stories are particularly solid either. The final story is the best one by default but it’s not exactly a high bar and wins by default aren’t the most impressive ones out there. It looks like it may be some time before we get another quality horror anthology as most of them turn out like this one but we’ll see. There could always be some hidden gems in the rough out there.