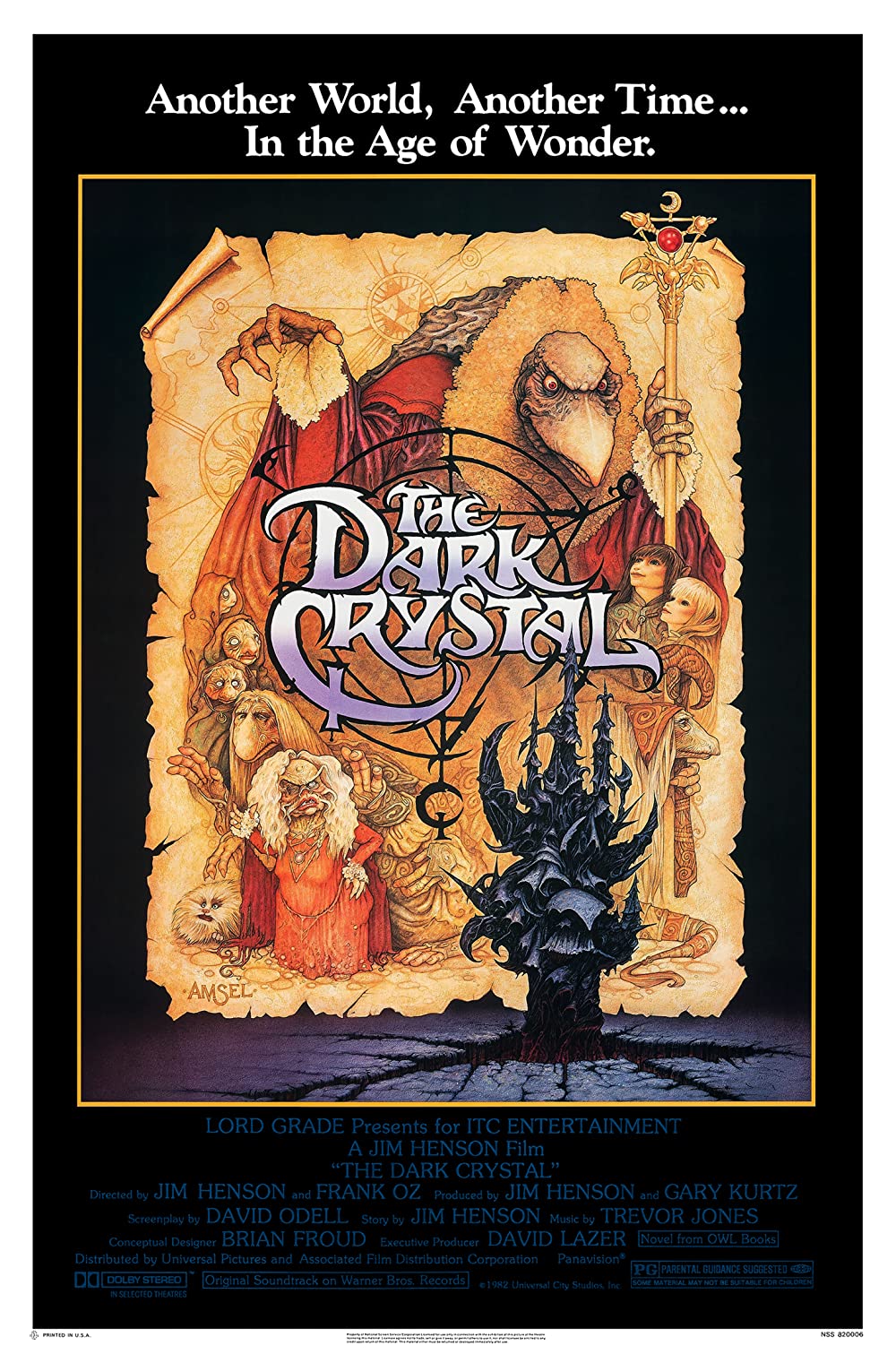 This film was trying really hard to be a Lord of the Rings type adventure but unfortunately….it succeeded. Yes that’s the worst part of this because as a result I just can’t say that it’s very good. It is a little on the boring side and everything is way too drawn out. Mix that in with the visual style of the movie and it was a thumbs down.

So a long time ago there was a big great battle and the ultimate crystal was broken. Jen’s entire clan is wiped out by the villains and as the last survivor he is told that the only way to save the day is to heal the crystal. He can do this by finding a shard. Along the way he meets up with a girl named Kira and they have to overcome many powerful obstacles in order to survive. This world is huge and brimming with all kinds of creatures and other forced out there. Will they be able to claim victory or will this be game over?

Now this is an ambitious film so I’ll grant it that. There are a ton of new terms to memorize and of course you have to watch out for all of the different races running around. It is a full story in that sense as this could even be 2 hours plus with all of the content in here. The problem is that just having a story is not enough, you need to have a very good story.

After a while you just aren’t very invested in Jen’s journey. For starters I didn’t think that he was a great character. He felt a little weak and helpless to me, even dropping an easy catch near the climax. Sure, he ends up doing decent by the end but he’s not a main character that can really drive the film. Then you have the main heroine Kira who is a quality character. I thought she was consistently better than Jen. She was more helpful in combat and had better situational awareness as well. You could count on her.

There was one villain who stood out though and he was a bird that was a lot like Starscream. He was always plotting and thinking of ways to rise to the top. I like to see that kind of ambition in a villain so I liked him quite a bit. He wasn’t good enough to save the movie or anything but his scenes were the most engaging.

At the end of the day what hurts the film is the visual style. So this one is going for a puppets style where all the characters are puppets that are running around. It is definitely not my favorite style and would actually be one of the weakest ones for me. It’s hard to get too invested in what is happening because it all looks fake. I’d even take CGI and a lot of other styles over this one.

It really doesn’t help the plot which was already on the dry side. Now when there is nothing all that fun to look at, the whole film ends up suffering. Just like how good animation or camera angles can help elevate a film to the next level, the opposite can be true as well. A good chunk of why I’d give the film a negative ranking is because of this. It couldn’t keep my attention and would have needed some really drastic positives to change things up.

For example, if the soundtrack was incredible then that’s one way that you can bounce back. Have a lot of rock themes or something like that. Usually I’d throw in fight scenes but we did have some action segments here. They just didn’t work because of the puppets style so that’s a no go. There’s only so much that you can do with this style and the cracks were showing immediately. It’s a shame but that’s just the way that these things go sometimes. I think this could have potential with a remake in full traditional animation.

Live action probably wouldn’t fare much better. Again the plot seems like something out of LOTR and the main character is fairly young. So if this was live action then I don’t think the film would really be able to do too much with this concept. The old school fantasy adventures need a little extra boost than that. Most of my favorite fantasy type titles have some sci-fi thrown in or really cool visuals. Despite being popular, LOTR and films of that nature have my least favorite kind of fantasy.

Everything looks really old all the time and everyone fights with old swords. It doesn’t feel fantastical at all and just an AU of how the old era would have looked. It’s not what you want to strive for in a story like this. I understand this movie eventually got a prequel series so maybe that improves upon things but unless it looks considerably different then I think it’s going to be in for a world of trouble. To make this work you need a whole lot of special effects and CG.

Overall, The Dark Crystal wasn’t for me. It’s a film that will end up being very forgettable with no real good characters to surpass the limits of the medium. You can blame 90% of this on the puppets though. You just aren’t able to convey any kind of emotion or excitement when using those. So it’s like you’re watching an adventure from a very detached position and that’s never what you’re aiming for. I would recommend most fantasy adventures over this one. Watch a title like Final Fantasy Advent Children instead. That one delivers on the action and also has a very interesting story. It may be hard to follow at times but you’ll know that things are getting intense.

2 thoughts on “The Dark Crystal Review”