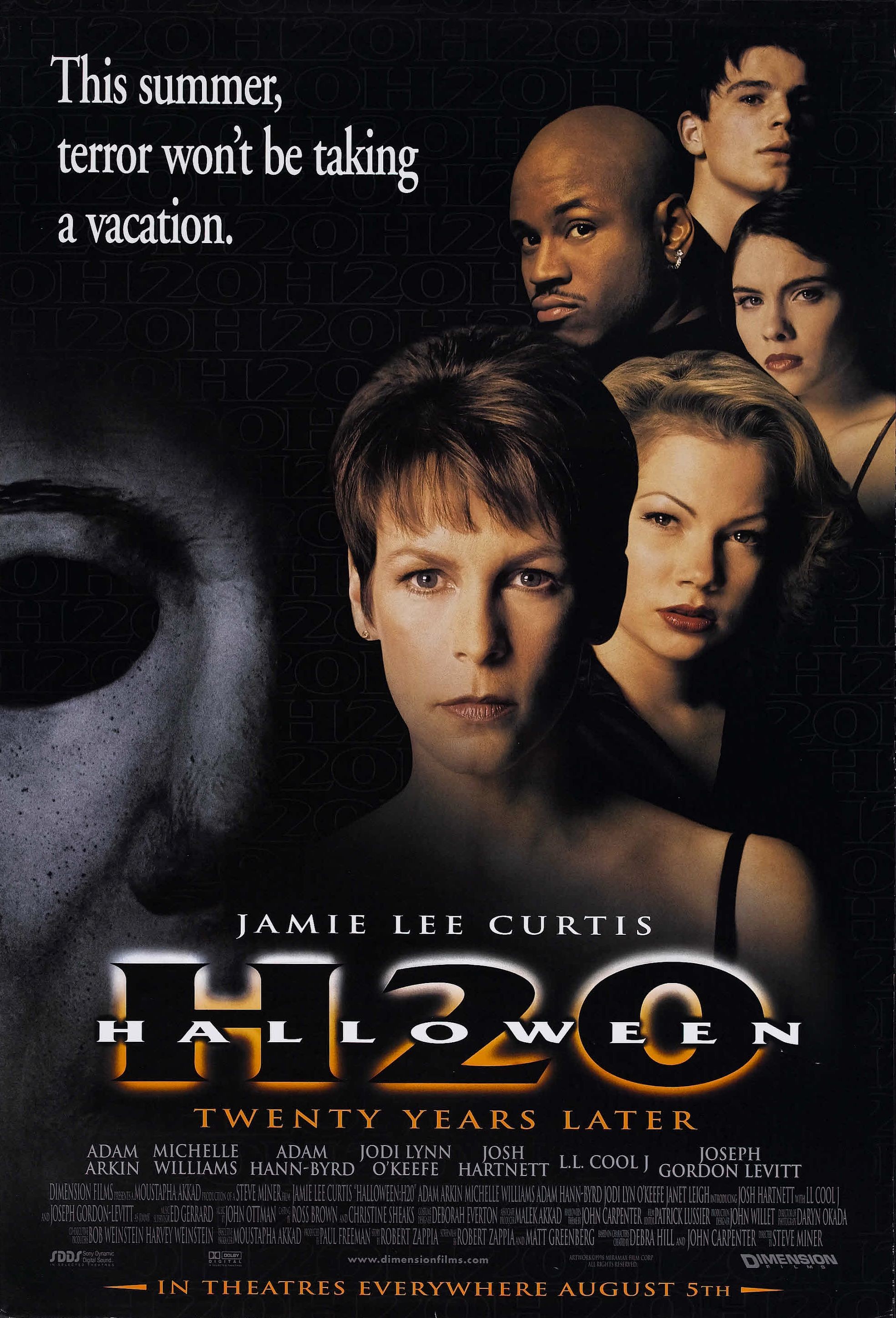 It’s quite telling that the last Halloween film was so intense that this one almost felt a little tame in comparison. It’s still super violent and everything so don’t get me wrong but it’s not being quite as crazy as the last one which is definitely appreciated. You’ll still want to give this one a pass but it does at least try to go back to form with the originals and I would even say that it succeeds at this.

The movie starts out by explaining that Laurie faked her death and is currently living in peace with her son John. She is still deeply traumatized by the whole incident but she is trying to slowly move forward with her life. Her son John thinks that she isn’t moving fast enough though as she still doesn’t let him go away on big school trips and he just feels like he’s trapped. Still, his friends say they’ll have the town to themselves now so John is eager to have fun there. Perhaps Laurie’s fears are not unfounded though as it appears that Michael Myers has returned once more. Can he be stopped or is it already game over for the main characters?

The setup naturally means that things will be in Michael Myer’s favor this time as the town has basically been abandoned since almost everyone went on that big school trip. There are only a few stragglers left behind including the main characters. As you can expect Myers goes to work on these guys fairly quick. Now what you may be wondering about is what happened to the school security? For once they actually have a fairly decent setup here because there is a big gate that prevents anyone from getting in.

This is where the movie has its most cringeworthy moment. So Michael drives up to the school and then hides inside. So the guard Ronnie, decides to…open the gate to check out the car? That’s completely messed up and shows that even if you have the best security systems in place, someone can just mess it up by dodging protocol. I mean jus think about it for a few minutes. Why are you opening the gate? If the guy is in the car and Ronnie clearly thought that he was, then the guy can just speed on through. There seem to be no other guards so you’re just dooming everyone.

Ronnie is the comic relief character of the film but even then this is a little out of bounds. It’s the kind of “Horror movie decision” that I haven’t seen in a while. It used to be a big thing about horror characters always making the wrong decisions to the point where it became a meme but usually you don’t see such blatant examples of it anymore. Ah well, I still like Ronnie but that had to be the worst writing moment in the film.

One thing that holds the film back is the rest of the characters are mainly annoying. So John is in a clique with 3 other characters who decide they should mess around a ton since the adults aren’t going to be around. They love their dark humor and being edgy so it’s the perfect situation for them but of course Myers shows up and throws a wrench into that plan. The characters also don’t have much of a heads up because one of them already loves fake jump scares so by the time that he is out of the way, the others are caught off guard.

It’s not like they would have had much of a chance either way tbh, but it’s still an annoying way to go out. John is rather irresponsible too and while he may have a point about Laurie being overprotective, it doesn’t give him clearance to just do whatever he wants. He went too far and should have just told her about the party. The reason he didn’t is because he knows that he is going to be doing crazy stuff there. That’s why he’s being secretive.

As for Laurie, well it’s hard to blame her for being so shaken up after what happened. Who wouldn’t be right? The whole ordeal was absolutely crazy and the fact that he’s back just makes all of her fears even more valid. I thought she did a good job of fighting back against him here. The most annoying moment is when Ronnie stops her as she’s beating Myers up. Cmon now, this guy is an insane mass murderer, why are you going to stop her like this? In this case he thought that Myers was already dead but in that case there should be no problem with continuing right? It’s all just a bit much if you ask me.

Myers is not a henchmen anymore since the last film doesn’t exist here which is good. He’s still just your basic psychopath but at least he doesn’t work for anyone this time which is a big upgrade. It was always weird to have him play second fiddle to anybody so at least this feels more like the real guy. That said, there’s not much character to him beyond just running around and murdering everyone so I wouldn’t say that he stands out or anything.

As always the film is mainly just held back by how incredibly violent it is. Everyone is bumped off in increasingly violent ways as the body count rises. It may feel less violent than the last one but it’s all still relative and this is the kind of thing that will always doom a slasher movie. It eliminates a lot of replay value because you don’t want to be seeing all of that violence.

Overall, Halloween is pretty much the same as it always was. The plot isn’t anything more than Michael Myers showing up to destroy everyone which is what he does in every film. If you’ve seen one film then you’ve seen them all and there is no reason to watch this one. It never gets past all of the usual slasher film cliches and there isn’t much good to say about it. Aside from Laurie, everyone is written to be unlikable or not very good at their job so the whole task is real easy for Myers. One day maybe we can get a Halloween film that is more atmospheric than violent but I have my doubts.