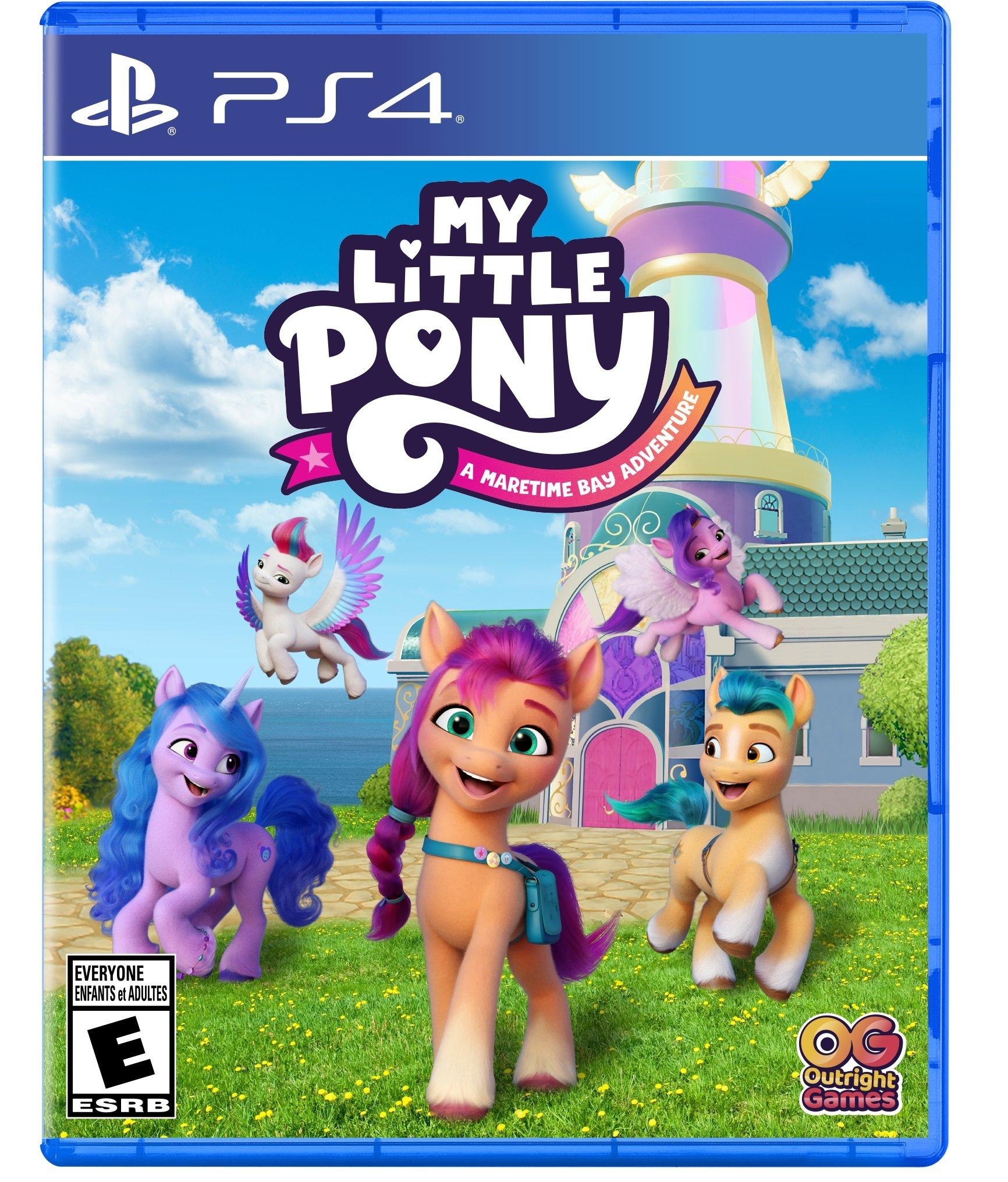 When I saw this as one of the games on sale at GameStop I knew I had to grab it! While I may not have kept up with the latest My Little Pony series….pretty much at all since the movie I still knew this would be a very wholesome adventure which is perfect for Christmas. It’s a very short game though and you can tell that there wasn’t a whole lot of content put into this one. It’s absolutely not worth paying full price for but when the going rate is around 15-20 you have to snag it.

The game involves a pony mysteriously defacing a lot of posters all around the festival. The Ponies are just trying to have a good time here with all kinds of events going on like fashion shows and aerial tricks but this is putting a damper on things. Sunny has to stop this pony but when the evidence begins to point to her friends she has to wonder if she really should solve this mystery. Her friends should have no cause to spoil such a grand day for her right? The time is ticking as the case gets more and more serious.

On a fundamental level the game is very sound. It doesn’t try to do a whole lot but what it does do is very smooth. I would say this game is aimed at a very young crowd, even more so than the Mario and Sonic games at least from a difficulty perspective. There is no way to lose or take damage in this game. There are a few events like herding animals and running but they are given to you with very generous timers to make sure you can clear them. Even obtaining the Platinum trophy is something that you can do very quickly. You should get it within 15 minutes of completing the game since you just have to complete one post story race.

It’s good for there to be some games for the kids. I think this one does the job well but the only sore spot is the length. Short games are nothing new of course but it just feels like they did the bare minimum for this one because they figured most people wouldn’t be playing it. You’ve got a really big hub world here but most of it is just empty. There isn’t really anything to do outside of the story. So as a result by the time you’ve completed the story there aren’t other side missions to finish.

The story itself is fun though with full voice acting and solid cinematics. The graphics here are absolutely top tier with the CG looking just like the real character models. They do have that CG gimmick where the eyes appear a bit distorted so the characters almost look scary at times but all in all I thought it was rather sharp. The graphics continue to look good during the game as well. I’d say some of this can also be attributed to the art direction which was really on point. The soundtrack is a lot more bland though to the point where large chunks of the game are completely quiet. It’s a little eery since you think of music when thinking about MLP ordinarily.

So the silence is almost deafening. We do get a song for the end credits though so that was neat but the game should have embraced this a bit more. I appreciated having a real villain here but I’d say for the sequel they can take it a little farther while still keeping the game as kid friendly. Friendship is Magic had a lot of big villains after all and you could also have the characters have some disagreements if you don’t want to go the full villain angle. This will help extend the game and if you can get the sequel to more like 6 hours then you’ll really have more bang for your buck.

There’s a case to be made that the longer the game went on, the more the cracks would show. That’s certainly possible so it is a risk but at the same time you have to throw the players a little bone. When they can complete the game in an instant like this it just overshadows all of the work that went into the animation and gameplay here. It doesn’t matter how smooth it all is if there’s just nothing to do after a while. Give us a bunch of extra minigames and story content and you’d have yourself a winner. As a result there’s not a ton to talk about here though.

Overall, My Little Pony is always a fun franchise and it’s nice that it got this game. It just would have been nice if the devs challenged themselves to add some more content here. If this was sort of a trial game to see how things would work then I’d say it succeeds. The gameplay is really on point and it succeeds in all technical aspects but I can’t imagine buying this one on day 1. I would say the company should still want to maximize sales and for this game to do well you really need to put a little more effort into it. If a sequel were to show this then I’d definitely be glad to pick it up. Until then I’d only recommend this game if you see it’s still on sale or the price has been permanently lowered. Then it’s a good amount of fun.