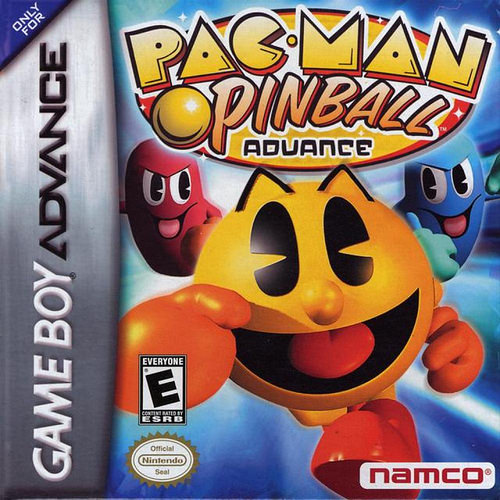 I rarely give negative reviews to video games because I tend to enjoy them all, but this is certainly one of those exceptions. Pac-Man Pinball forgets the essence of what makes a Pinball game good. You want to try and beat your high scores and watch yourself improve. Even the legendary Pac-Man game wouldn’t be quite as good if you couldn’t save your scores. Add in the fact that this game seems to have a pretty small budget and little quality testing…and you certainly do not have a winner on your side. Pac-Man couldn’t save the game and if he couldn’t…who could!?

There are only two stages to choose from in this game. Each stage has a night and a day form. You then go around collecting pellets, but even when you do, more of them just pop up. It’s hard to know exactly what you are supposed to be doing. Maybe you have to light up the full Pac board instead of focusing on the Pellets or you have to enter the mysterious house. Either way, good luck with that since the controls are so bad and the house is only open for a very short amount of time. The controls just aren’t as smooth as Mario pinball and sending the ball where you want it to go is a surprisingly difficult task.

One ability that just makes the game more complicated is that you can shake the screen. It definitely has an effect on the ball, but it’s hard to say which direction it brings the ball or if it is even handy. There didn’t seem to be much of a point to the shaking gimmick. Maybe the developers were hoping that it would distract the players from the rest of the game. If so…I have to say that it was a rather clever move…or just a desperate one.

The graphics aren’t all that bad. The highlight of the game is the opening cutscene. I don’t even know if there is an ending, but if so, getting there is nigh impossible. I don’t plan to spend 20 hours mastering the gameplay and since it is partially luck based as well, it just wouldn’t feel worth it. The stages are clear and easy to see and all of the character designs appear to be on point. The game looks as good as you would hope and at least it means that you are in for a visually pleasing experience. As for the soundtrack, it is pretty nonexistent. You’d hop that the game could have grabbed a nifty Pac-Man theme or something, but it feels like free domain themes that won’t grab your attention for any more than a few seconds. It’s just how it is.

I barely even need to talk about the replay value because there is none. There is nothing to do in the game besides playing those 2 levels over and over again despite not having any incentive to do so because there is no high score. It really feels like this game was abandoned when it was very early in development. It’s just not complete and must have just been prepared to earn a few extra bucks. Certainly not a very nice gesture on their part and I’m glad that I only paid a few bucks for it.

Overall, This is one of the lowest scored games that I’ve reviewed. It’s just hard to get much worse than this and I’d say that you can make an argument for a 2. I’m just giving it a 3 because at the very least, the gameplay is fairly entertaining. It’s Pinball and I do enjoy Pinball, but it’s just so low effort that it is sad. You would have more fun playing Pinball on the computer, after all, that’s what I did for many hours back when I was a kid. The sound effects were a lot more hype and trying to beat my record was always a whole lot of fun. If you’re looking for a fun game to pass the time by, you can do a lot better. There is no reason to buy this game so I highly recommend staying away. Curiosity is not a good enough reason to buy this game although I suppose you may feel obligated to do so anyway if you’re a huge Pac-Man fan. If so, take the plunge, but prepare yourself. If anyone actually does beat the game (If there even is an end point to reach) let me know what the ending’s like. Surely it will be a great reward for those of you who stuck with the game for so long without any actual payoff.