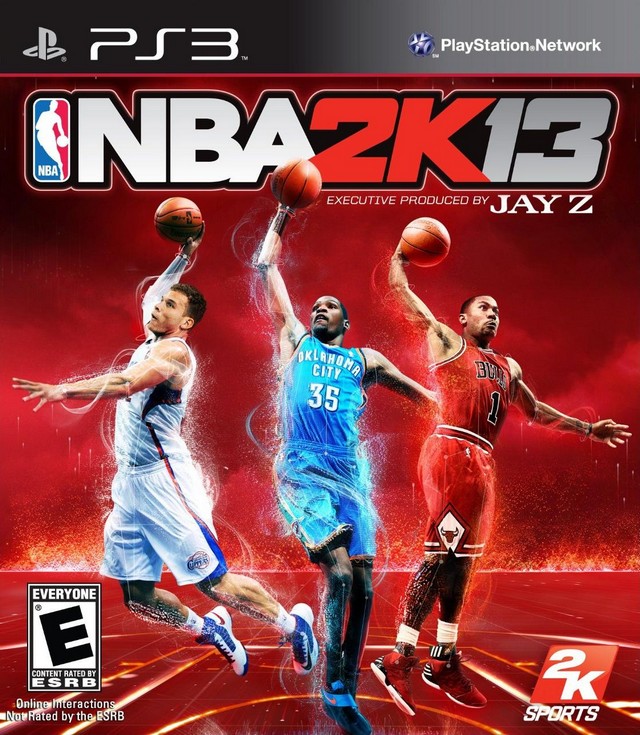 It’s time for yet another NBA2K game down for the count. It’s definitely quite solid although I wouldn’t say it is quite as polished as 2K15. I mean that in the most low key way possible though because you really could mistake the two games for each other quite easily. In a way that’s cool as you’ll be able to jump right in if you’re a longtime 2K player but the flip side is that if you’re looking for a new experience this isn’t the way to go? Don’t fix what ain’t broke? Definitely a debate to be had there.

I jumped right into the play now mode of course as I was ready for some good basketball action. I do think that I’m getting a little better at the gameplay though because I’m keeping the games a lot more competitive than I was earlier. I’m not as good as I am at the NBA games but I’m not getting destroyed like in some of the other 2K titles. I’ll definitely take his and one of these days I’ll be grabbing championships! The gameplay is pretty much the same as always. The goal is to score more goals than the other team of course. You need to have good defense and be able to score at will. If you are able to do both then you’ve really got the game in the bag. I’m definitely better at offense than defense but I will keep working at it until I can excel at both.

It seems like the shot meter is back again since when you take a shot you’ll notice a few yellow bars under your character as well as a flash. It seemed to me that when I shot during the flash the ball would go in. The tricky part though is the fact that the flash’s timing didn’t seem consistent and I feel like it is too fast to react to. The yellow bars may also be unrelated so possibly it is just the flash that you want to look out for. For the free throws it is still all about holding the stick down and releasing when the player is at the height of his aim. I think I’ve pretty much got this down but the computers rarely draw a flag so I didn’t have too many chances to practice.

One area where I think the game could improve a bit is the passing. There is an option to pass to whoever you want to by holding down a button and then passing but that takes too long in the heat of the moment. During a full court press I want to be able to quickly pass it to the guy in position and score from there. A lot of times you’ll end up passing to the wrong guy and it’ll cost you points. While it is risky because of this, that is still my go to strategy for getting on the board and increasing the lead. (When I actually have a lead) I was able to get a lot more turnovers than usual so that was definitely pretty cool.

For shooting from up close I think I had the timing down a bit better. I was able to get within a good range a lot more often this time around but sometimes my guy would still flub the shot. Maybe I’m holding on to the ball a little too long or something like that. Fortunately my team was pretty tall so a lot of times my guy would get the rebound. The team you get does seem to be very important to be honest.

The graphics are definitely very sharp. Now as they are basically the same as 2015 then you may wonder how they can be good. Well, they’re just pretty timeless. I think I would still consider these graphics to look good 6 years from now and maybe even 6 years from then. It may not be the PS4 level but it gets the job done and you won’t be distracted. The soundtrack did get a little more fancy as they got some pretty big singers here. I’m sure there will be some kind of song that you’ll like here if you can find them. I think there is a soundtrack option where you can choose which songs play and how often so it’s probably worth finding that.

As always the replay value here is basically endless. You can keep playing basketball games for days without getting old. No two games are be same and you’ve got a bunch of extra modes as well like the custom player mode and your traditional franchise option. You can practice as well or face off against a friend. Basically as long as you like the basketball gameplay the you’re set. While you can always get a newer version instead you really can’t go wrong for 1-2 dollars. How many other games will give you this much content?

Overall, NBA2K13 is definitely another winner to add to your collection. I’m now getting close to the end of the NBA games. There are 6 left but only 3 2K titles left so then I’ll need to get used to the other styles for Basketball again. Should be nostalgic to go back to the big NBA titles. They may not be the most realistic ones but I have to admit that between the fast paced nature of the games and the nostalgia goggles I’m always wearing, I don’t think NBA will ever be beat.