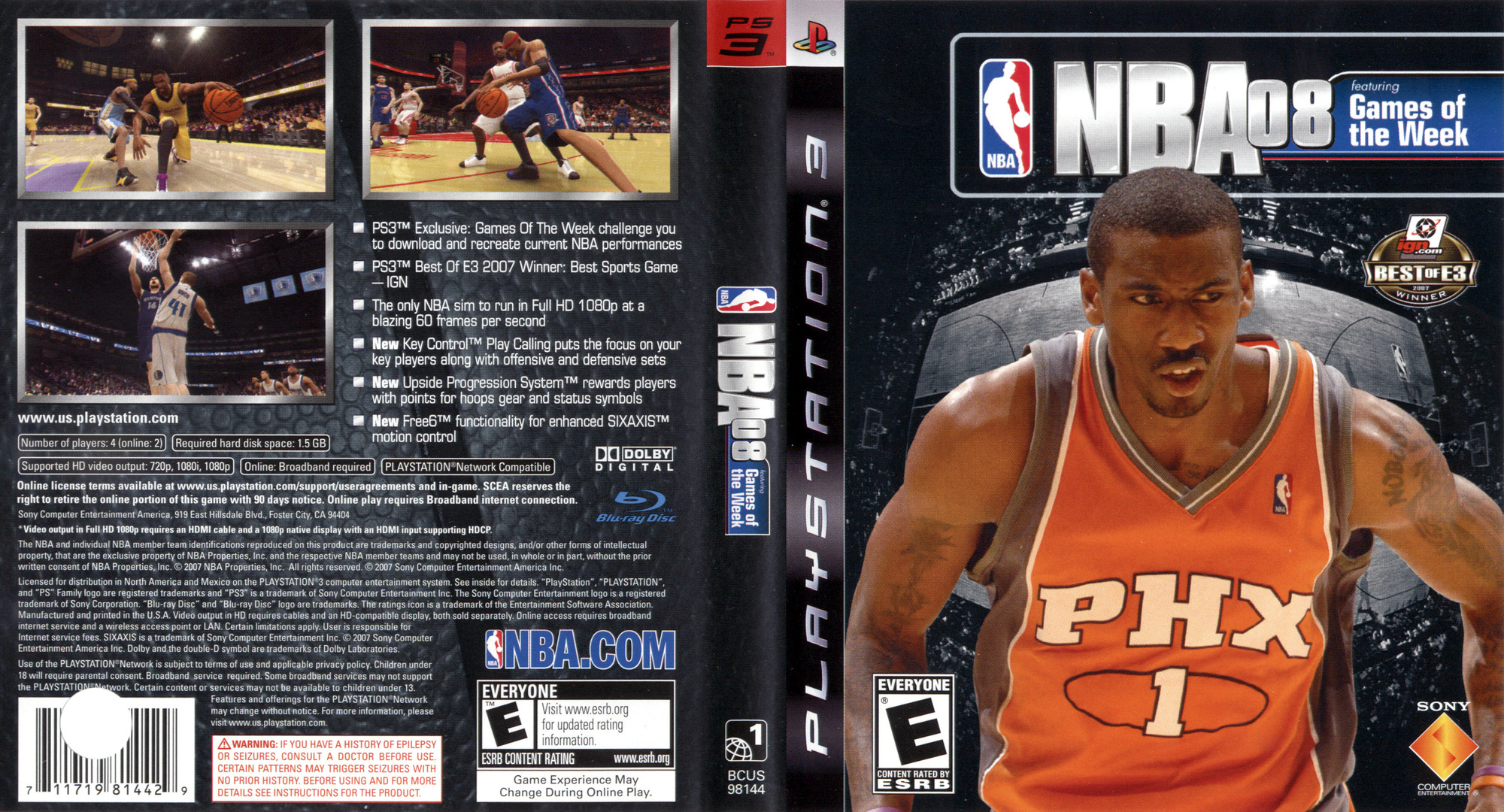 It’s time to look at another NBA game. I bet you thought I had finished them all by now right? Well, I did temporarily get into some other sports like Hockey, but there were still more Basketball titles in the backburner. I believe I just have one left now so that’ll definitely be a good milestone to finish up. I actually only have 11 more sport games to go through and then I’ll be caught up. It’ll be sad to see them go but at the same time it feels like ages since I’ve had them around. Now when I get future sport games I’ll be able to dive in a little deeper.

There’s not much separating this NBA game from the previous ones. One thing that actually still confuses me is what the difference is between NBA 08 and NBA 08 Live. See, I played the latter before playing this one, but they both feel the same to me. One part of me thinks it’s like a game of the year edition, but another just thinks it’s a really slick decision of adding one extra feature to one version and calling it a day. Regardless I ended up getting both since back then I had lost track of which sport games I owned and ended up getting this version. Otherwise I’d be satisfied with just owning one.

The gameplay is pretty smooth and it hasn’t been super long since my last Basketball game so this time the fundamentals actually stayed with me. That was definitely a welcome surprise to be sure. I ended up playing the first 3 quarters of the first game and had a 6 point lead. Now you may wonder why just 3 quarters right? Well, the game froze on me in a rather odd glitch. I had just made a free throw, but then the ball fell to the ground and nobody went to pick it up. Everyone just stayed frozen and I did everything I could like calling a time out, substituting players, and switching sides, but nothing worked. Everyone was just completely glued to the ground and that was really curtains for me. It was too bad because I was looking forward to seeing my win and the nice presentation afterwards.

Ah well, I quickly went in and did half of a second game so I could at least feel like I did the whole thing. This time I had a much bigger lead at around 10 points. Part of why this happened is because the guy kept passing it to me and I would score. What I did was I positioned my guy right next to the basket. When I’d score the other team would try to pass the ball to their guy, but I’d intercept and score again. Honestly this seemed like a big weakness to the A.I. but it was hard to get it to work just right. Once it did work though, then it became consistent. I have to admit that it felt pretty satisfying.

The only part of the gameplay that seemed a little suspect were the 3 point shots. For some reason the players would never take a proper position with these. They would jump in the air and shoot as if off balance. All of the other NBA games I’ve played had proper 3 point shots so I don’t know what was up with this one. Perhaps there is an extra button or two that you have to press or it’s about the timing. I still landed a few shots so it’s not that bad, but it just looked rather off. I recommend going for slam dunks as much as possible anyway although the team definitely won’t make it easy on you. You’ll have to fight hard for each and every point.

As far as the graphics are concerned NBA 08 definitely isn’t holding back. The courts look really good and the animations for the throws are solid. Everything is very clear and no shortcuts appeared to have been taken in this arena. I can’t really speak to the soundtrack, but the sound effects were solid. You don’t really notice much while you’re playing with the music, but I believe the menus should have had some tunes going. Surprisingly the sport games do tend to pick up quite a few big songs to play in the background.

There is no end to the replay value as you may expect. While the online modes have long since been forgotten you can still test your skills in the various season and franchise modes. There are also in-game achievements to have fun with as well. They may not be quite as much fun as the PS3 trophies but it is a nice addition for those who still like to have some kind of incentives to playing. You can get this game for about a dollar so you don’t have to doubt the value at all. This will really work out quite nicely for you.

Overall, NBA 08 is really solid. I can’t say that there was really anything wrong with the game. It may look a little dated next to the newer games, but that also brings a certain level of nostalgia to it as well. It ended up making this a very balanced experience. I was also winning in both games which made the whole thing feel pretty balanced as well. The controls weren’t sliding away from me and I felt like the players were doing what I wanted them to do. It doesn’t get much better than that and if you’re looking for a cheap basketball game to test your fundamentals with…this is the game for you!