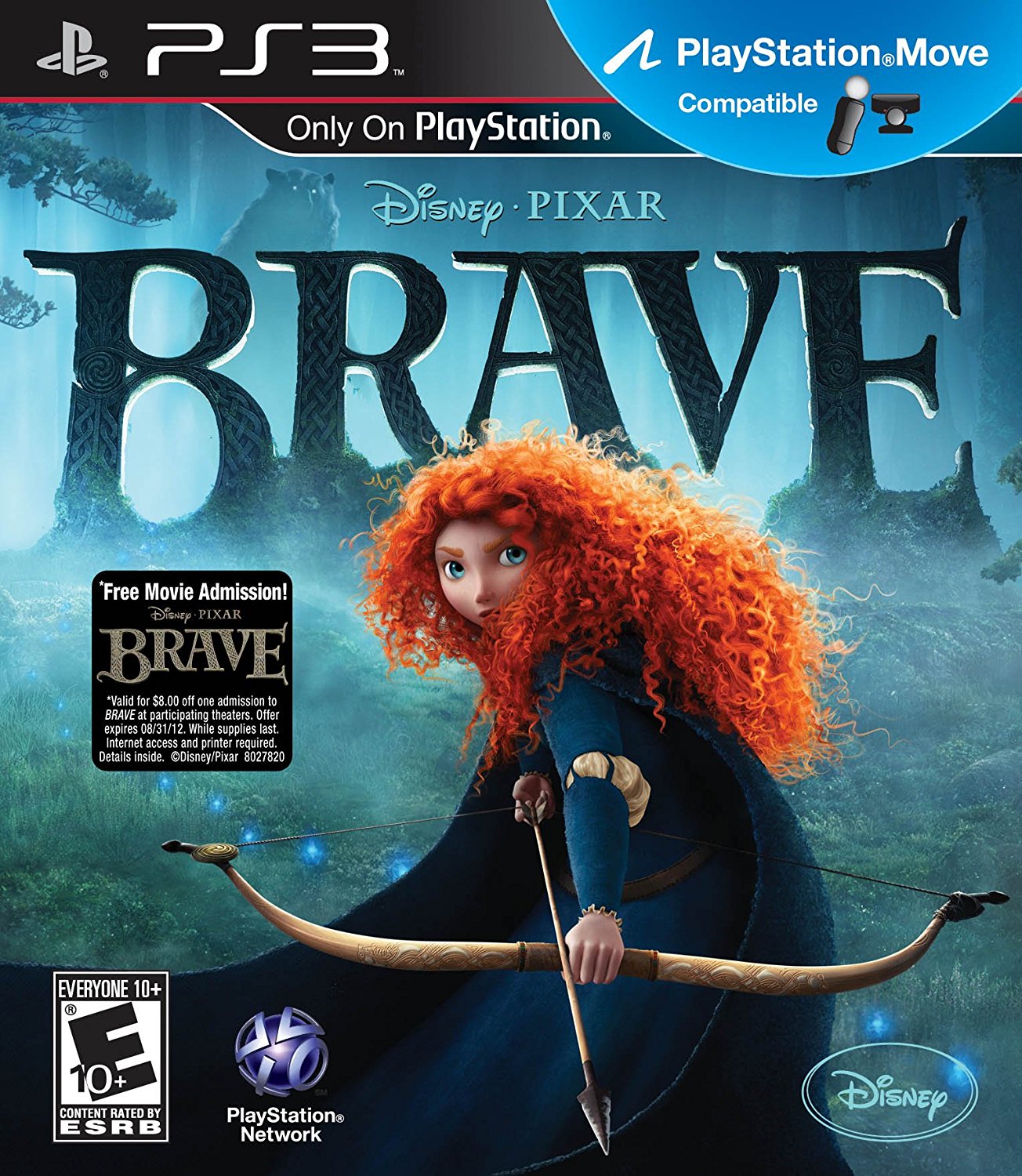 Video games based on movies always have a certain reputation that comes along with them. People just expect these games to not be very good and this is warranted by the multitude of games that came out in the early 2000s…..or did they? See, a lot of games based on movies did come out in that era, but I’d argue that a lot of them were really good. The Matrix, Spider-Man 1-3, X-Men 3, etc. These games were actually a lot of fun and then you’ve got titles like The Incredibles or Superman Shadow of Apokolips (Based on a show at least) which were also solid. Now there have been some terrible ones like Finding Nemo, but I’d argue it balances out well. Brave is a solid game in its own right and I’d recommend checking it out.

The plot seems to cover what the movie did in abridged form although I have not watched the movie yet so I can’t say that with 100% confidence. Basically the main character’s Mom is turned into a bear so now she must find a way to turn her back. Meanwhile there is an evil bear who is spreading evil throughout the world and corrupting everybody. If he isn’t stopped soon then there will be no going back. The lead has to learn that bravery is something that comes from within and the way to save her Mother may have something to do with this. The only thing left to do now is fight!

The gameplay is fairly standard. You start out at the Ring of Stones which is effectively the hub world although I hesitate to say that because there is nothing to do here. It’s a blank field you can run around in and it leads you to the 9 levels. Each time you clear one level then the gateway to the next one opens up which allows you to challenge it. There’s not really much more than that to do here so maybe lets just call it the hub. Once inside of the level the goal is to get to the end. This is done by running and jumping through the obstacles. You’ll have to beat a lot of the levels as it is part beat em up. When you beat all of the enemies the force field will leave and you can proceed forward. The levels are fairly quick and you can knock out the full game in a few hours. I don’t know exactly how long it took me, but it was between 4-6 hours I’d say.

In combat you have two weapons. The first is the sword which the game seems to think is your main weapon but don’t let that fool you. It’s nice and you can slice enemies up pretty quickly but there’s no reason to use it. The reason for that is you have a bow which fires unlimited arrows machine gun style. While the damage is slightly lower it compensates well with how many arrows you’re shooting. You can also run at full speed while shooting which is rare for any game. As a result there is no downside to constantly shooting as you are running. Not a bad idea right? I went with the arrows for the whole game and it was worth it. I didn’t die at all throughout my whole playthrough (until the final boss) which yeah that isn’t too impressive considering what game it is, but it still felt pretty good.

As you play through the game you will find upgrades for your sword and arrows as well as other costumes and tapestries which increase your base stats. You can also buy other upgrades at each save point which are pretty handy. They aren’t hidden all that far away from the main path so I was actually able to get almost all of them despite focusing on just clearing the game the whole time. It’s really not much of a time sink to quickly turn around and grab them so I’d recommend doing so. Additionally if you aim to get the Platinum trophy you’ll need to do this at some point anyway so what better time than the present right?

The graphics are fairly decent. It does look more like a PS2 game than PS3, but it’s not like the character models are blocky or anything. You’re always still sure of what’s happening next and there are a good amount of cinematics here to give you that movie feel. There isn’t really a soundtrack unfortunately so that does keep this from feeling like a higher budget title. I’d say that the main giveaways to this not being a big AAA game is how there are some re-used cutscenes and how simple the controls are. I don’t think simple controls is inherently a bad thing though. With good level design and a solid gameplay option you can really make this work out. Just look at the old Sonic or Mega Man games. There weren’t a bunch of controls but they were still a lot of fun.

If anything holds this game back it’s the length, but you can buy this game for cheap nowadays so I don’t think you’ll feel too badly about it. There is also the replay value thanks to the trophies which keeps this from being too short as well. Brave is just a fun game and it feels like a nice relic of the past. You don’t really see quick cash-in games like this anymore and it’s a shame. It’s not the kind of game you’d buy for 60, but it’s one that is always fun to stumble upon in Gamestop. It’s easily worth the price nowadays.

Overall, Brave is a very good game. I’m not saying it’s great and it’s not going for game of the year awards, but there’s really nothing bad to say about it. The ability to shoot endless arrows is admittedly very cheesy, but it does help this feel more like an arcade game. You can just dive into the game and take down as many enemies as you can. You can even turn it into a minigame with yourself to see how long you can go without getting hit. Some of the last levels will give you a nice challenge there and as I mentioned I did die a few times during the final boss. That one throws enemy after enemy at you so taking them all down isn’t the easiest thing in the world. It’s good reaction time practice since if you jump at the right time you should be able to dodge any attack.