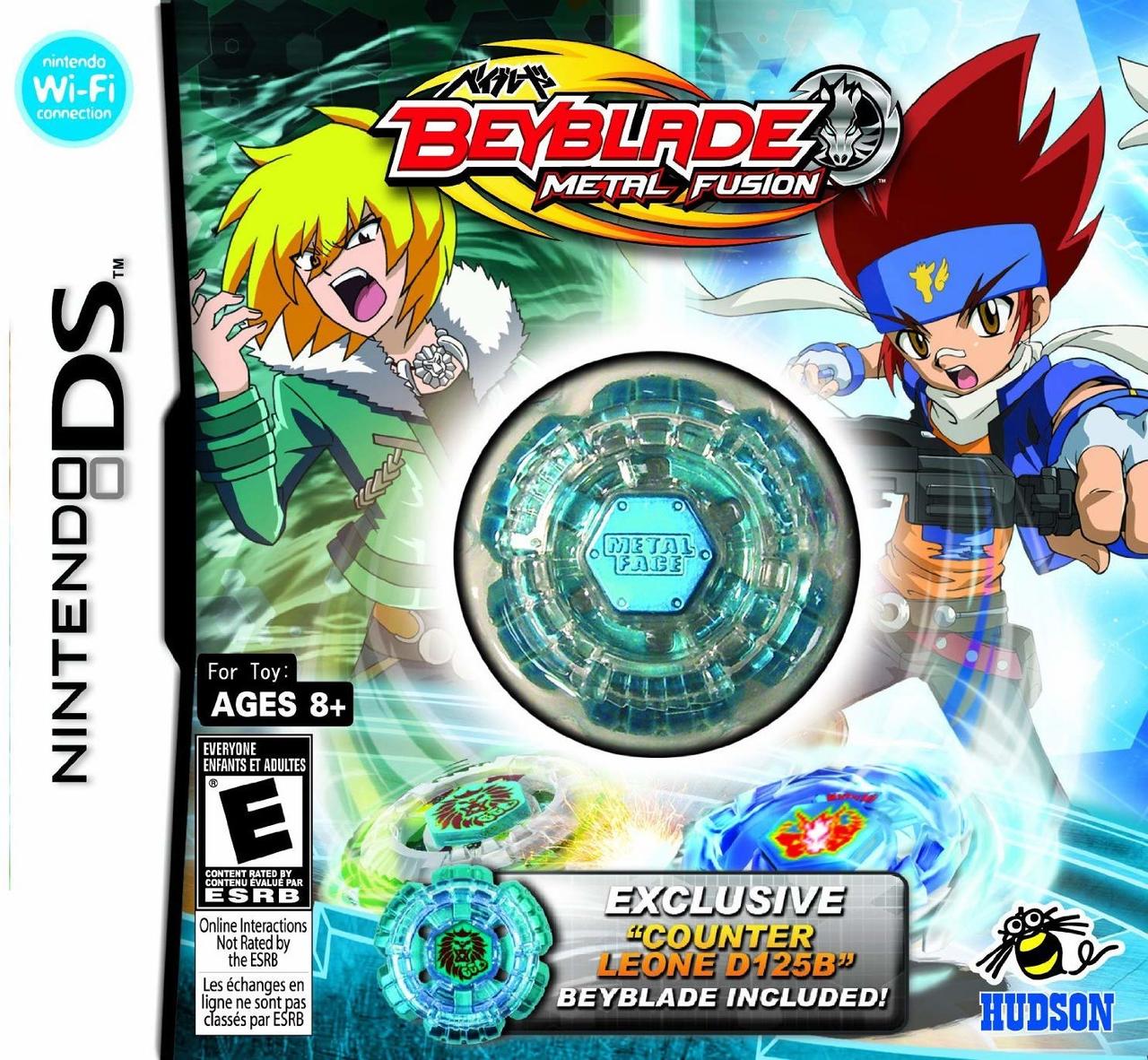 It’s time to look at a recent Beyblade game I got. We own the final 2 games in the series after this so I had been wanting to get this installment so we could finish the series. Unfortunately it is definitely the weakest title I’ve played from the franchise. It takes all of the fun and creativity from the earlier titles and replaces them with pure RNG and microphone mechanics. I’m already not a huge fan of the stylus controls so throwing in the microphone is overkill. There are some decent ideas here and the graphics are solid, but the negatives kept this game from going into the green.

The basic plot is that the main character has entered a Beyblade tournament as usual. He is ready to win, but quickly discovers that something shady is going on. It turns out that a villain group has entered and they aim to destroy all of the beyblades they fight. The heroes don’t like this and aim to stop the villains, but is the villain group really doing this or are they all getting played by a new character? One thing’s for sure, the world of Beyblade won’t be safe until all of the villains are thrown out and justice prevails once and for all.

So the gameplay is the problem with the game and I will describe why that is here. Each match is a best of 7 set against the opponent (Why 7? This just drags out each fight) and the goal is to either break your opponent’s Beyblade, knock it out of bounds, or hit it enough times where it stops moving. Each method of victory is worth a different amount of win. 3, 2, and 1 respectively. Each stage is a small circle where your beyblades spin around and whack each other. You can’t move your Beyblade, but you can determine where it charges by swiping with the stylus. Additionally you can tap the stage to recover health, tap really quickly to jump, or tap on your Beyblade to activate your shield. Then you’ve also got the two special abilities at your disposal which you can equip prior to the battle.

Your Beyblade will start out at rank F and as you fight it will improve. Additionally whatever support equipment you have on will level up as you play more games. Eventually your stats should be high enough where winning will be easy. It’s a long process though and you lose all of your progress when you leave the game aside from your rank and possibly the equipment upgrades. The story mode is structured like an arcade title so you have to beat the 8-10 levels in one shot. You get infinite continues so eventually you should be able to power your way through, but you do have to make sure that you don’t leave. It should only take around an hour so if you’re having fun then you’ll be okay.

Part of the problem with the game is your Beyblade is completely outmatched from the start. Even if you get a perfect launch and all you will lose in a straight up fight. Towards the end of the game the only way to win is to knock the other Beyblade out of the ring. Winning straight up in any other way appears to be impossible. Then to give yourself a little extra health at the end you have to blow into the microphone which is pretty odd. I’ve rarely seen games force you to use the microphone like this and it definitely didn’t award Beyblade any extra points. I’d rather not have to use that thing unless 100% necessary. It just feels like a gimmick.

So for most of the levels you are really just focused on swiping every which way until your Beyblade knocks the opponents out of the ring. You have to do this twice in each match to get the necessary 4 points to move on. If you do decide to fight head on, I’d recommend the Power Slam move which does a good amount of damage and the healing ability. Those make for a good pair and do work pretty well until you get to the final 2-3 fighters. At that point things get pretty dicey so get ready to focus on knocking the Beyblade away. I went with a full attack set of equipment, but there are a lot of different options so you may want to experiment.

In terms of the graphics I thought the game did a pretty good job of looking sharp. The illustrations were definitely on point and made the game feel dynamic even if there wasn’t much of a story to look at. Having more cutscenes definitely would have been very helpful to the game if you ask me. It makes the whole thing just feel more engaging. The bits of story we did get were pretty fun too. The villain was solid and his final line of asking the main character to be friends was definitely wholesome. It reminds me why the franchise looks so cool.

There isn’t much of a soundtrack to speak of. Meanwhile I wouldn’t say that there is a lot of replay value to speak of. I suppose you could work on beating the story mode with all of the characters. There are around 30 or more to choose from so that should definitely take you quite a while. By the time you’ve done that I think you’ll be ready to part with the title. Each story is around an hour to 90 minutes so you’re looking at a 30+ hour game. Hopefully there would be enough of a story mode there to justify it for you though because that’s a lot of Beyblade matches for this kind of gameplay.

Overall, Beyblade Metal Fusion was one of the harder games I’ve played, but not in a good way. The levels weren’t well designed or anything like that. It’s just that the gameplay was hard to wrap my head around and the opponents always had superior specs which didn’t really allow for the matches to be fair and balanced. Ideally the Beyblades should be around equal so then you can win with your own skill. I do have high hopes that the next game should be better. The series still does have a solid track record aside from this game. Unless you are a huge Beyblade fan I’d recommend buying one of the older ones instead or just taking a pass on this one. It really doesn’t have much to offer you.