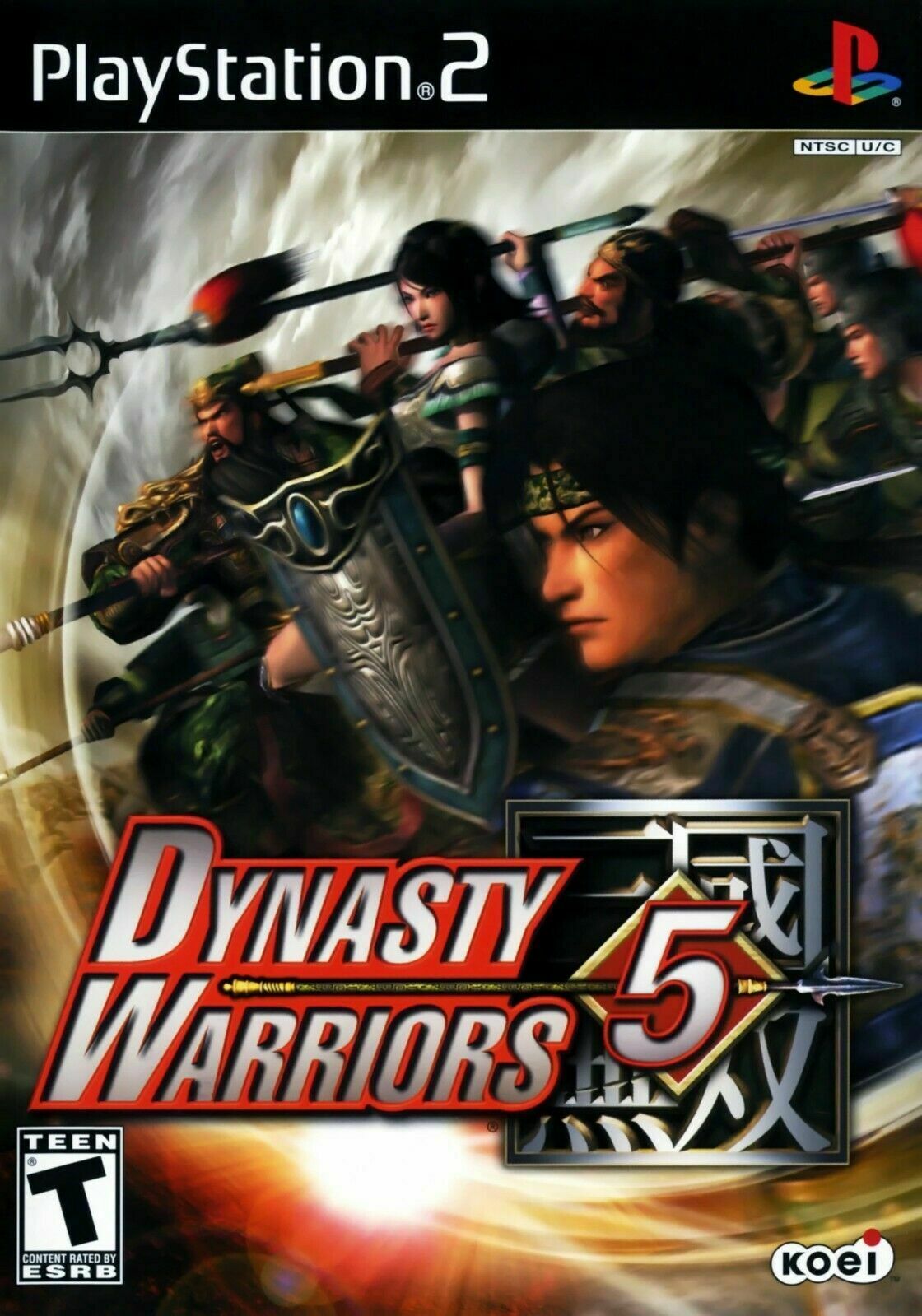 It’s time to take a look at another Dynasty Warriors game. With this title out of the way I have now finished playing through all of the installments that I own. It’s been a pretty fun ride to be sure. This one definitely has the biggest change between entries in the series. It’s really like playing an entire new game which is cool. I definitely like all of the changes made here and he game still gets quite difficult by the end of its run. It’s certainly not a game to underestimate.

The basic plot of the game seems to be the same as all of the other ones. Your goal is to unite China under the same flag as the army you are fighting for. Once you do that, then you will have restored honor and balance to the kingdom. I went with Wu as always. The army’s armor always looked pretty cool and it was nostalgic to play as the same guy from the third game. From there I just went on to clear the campaign which was certainly a lot quicker than the last two games. There are only 5 levels here compared to the usual 7-8 you would have expected. Couple that with the game’s less difficult nature and it was a breeze.

I’d heard about this before but the difficulty in 5 is definitely a lot lower than in the previous two games. You really just mow the enemies down and they don’t fight back quite as much. I would say that the whole game was a cakewalk except that the final level was actually very difficult and felt like one of the installments from the earlier titles. It took me a lot of attempts to clear that one. I did my best to try and complete it the “normal” way but my army would lose morale way too quickly so it would never work out. Finally I just had to try and run straight up to the main villain and then I was able to clear it. This certainly took a good amount of effort.

Most likely the reason for the spike was because my level just wasn’t high enough. Due in part to how easily I would complete the other levels, I hadn’t needed to fight nearly as well as I should have. If I had been a higher level then I’d be beating enemies a lot quicker and naturally that would make a difference with the army morale. That wasn’t how things went down though but it does add to the replay value of the game. You can easily beat the game in under 3 hours if you blast through. However, after that you can also work on getting all of the other characters leveled up and completing their stories as well. In this game each characters gets their own story so that is definitely a lot of stories to run through. It’s definitely not something that will be an easy task nor will it be one that you can do quickly.

The graphics definitely look very good here. You’ve got a lot of little improvements like each enemy having a health bar and also their status not vanishing. In the old games you could easily lose track of a general among the mob because the title would flicker in and out. In this game it stays put the whole time which is appreciated. Characters load up a lot quicker and in general it all just looks quite good. Then you have the soundtrack which has a lot of classic rock themes like the last two. I’m still pretty surprised in general that the games have such a great soundtrack but I’m certainly not going to complain.

The gameplay in Dynasty Warriors 5 plays it straight this time around. You don’t have any missions to find a missing box or anything like that. All of the missions are simply about taking down a boss and unlike previous games they never lock the main villain away. You can run up to him in any of the levels and just test your skills. It won’t be super easy to do so as there are a lot of minions in the way, but 5 certainly makes it possible. I imagine that experienced DW fans would be able to easily get in there and take down the boss. It’s ultimately a strategy that will bite you in the end since your level will stay low but if you’re just planning to quickly beat a campaign then it makes sense. If you do this then I recommend the paralyze combo. It’s two week hits and then a power shot. It trigger a 5-7 hit combo with guaranteed stun. It’s really hard to think of any attack option that is superior to this. Spam it as often as you like. As always make sure to keep your final smash on hand until someone attacks you to instantly combo-break the opposing hit.

If you get a horse then I recommend keeping him around. On Easy mode none of the minions can do anything about him so just jump off when you make it to the boss. The horse won’t be going anywhere either so once you’re done you saddle up and move. The humans run a lot slower than the horses and these levels are massive so I definitely recommend keeping him around. In general it is just so handy to have your own horse and they can be rare to find. Another way to get one is to lure your ally who has a horse into a big battle and once the enemies knock him off you grab the horse and run. I hope in one of the future games you are given the ability to tell your ally to leave the horse. It’s a small feature but one that would be very handy.

Overall, Dynasty Warriors 5 is about as solid as the last two. If anything I would say that it is even better than them thanks to the graphics improving quite a lot and the gameplay feels smoother. The opening cutscene for example is pretty incredible. 5 feels way more polished than the last two and you would have expected that the game would have come out a lot later than it did. It’ll be interesting to see how 6 tries to stop 5. It definitely won’t be easy but the series seems like it’s on an upwards trend so I won’t say that I’d be surprised either. If Dynasty Warriors wants to keep improving I expect that it will be able to do so. If you like beat em ups then you definitely ought to give this one a try.