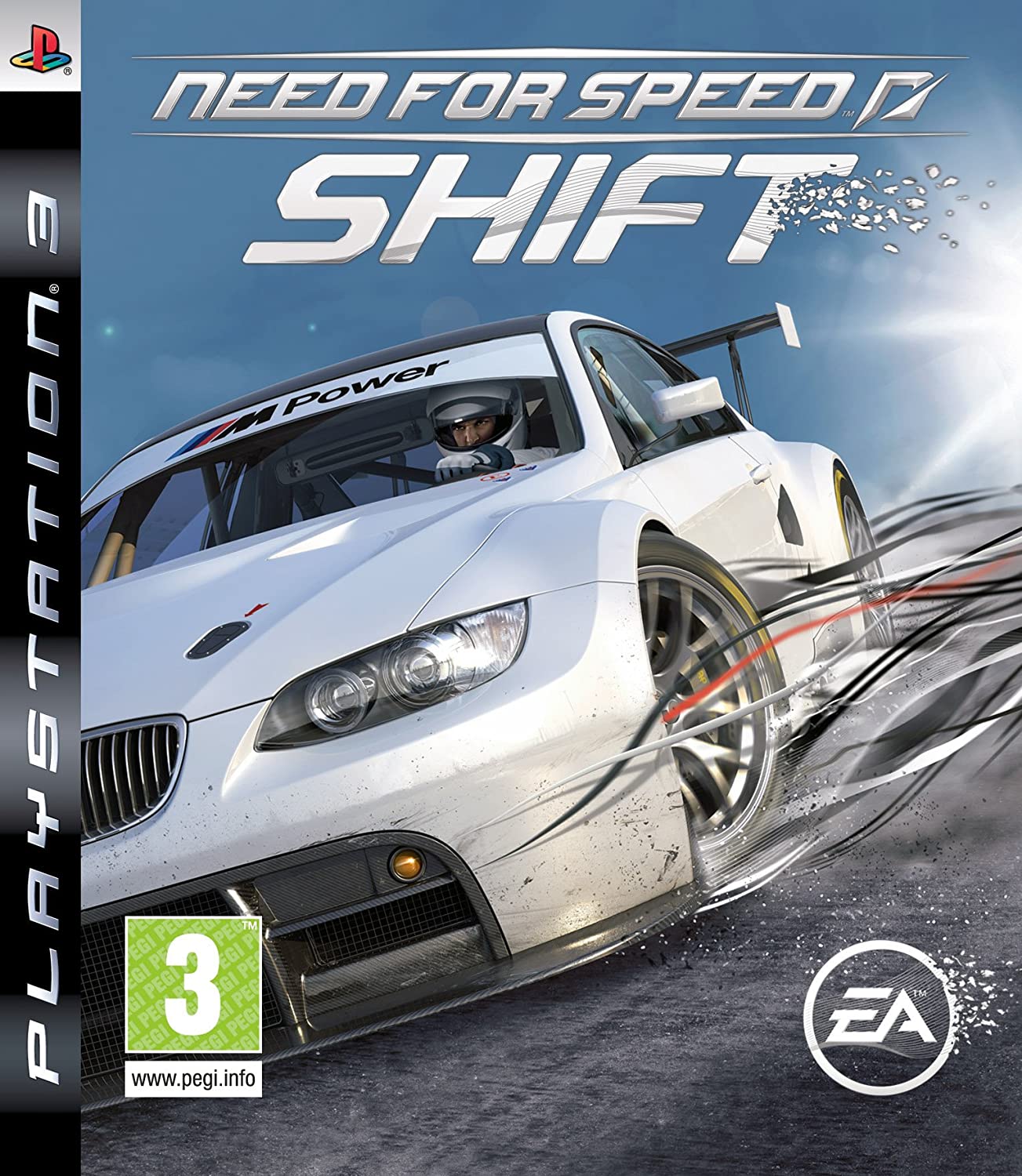 It’s time to look at another Need for Speed title. This one takes the series in a much different direction compared to the rest of the titles in the series. For starters, there is no actual running from the cops in this title or anything like that. You’re actually racing on a pro track the whole time as you work to become the best. It’s interesting that the series would go in this direction but it doesn’t work particularly well. By doing this, the game becomes “Just another car game” which is not something that a franchise wants to be. It had such originality and creativity before this. Still, I can’t deny that the game has quite a lot of content at its disposal and the controls are good so it’s still solid.

The main campaign mode here consists of you jumping into a bunch of different races and doing your best to obtain stars. These stars are what allow you to unlock more races to get into. Once you have obtained enough stars then you unlock the championship where you can race to be the best. The star system means that you don’t necessarily have to complete every race in first. You can also skip some if you’re not confident. The important thing is getting as many stars as possible so that you qualify. An average race will usually have 5 stars, you get 3 for coming in first, 1 for breaking a lap record, and one for some kind of miscellaneous achievement. On average if you’re placing first in events then you don’t need to worry about the bonus stars but this way if you come in second or third a lot then you should be okay.

You will definitely still need to play a lot of races though. The game may give you extra stars to work with but it’s not like you can take that as an excuse to lose every race. You want to realistically still win quite a lot. The game can be difficult, but I wouldn’t call it crazy either. A lot of the races are very winnable since your car can keep up. I’d say it’s once you go around 2 tiers higher than where you start that the game really starts to jump the difficulty up pretty high. It gets hard to deal with and you have to upgrade your car quite a bit to stay ahead of the game. Money gets to be a concern because you run out of it very quickly. So you always have to balance out upgrading with buying a new car. It’s also best to stay with the older car as long as possible because that’ll allow for better cars to be on the market.

Personally I’ve always preferred just having 1 car so you don’t have to worry about all of that but I understand that this does make things more realistic. I suppose it increases the replay value as well as you have fun customizing the car to your liking. It’s definitely something that it vitally important to the career mode so keep that in mind. The game is fairly long and I imagine it’ll take over 10 hours to complete. That’s due in part to the difficulty but also because there are just a lot of races here. You’re not going to finish it too quickly to be sure and that’s a good thing. It’s always nice to have a lot to do in a game even before you consider the replay value. Need For Speed tends to always deliver on that front.

So there’s not much to say about the gameplay but it’s your standard 3D racing title. You speed through the streets in one of the cars you’ve chosen and try to stay in the lead. There are also other kind of events like drifting where you keep a turn for as long as possible and other such events. The Nitro is always a fun boost as well. I definitely have no problem with the controls. It’s all very smooth and on point. Meanwhile the graphics are also top notch. The backgrounds are rather limited so it’s not as impressive as some of the other installments but I think the studio still did a good job of keeping it as smooth as possible. Then of course you’ve got a pretty big soundtrack although not all of the songs will be great. I recommend keeping the music low so you can focus on the driving.

At its core my main problem is that this just doesn’t really feel like a Need For Speed game. There are no cop chases throughout the game nor are there any night levels with fun backgrounds. As a result you feel rather closed in the whole time. I also don’t like the new mechanic that causes you to lose a level if you go off the track too often. That limits your freedom even more and the game should let you explore. If I see a shortcut, why shouldn’t I take it? That’s always been the spirit of the series. While minor, I also didn’t appreciate the new realistic collision mechanic. Now when you bump into something the screen gets really dizzy as you recover from the concussion. It’s definitely realistic I guess but you can actually get pretty dizzy from that. I tend to crash a lot as well which doesn’t really help matters.

Overall, Need For Speed Shift is definitely a very different kind of game for the series. It was an experiment, but one that I don’t feel worked out very well. It just feels a little soulless and if you want such a game there are many others to choose from. You should always have a real story to back a title up even if it’s brief. If you really enjoy racing games then I suppose this is a good one to go for, but otherwise I would say to give it a pass and pick just about any other up. It’s true that this is a very solid game, but at the same time it doesn’t offer you anything that the others don’t even improve on. As a result there is little reason to go back to this one.