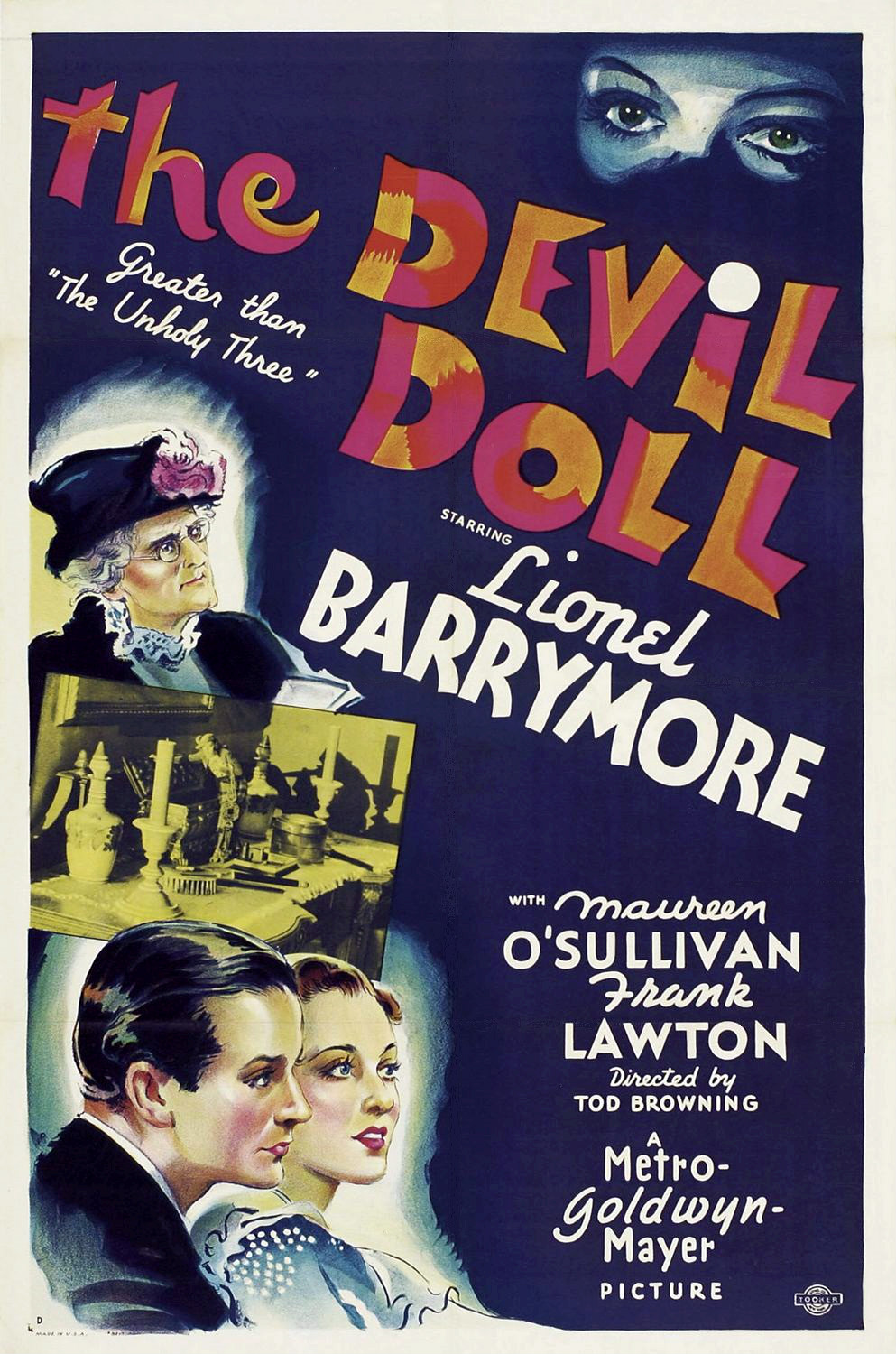 When you see a film with a name like this you think of something like Talking Tina. The title isn’t quite as literal as that would have been but is still pretty fitting when you think about it. The movie manages to balance more of a down to earth drama plot along with a supernatural thriller storyline going on. The latter can feel quite sudden when it’s first introduced but the two plots mesh pretty well together. Ultimately I would definitely give this movie a thumbs up.

The movie starts with Paul in jail. He was framed for embezzling a lot of funds as well as murdering someone. He manages to escape along with as mad scientist. The scientist is able to shrink people and animals using a serum and can then control them using his mind. Effectively the shrinking process takes away your free will so you are now someone’s puppet to be used. He dies from the stress of it all and while Paul initially decides not to carry on the work, he sings a different tune when he realizes that he can use this to get revenge on the 3 people who wronged him so long ago. It may have been 17 years but when you’re rotting in jail for that long on a false wrap you don’t forget so easily. Those 3 guys better watch out!

Meanwhile you’ve got Paul’s daughter Lorraine who believes that Paul actually was guilty and blames him for a whole lot of things. She’s been estranged from the town due to her relation to him, her mother died, and now she has to work two jobs to keep a place for her grandmother to live as well. It’s definitely not a very easy life for her but at least she has her boyfriend Toto. Thing is, she feels like she has to decline his advances due to what’s going on. Paul decides he needs to find a way to fix things but he also doesn’t want to get her in trouble so he will have to tread carefully here. He also has to be careful because he is working with a maniac by the name of Malita who was the scientist’s wife.

I was not expecting the daughter plot so when it showed up it felt a bit sudden but I’d say that it worked well. It makes for a more personal note that keeps this from just being another film about someone murdering a bunch of people. You can also feel more sympathy for Paul on both fronts. One is the fact that he was betrayed by his closest friends and had to be in jail for 17 years. The other is the fact that he sees firsthand how this has destroyed his family entirely. It’s easy to see why he wants revenge and it’s a much better motivation than most antagonists. That’s not to say that you’ll be rooting for him to destroy them all but certainly you can see why he is doing this.

He even has a fun disguise the whole time as he pretends to be an old lady. It’s a nice bit of fun the film had with that and it does help to show how he is able to infiltrate all of the homes and get by the cops. Who is going to give an old lady a hard time right? His disguise is fairly ancient so there’s no way she could be going around murdering everyone. Paul’s just a fun main character that’s for sure. Malita isn’t the most interesting main villain though. She’s basically just insane and wants to continue the research but to what end? I don’t think she even had a tangible goal for it so I wouldn’t give her a ton of credit for that.

Toto and Lorraine are nice enough though. While Lorraine’s anger is misplaced it’s not like she actually got to hear Paul’s side of things. She’s done really well to support her grandmother during all of this as well which is definitely commendable. As for Toto, he’s a pretty loyal guy who does his best. I was also glad that he didn’t panic a whole lot when Paul showed up the way that a lot of other characters do. If I were him I’d still have blown Paul’s cover at the end to Lorraine though. Would have made for a much more complete ending.

I do feel like one plot point was abandoned though. At the beginning the scientist is working on having his miniaturized people gain free will. It was the one error in his research. I felt like the film toyed around with the idea that the girl had developed free will as she had been the latest creation. The film doesn’t really go that route though which I was surprised about. It would have been interesting but with Paul being more of a nice guy at the end I suppose it could have been a little tricky to handle. That’s why at the end you would then assume that Malita is just having the two dolls dance for her own amusement by controlling them but it seems like an odd thing to do. I can see why Paul was upset too since it’s a huge unnecessary risk.

Even though turning people small is the main plot you could easily get more engaged in the family plot at times. It’s not a strike against the film though. It’s just that the writing is so good that both plots end up being quite satisfying. The movie moves very quickly with its pacing so something interesting is always going on. I definitely found the film to be very solid. The characters were good, the story was solid, so there were no weaknesses her. At the end of the day it was just a very complete adventure.

Overall, The Devil Doll is a lot better than you would suspect from the title. It’s an engaging film about revenge with Paul still taking the high road at times. When you think about it he’s a lot more lenient than most main characters would be. The film tackles quite a lot to the point where it could have been a little longer and still been quite fun. Still, the pacing was on point and even the 3 villains get a good amount of development here. You can quickly gauge their individual personalities as well. If you’re looking for an old school thriller then you should definitely check this one out. The fact that the main character isn’t some random evil guy is already a pretty fresh take on this kind of flick.

2 thoughts on “The Devil Doll Review”