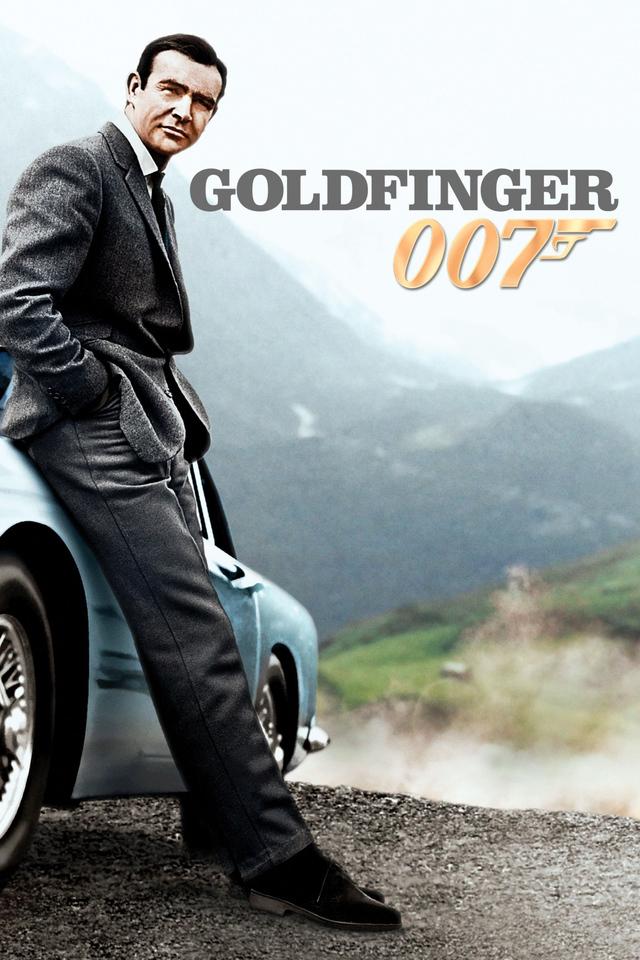 Bond is at it again with this next installment but is the film going to go to the next level here or will this be about on the level as the first two. It’s definitely a movie that retains a lot of the same issues as the earlier titles. The action scenes are fun though but Bond certainly gets punked a whole lot. Again, how is this guy the best agent that M16 has got? It feels like he mostly just relies on luck in all of his appearances and that’s not a good strategy that’ll work long-term.

Well, the movie starts with Bond blowing up a facility and basically showing the audience that 007 is back! Bond heads to a resort for vacation but the worst fear of every person on vacation happens…his boss shows up. The agent tells Bond that he is to investigate and monitor an infamous villain known as Goldfinger. The guy stays at this very resort and loves cheating people out of their money. Bond is pretty confident that he can beat anyone up so he promptly begins trolling Goldfinger by stealing his girl, making fun of him, and then cheating the guy out of a bunch of money. Naturally this leads to Goldfinger murdering the girl and beating Bond up multiple times. Bond wants revenge now but will he be able to stop Goldfinger in this frenzied state or is he on a one way trip to oblivion?

This film really highlights the issue with Bond’s overconfidence. It just doesn’t feel earned since each time it causes him to lose or his friends to get murdered. The girl from the opening scene is a big example of this. Bond basically threw her life away by antagonizing Goldfinger and not giving her any kind of protection after that. What did he really expect was going to happen here? As a special agent you need to be confident in yourself. Absolutely, that’s a true statement but there are limits to this. It’s like how Iron Man dared Mandarin to try and attack him in Iron Man 3 and was surprised when the guy did or even a random thug mocking Accelerator and saying he wouldn’t dare shoot her only to find out that he actually would. If you’re going to test someone you should be prepared for retaliation.

So Bond is no better in this film than in the last few. Not only is he very weak but of course he is distracted by every lady in the film and has a number of affairs as normal. I’m okay with him getting extra emotional for this one. While some may say this isn’t very professional of him, he knows very well that the situation is his fault and should want to avenge the girl. It just makes all of his losses in this film sting all the more. He still has his more charismatic moments of course and can be a fun lead to follow but not a likable one.

Unfortunately Goldfinger is definitely the worst main villain so far. The guy can’t really fight all that well and just relies on the fact that he can always outwit Bond. His final plan only gets so far out of pure luck. I have a very hard time believing he would be able to shoot down over 10 Army fighters on his own and then escape for a third time. That whole sequence will have you shaking your head. Keep in mind that the army went in knowing that there had been a hostile takeover at this point. Should be on full alert….

His main minion Oddjob was really good though and definitely a standout character. He’s actually very skilled. First off, the steel hat is a genius invention because you can wear it very discreetly and then toss it when you need to take someone down. The villains clearly have their own Q who can make some solid items. He’s also not a one trick pony as he was able to fight really well even without the hat. I wasn’t surprised that he was a lot stronger than Bond either as we never see the agent training while this guy was clearly devoted to his craft. That’s a lot of shots at Bond eh? I’ll give him a break til the end now.

Galore is the main heroine in this film and I’ll give her some points for being able to fight. In fact she even defeated 007 on multiple occasions. It’s definitely nice to have hand to hand skills and even better to have that coupled with a gun. At that point there just isn’t much you can do if she has the proper angle. Galore does really well in this film even if ultimately you know that some romance will be appearing at some point.

As always this is where the Bond film falters. There’s a ton of random affairs in the film. Even the opening credits are pretty painful here as it focuses on a ton of suggestive imagery the whole time. From the posters and such you can see exactly how the film was advertising itself and this did not change with this film. It makes all of the usual mistakes here and just makes you shake your head at how predictable it is, but also at how much better it could have been without that.

The movie’s about on par with the last two. I would argue it’s a tad bit better than the opening 3 but not by enough to really make much of a difference. Hopefully as the films go on Bond will look a little better but at this point I’m rather doubtful. Usually you have the lead look his best in the opening films before having him lose more in the sequels since it shows how the villains are getting more powerful. So if he is already getting crushed here then that really does not bode well for him.

Overall, Goldfinger continues to show why the James Bond films aren’t in the same league as Mission Impossible or Jason Bourne. Those titles really focus on the special agent aspect of the plot as the primary focus while this one seems to have that as the backdrop at times while Bond’s charms are the main focus. He’s just thrown off his game so often it gets pretty crazy. The film does flow by as the pacing is good and I would also say the writing is on point. It’s mainly just held back by Bond himself and the fanservice. The fact that Goldfinger is not only a sub par villain but a flat out bad one doesn’t help matters either. We’ll see if the next film is able to overtake this one.