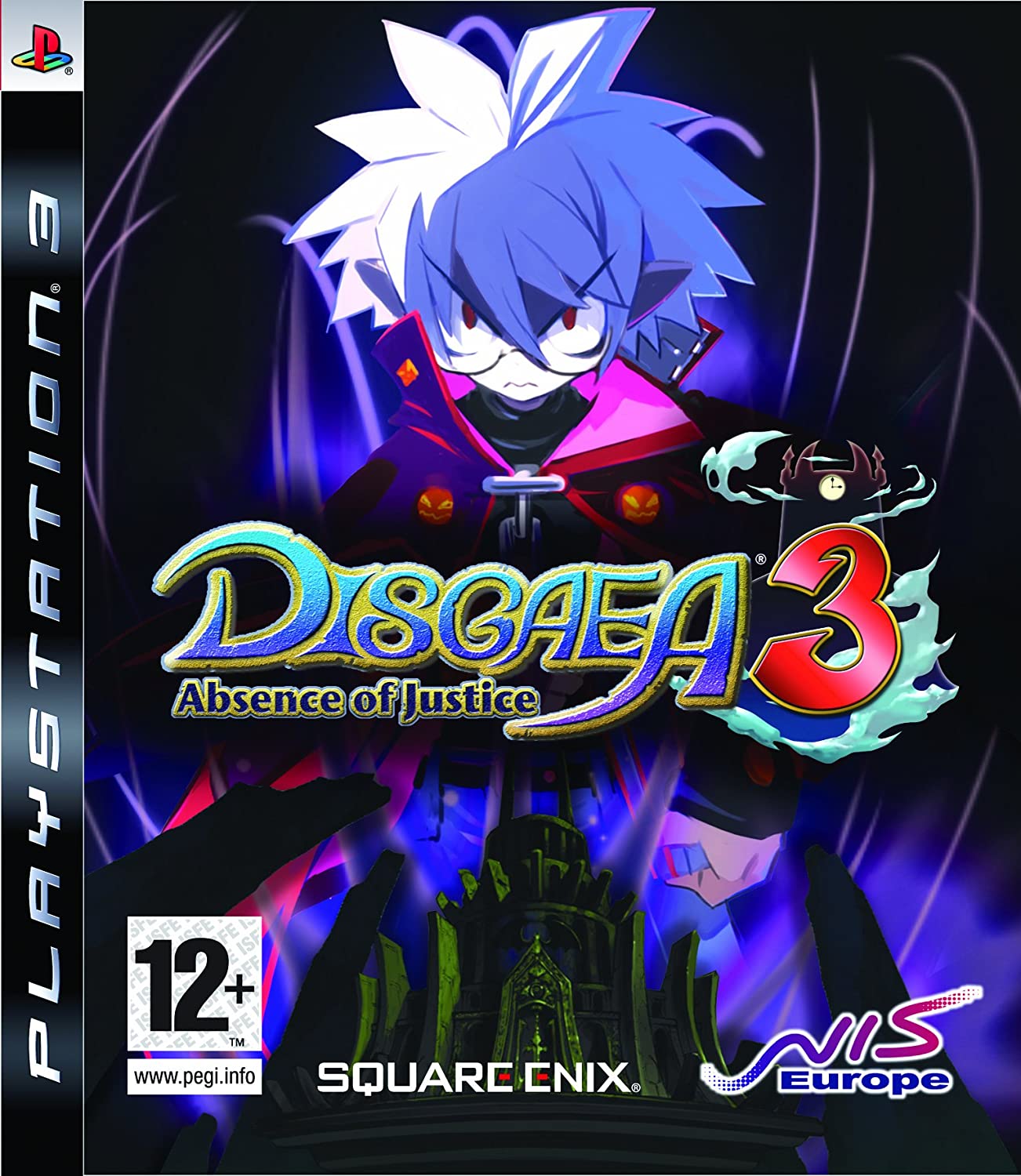 It’s been a little while since I played Disgaea 2, but I’ve been meaning to jump into 3 for a while now. The strategic gameplay of the series is always a blast. It really brings you in for a big challenge from start to finish that’s for sure. You have to consider a lot of angles when playing. While the core story is definitely a bit weaker than the first two, it makes for a great game either way and one that you don’t want to miss.

The game starts by introducing us to Mao. He’s the son of the Overlord and his goal is to rise to that position by destroying his father. The reason he wants to do this is because the Overlord broke his video game console a while back. To that end, Mao has decided that he will need to figure out what powers a hero since heroes usually take the Overlord down. Once he is able to figure that out then he will be ready to roll. To that end he captures a hero named Almaz and steals his title. Now, this gets a little meta and the game isn’t afraid to break the 4th wall but bear with me here. So effectively everyone has a title which actually affects how you act and think. Now that Almaz’s title has been taken he is slowly becoming a demon. He has to find a way to get into Mao’s heart (Which is located as basically a department store that you can walk into) to steal his title back. Will either of the characters get what they want?

Most of the game takes place at school or on campus as Mao tries to locate how to find a lot of power. Heroes are almost mythical in the demon world because of how rarely they appear. Everything is backwards in this world so to be an honor student you need to keep on cutting class and just being mean while the delinquents are people who attend class and are nice to others. It’s a fun dynamic and there are 3 little minions who show up in basically every chapter of the game to try and cause trouble. They’re always fun to have around for sure.

As a main character Mao is decent. He has his entertaining moments and I do like that he is always trying to set the record straight that he has no friends. The guy has a lot of secrets and a fascination with live experimentation so even by the end he isn’t a true hero. Still, he does end up fighting with the villains so you are at least glad to have him on your side at the very least. Almaz is the other main hero and he’s pretty fun. His plot is about getting Princess Sapphire to finally notice him but he is content to stay in the shadows until he works up the courage. He protects her from a distance and all. A one way romance like this can always be rough but at least the demons aren’t too hard on him about this.

Sapphire is a solid Princess though and one of the better ones of recent years. She has the brilliant idea of going to destroy the Overlord before he even thinks of kidnapping her. That’s pretty proactive so I can certainly get behind that. Princess Peach should consider capturing Bowser next time instead of waiting for the inevitable. She can fight which is always a pretty good skill to have as well. Her super strength punch and Buzzsaw even scare Mao at times.

Mao’s rival is a solid character as well. As leader of the delinquents you’d expect nothing less. One supporting character who could be annoying most of the time was the cook though. Literally all of his lines are using food lingo. I can appreciate good puns and all but I felt like he would never actually get to the point so he didn’t really serve much of a purpose at times. He gets a lot of hype and is apparently super strong but the game doesn’t do much with that concept.

As an RPG there are tons of other characters of course but those are the big ones. You’ll enjoy the story, there’s a lot going on. For the gameplay, it’s the same as in previous titles. You control up to 9 characters and maneuver them through a chess board of sorts. The idea is to take out the opponent fighters. Sometimes this will be straight forward and you just run to take them out while at other times there are a bunch of obstacles to get past. The levels become more like a puzzle as you have to decide how to attack the enemy. A good strategy is just as important as your level ups here.

The game holds nothing back so you will likely need to go replay levels a bunch before clearing the game. It’s difficult to level everyone up here since only the character who beats the enemy gets the level up this time. So by the end of the game I had 4 really strong fighters and my other guys were scrubs. It was worth it though. Then you want to save money to buy excellent equipment. The equipment will really come in handy since it boosts your stats massively. For example you can switch out your weapon with 100 attack power for one with 700 and suddenly you’re blasting through everyone. The toughest part is always choosing between buying a new weapon or new armor. I always prioritized weapons first since it makes the grinding quicker but ultimately you will need armor or you will fall. My strategy is to sell off all the equipment of all my other fighters and only stick to 4 but of course this is risky. It’s a great way to raise funds short term though.

There’s a whole lot of depth to the gameplay as you can also upgrade attacks here. Doing so makes them more powerful but drastically costs more magic meter as well so sometimes getting it too strong can actually be a bad thing. Then you can go to class to have the students give you money or unlock more levels at the shop. There is definitely a whole lot to consider here. The main story took me over 20 hours and there is a sizable post game story as well. This game can easily last you 50+ hours so there is a ton of replay value here. I would definitely recommend sticking with it

Naturally the soundtrack is also pretty solid. You’ll recognize a theme or two from the original game in addition to the new ones. Then you’ve got the solid graphics which go all out with the special attacks as always. It really knows how to make everything look really high tier. I do low key wish you could skip the cinematics on the special moves eventually since it takes up some time but I suppose after putting so much effort into the attacks they don’t want people just skipping them each time.

Overall, Disgaea 3 is a solid way to end the trilogy. The game has a lot of heart and depth to it. It’s a very complete RPG that excels in all areas. While I would say that the first two defeated it, you’ll definitely be invested in the game. It may be very difficult but you always feel like you have hope even if you need to go back and earn some more level ups again. Sometimes that’s just something you have to do. Going back to get stronger is a noble quest at all times.