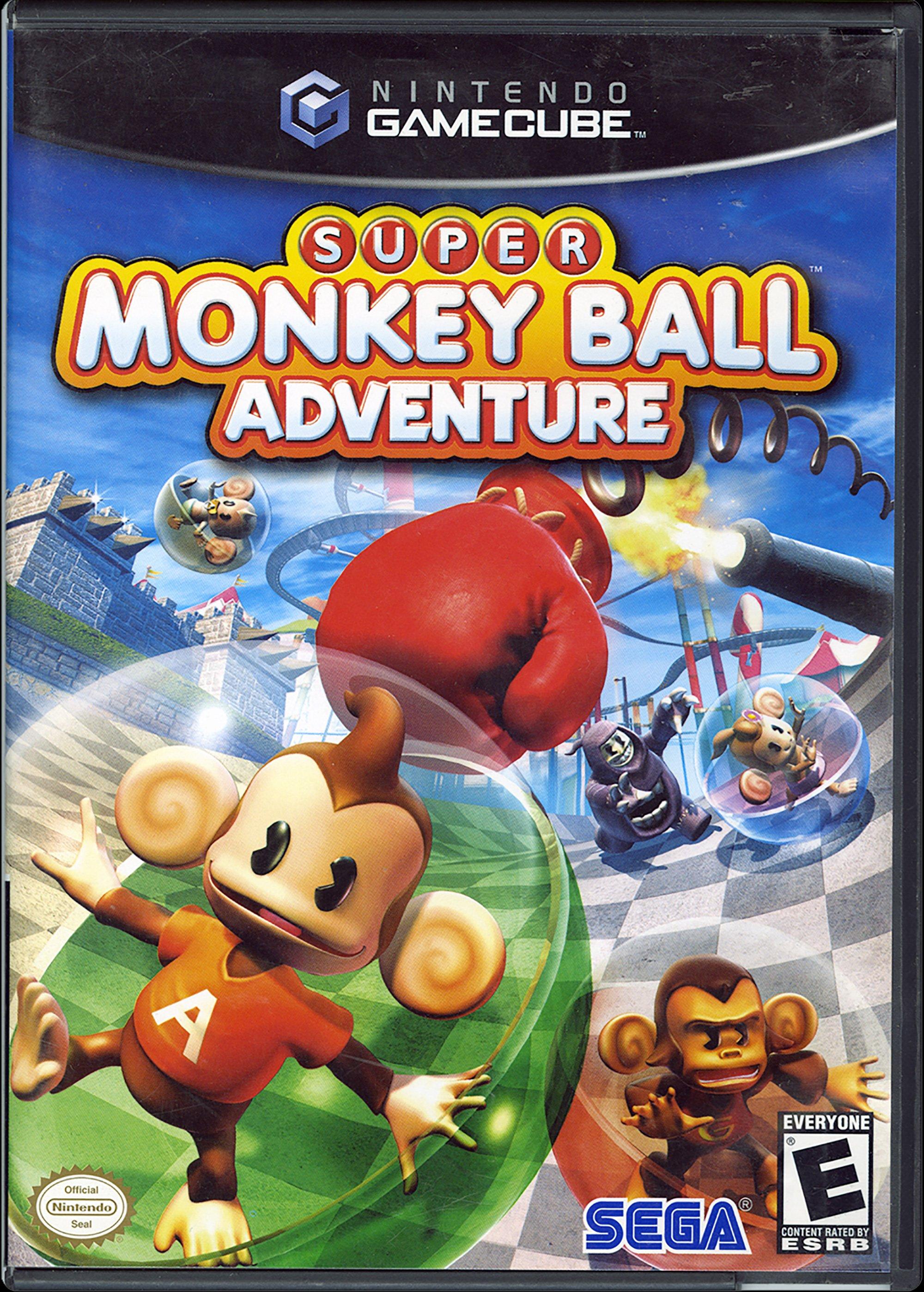 Monkey Ball is a series that has always been pretty important to me. It’s got great gameplay and a whole lot of dynamic puzzles. To an extent you can say that it’s a very safe series which should never go wrong. How can you mess up such tight gameplay right? The Wii one wasn’t particularly impressive though and this one’s really underwhelming so maybe the series is just over the hill. The problem is that these titles are messing with the core mechanics which really didn’t need to be altered at this point in time. it’s a shame, but I guess it’s just the way it goes.

The basic plot here is that a wedding is being planned between two characters. Unfortunately a lot of people don’t want to attend the wedding. For starters, the wedding is against the rules of the land currently and people are just too busy. There are robot invasions in some lands, monkeys turning evil in others, and some just can’t be bothered. Aiai and the crew decide that they are going to have to force everyone to come to the wedding by eliminating any possible excuses that they might have. So that begins their tough journey through the wilderness to set things straight. Can the monkeys do it or is this really game over for them?

The plot isn’t terrible I guess but it’s definitely not particularly engaging. the real problem here is just the fact that the gameplay is not good. So, in most Monkey Ball games the idea is to make it to the goal while balancing inside of your little plastic ball. This s tough because the levels are just really difficult and controlling the ball is tough. Still, it’s a fair challenge that is a lot of fun and each level is shorter than 60 seconds so the trial and error doesn’t hurt. Unfortunately this is only a small part of the Adventure gameplay. You only play these levels on occasion to unlock new areas to explore. that’s it.

The rest of the game acts more like a platformer. You have to help the villagers with whatever challenge they are having like bringing people balloons or catching a car. Unfortunately the Monkey Ball gameplay really does not work particularly well with this style. The game is all about moving and performing these difficult maneuvers but when you fall prepare for big set backs. The game will take you to the nearest area exit which is sometimes quite far from where you died. This means it will be a long journey to get back to where you were which is never fun. That’s the case for a lot of the quests here, they’re very tedious and take the joy out of the equation.

The basic structure of the game is that each world has around 20 missions to complete. Each mission will bump you up 5%. Once you reach 60% you can challenge the boss of the world and by beating him you get one more guest to the wedding. Rinse and repeat for all 4-5 worlds and then you’ve made it to the ending. Interestingly the game doesn’t really let you know any of this so you may end up doing more missions than you actually need to as a result. Pretty slick of the game if you ask me. I was just ready to head out as soon as I had the required completion% in the game. My total completion% was around 74 which is pretty good I must say.

Fortunately, since you don’t have to beat literally every mission, if you find out that’s a little too cray just skip it. No reason you have to punish yourself by trying to knock it out. In particular there were a few aerial missions I just couldn’t handle. The air missions seem to be the worst ones in general since the gameplay just isn’t as finetuned as the ground combat parts which have been fine tuned over many different installments by this point. The aerial part is new.

The graphics are okay I suppose. They aren’t particularly impressive but you know where you are going which is the important thing. The level designs are pretty bad though. The hub worlds are just too huge and as a result you can get lost or just have to retrace a lot of old ground all the time. As for the soundtrack, well it’s pretty forgettable. I don’t expect you will remember any of the tunes by the time you’re done with the game. It’s just one of those adventures.

For replay value I suppose there is a decent amount here. There are quite a few missions to do and extra minigames. Gathering all of the bananas in order to unlock all of the bonus content would probably be pretty intense too. The game took me a long time as it is so there is a lot of content here. It’s just not particularly entertaining content. If you do end up liking the game though, you can at least be content to know there is a lot to do here including an expansive multiplayer mode with lots of games to try.

Overall, Monkey Ball Adventure just isn’t good. At the end of the day the core problem here is the gameplay and that’s pretty much a killer for any title. The fact that the story is pretty much nonexistent doesn’t help either. You have to deal with a lot of loading times and since the game just isn’t fun in general either, there’s no real reason to play this one. One thing that could have solved a lot of problems would be the ability to teleport to missions or at least re-spawn there when you lose. Without that and the fact that chanting to go into each special skill mode takes too long results in a pretty sad experience. I don’t see myself going back to this title. Hopefully Monkey Ball gets a proper new game at some point though.