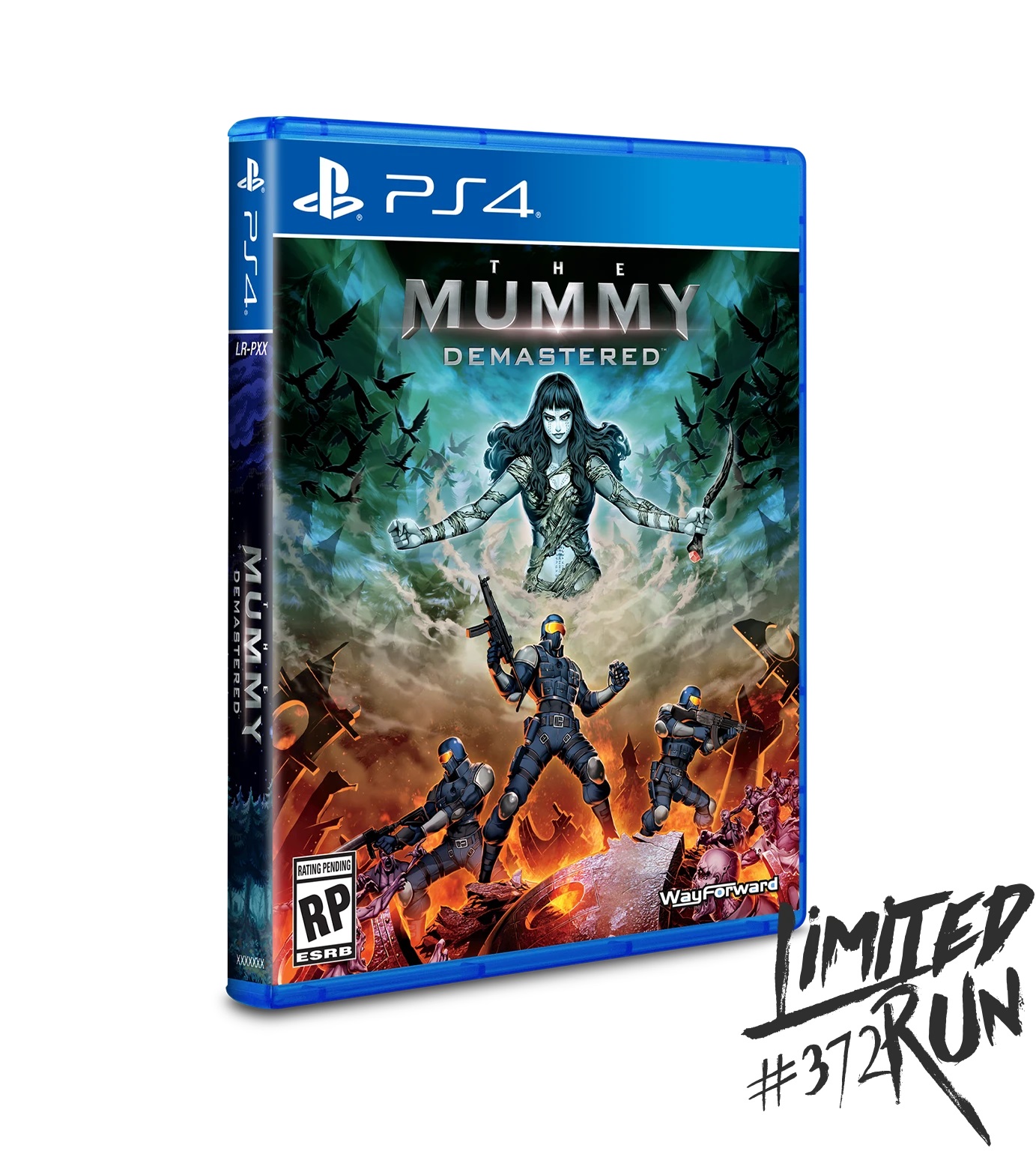 While the Mummy film may not have exactly lit the world on fire, that doesn’t mean the video game can’t be a solid entry. WayForward has always delivered consistent products and this one’s also a blast. It’s a tad short but made in a way that encourages replaying the game and ultimately getting to a speed run level. The challenge of beating the game without dying once definitely sounds like it would be a really difficult one to achieve. This is a good example of how to handle a Metroidvania experience. There’s a precise reward system here that makes exploring fun.

The premise of the game is that the Mummy has awoken and you need to take her down. You are part of a very secret, very low key organization that exists to stop supernatural enemies like that. You have to suit up and find out why nobody is reporting back. Well, turns out they have all been murdered and the Mummy only continues to grow stronger. Surrender is not an option. If we can find the 4 sacred scrolls then we will have the abilities need to stop her. It’s now a race against time!

The scrolls were a good idea here since super powers is really the only possible explanation for how a band of humans can hope to stop the Mummy. Otherwise she would just stomp us all into dust and be done with it. This way you can at least see how we can handle this. The game has a fun idea about the death system too. In this game when you die the character himself doesn’t respawn. You get a brief cutscene where the captain fills you in on the plan again and lets you know that the last agent died. Here’s the twist, the last agent kept all of the gear and power ups. You then have to go find and destroy him to reclaim your abilities. He’ll also use them against you in battle which makes for a difficult mini-boss.

I nearly got myself into the corner on this. At one point I died right before the boss so the issue here is that the save room was pretty far away. To fight your previous agent you have to get back to the same room. The problem is that not having any power ups includes your health bars as well. So getting past the hordes of enemies with only 1 health bar and no power ups was very difficult. I had 13 deaths in the game and I want to say that maybe even 10 of those was to this section. I kept on creating more and more dead versions of myself. I should add that the dead versions stick around until you blow them up so you can have an army of evil main characters after you.

That whole thing was pretty fun. The core gameplay here is a 2D shooter with platforming elements. You have a standard blaster and grenades but as the game goes on you will gain more weapons. The ammo upgrades are extremely handy here as well since a lot of the time the main issue here will be that you run out of ammo while fighting the boss. Your main gun is good but it is weak so if you run out of ammo too soon then you will really be in a jam. Likewise having extra health bars is huge. So you’ll enjoy exploring the world because often times it will really lead you to power ups that help you in the game.

Additionally, the map system is very clear. You can see what parts of the game you have not explored yet and there are also a few copters that serve as shortcuts. I ended up searching through almost all of the map because it was satisfying to do so. I’d be tempted to go back and get the % to 100% since that will net me a few more trophies along the way. It’s the kind of game where you feel like the Platinum is absolutely attainable. Perhaps not too quickly but it can be done. The replay value also helps to make the actual story length longer. I got lost a few times which bumped my own play time up but I can see people knocking this one out like clockwork.

The graphics are pretty good. It’s a more retro sprite style and while I wouldn’t say it’s quite as polished as some others, you can always recognize everything and know where you are going. The best effects would likely be some of the flashier attacks from the bosses or even the little color effects so you know what their health bar is like. The redder the opponent gets the less HP they have left in the bank. The soundtrack is also solid, it’s got a very sci-fi kind of edge to it. I’d say it reminds me a bit of Prince of Persia as well, sort of that relics, sand of the gods kind of vibe mixed in. All in all that’s a good combo.

Mainly I would recommend always keeping at least one bomb handy when going through the game. Almost every power up is behind either some debris or a gate where you need the bomb. If you use them all up you’ll have to take down enemies until you replenish so if you always have at least 1 on hand then you can just quickly grab the power ups without having to worry about anything. At the same time you shouldn’t be afraid to spam your super gun ammo on the minions. You’ll get it back quickly and a lot of times it helps you save your health since otherwise the enemy attacks deal a lot of damage. Re-obtaining health is a lot more difficult especially once you have 8 bars or more. One strategy you can do is to die on purpose next to a save point since destroying your previous agent will always replenish your health completely. Now that’s a tidbit I would remember if I were you.

Overall, The Mummy Demastered is definitely a fun game. The various gameplay controls and mechanics are all handled very smoothly so you never feel bad about backtracking. You can cross the whole map in a short amount of time so if you need to look around it’s not like it’ll take hours. Titles like Metroid can learn a thing or two from this. Additionally the power ups feel substantial. One of the things I really liked about this is with every new upgrade you feel a lot stronger than you were before. This is something I’ve always praised the Shantae series for so I’m not surprised to see it be the case here. At around 3-4 hours you will breeze through the game but I’d definitely recommend picking the title up. Those will be hours well spent and the replay value helps things add up as well.