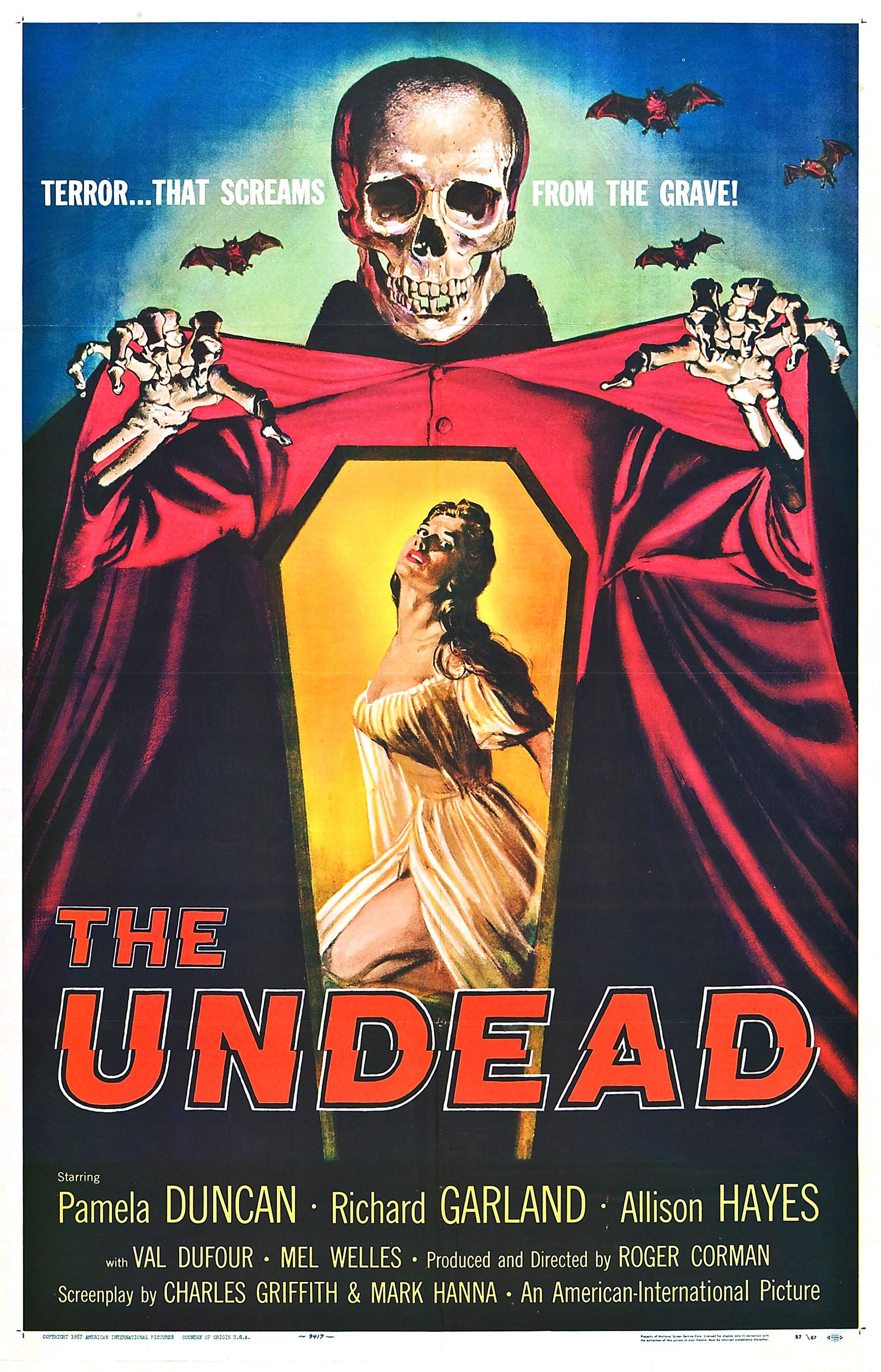 This film has a fairly ambitious plot to be honest. It involves some time travel, multiple paths and even how your life will affect your future incarnations. The characters have to deal with all of this and put a lot of different lives on the scale. Ultimately I would have liked a different path on the climax but the actual twist ending itself is definitely solid. The film was better than I had thought it would be.

The movie starts with Quintus running an experiment to test his theory on being able to send someone to relive a past life with his hypnosis. He tries this on Diana while another professor is around and the trick works. She is now in the past living as a witch by the name of Helene who is attempting to escape persecution. There is a drawback though, there doesn’t seem to be a way for Diana to return until Helene dies. Furthermore, if Helene survives longer than she is supposed to, then Diana may never be borne. Helene is said to die this night when the witches are executed but she has several allies in the past. Pendragon wants her to live as well as an elderly witch who protects her from the attacks of Livia. Still, Livia is quite powerful and even has her own imp. Helene will have to be careful here.

The plot in the present with Diana doesn’t return until the end so really the whole film is set in the past. Initially that’s part of what I was worried about since films that take place in this time period usually aren’t great. It just doesn’t make for a great backdrop next to the current day setting. The days of witches and castles always tends to be rather gritty and with Roger Corman here I had absolutely 0 confidence in his ability to churn out a good film. Surprisingly this one plays it fairly straight though.

Helene is a decent character but it would be nice if she could actually use some magic to fight. She does well in trying to escape her fate for a lot of the film but I do think she overthinks things by the end though. At the end of the day her life is the one she needs to worry about now as I wouldn’t buy what the others were saying. There’s no guarantee that the other characters would not still exist later on. So, just survive as long as you can and the rest will come into place.

The film is at its best with all of the action scenes though. You have quite a few confrontations that lead to blows. All of the characters are really good at surprise attacks as well and use that to quickly take their opponent down. Pendragon has a fairly extended fight against the executioner at one point which was intense. Both of them landed a ton of powerful blows to each other before one of them went down.

As for Pendragon himself, I wasn’t a fan. He’s better than the executioner guy who was desperate for Helene and just seemed really petty the whole time. The problem with Pendragon though is that he is pretty gullible and just not that smart. He is quick to tell Livia everything and also cheats with her on two occasions before finally dredging up enough willpower to break away. This guy should have been a lot more steadfast in sticking with Helene if he really liked her. From the way he talked, if she did die then he would have gone with Livia next during the early scenes which doesn’t make him look too loyal.

As for Livia, she is an impressive villain. Her magical abilities are good but almost too good. You get the feeling that she should have been able to take Helene down at any point. We see that just cutting through a clay doll would have been enough to take Helene down so she should have more spells like that once the older witch was gone. Perhaps the senior one has some kind of counter spell active though. While I don’t recall her name, the older one deserves a lot of credit. Without her Helene absolutely would not be alive.

The film even threw Satan himself into the mix. That’s certainly one way to escalate the stakes. He laughs a whole lot in this film as he finds everything amusing and clearly does not make deals. He has some back and forth exchanges with Pendragon, which he always won. Same as when he talks with Quintus. This guy’s quite experienced after all and as the ultimate evil, even Livia doesn’t mess with him.

As for Quintus, he’s easily one of the most overconfident characters you’ll run into in this film. There are quite a few confident ones after all but he probably takes the cake. Everything seems to be going his way after all and he believes that there is no risk to him since he is on a psychic trail. His experiments were dubious from the start but by the end he is acting as a total villain. He isn’t shy about hiding it either since he figures nobody in the past will ever see him again anyway so there won’t really be a risk. It’s part of what makes the end of his character arc pretty fun.

Overall, The Undead does a lot within its allotted screen time. There are other characters as well like a guy who manages the graveyard who always speaks in riddles and right hand man of the old witch who is fairly loyal. Unfortunately things don’t go very well for him. Despite being a Corman film, this one also isn’t very violent. Several heads do roll quite literally, but it’s always off screen so things don’t get too crazy. The romance was a little hard to buy and the ending isn’t ideal aside from the final scene which is magnificent. As a whole though this film was still good though and one I could safely recommend, even if just for the fight scenes which were solid. The witch abilities were also presented pretty well considering how long ago this film was made.