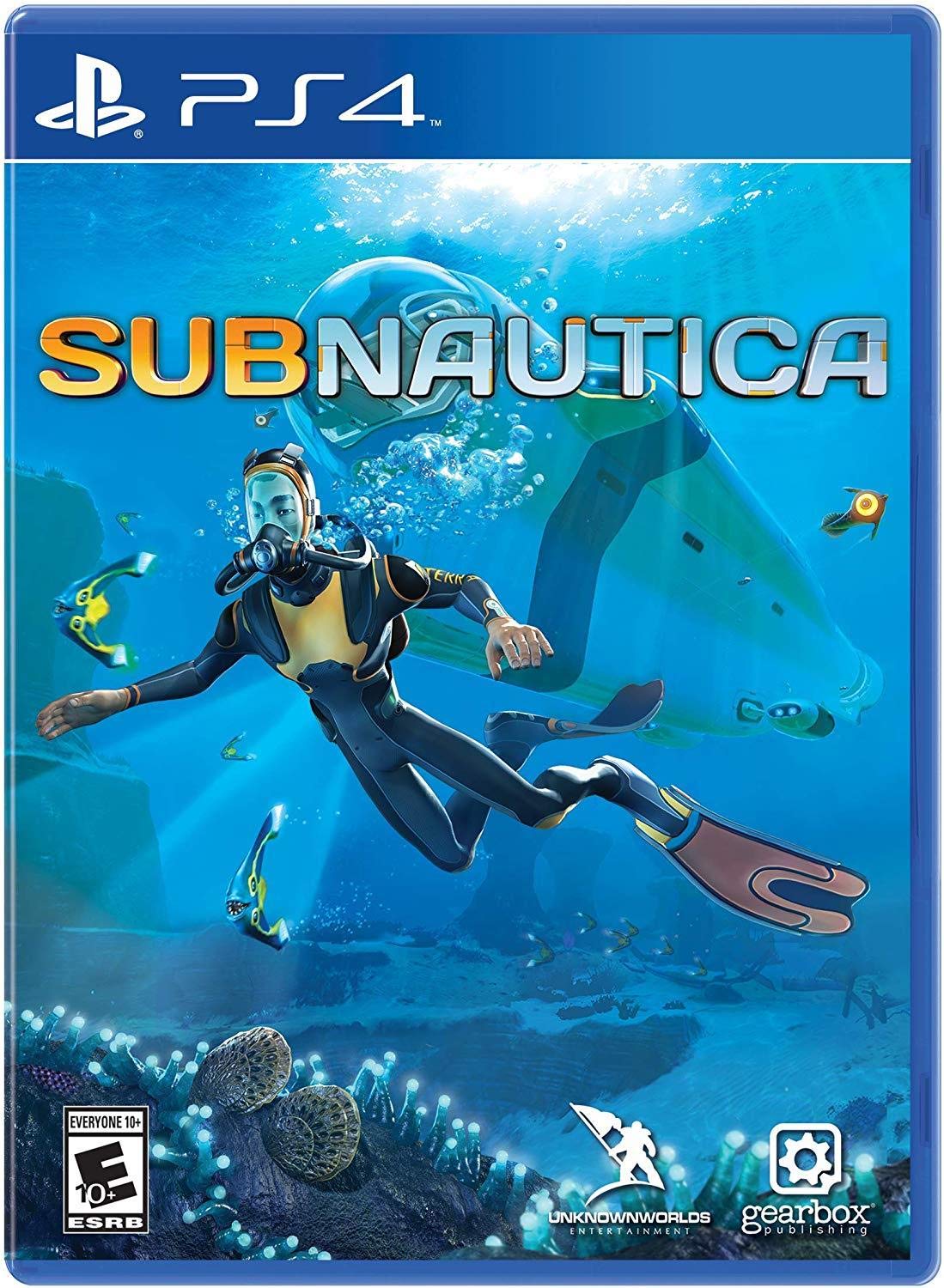 Time to check out another one of the PS Home free titles. Subnautica is a survival game and I haven’t played a whole lot of those. Unfortunately…that’s probably for good reason. Now, you can absolutely churn out some great titles for this genre, but this was not one of them. I think there is an ambitious game to be found here but it does leave you to your own devices a lot and it is maybe trying to be a little too realistic. More on that in a minute.

Your spaceship has crashed and now you are stuck in an escape pod. You are able to bust out but the main ship is infected with radiation so going there isn’t exactly an option. Additionally, you don’t have a lot of equipment. If you don’t rustle up some food and water soon then you will eventually die. Can you manage to survive in such a remote ocean or is it game over for you? There isn’t much of a plot beyond that but you’re not supposed to be playing the game for the story to be honest.

The gameplay is pretty smooth so that’s good. I was able to make a knife and a power up that let me swim faster so that was a good way to kick things off. I felt like I would do anything as I scooped up a bunch of mushrooms and equipment. The problem is that soon after I ran out of item space and couldn’t figure out how to clear my inventory. I put as much as I could in storage but even that filled up so then I was sunk. I needed to try and make some things to fix up a radiation suit or to at least fix my tech but I couldn’t find the elusive ingredients.

One thing is due to how large the game is, it can be very hard to find a specific item. It’s like digging for a needle in a haystack as they say. Along the way you can also meet a lot of fish and even some monsters. Watch out as some of the monsters can blast you out of existence with their spores or just eat you straight up. I wanted to see how far the ocean would stretch out so I made it a great distance before being eaten. I’m sure there is a limit to how far away you can go but it would take a while to get there.

The farther you go the more dangerous the Ocean gets as well which makes a lot of sense. That’s exactly how you would expect it to be right? Meanwhile you can’t go underwater for very long as you will drown so keep that in mind as well. In a way you have 4 different health meters now as you have to watch out for radiation, hunger, oxygen, and water. Fail to keep one of those meters up and you’ll die. As I mentioned the game goes very in depth. I could have done without some of that though like food which is probably the most annoying one. Dying of hunger’s kind of sad but at the same time I won’t want to waste item space on getting a lot of fruits or fish.

You’ll need to do it anyway but still, I think that’s where the game is getting a little too realistic. I’d be good with just hanging out in the ocean. The graphics are definitely really good though. The game’s visuals are sharp like the waves and the backdrops. It’s part of why you can be okay just swimming around for an hour or two. The soundtrack is pretty much nonexistent though so don’t expect to hear any big tunes like that. This isn’t exactly that kind of game after all.

Ultimately what keeps the game from going higher is that it’s just not a whole lot of fun outside of short spurts for me. It’s not really a very active game where you are doing a lot of things. You do have to plan things out and someone like Senku from Dr. Stone would probably appreciate the attention to detail. Outside of a scientific basis though, I wouldn’t be likely to go back to this game without some kind of extra story being added in or some cutscenes. Now that would be a lot of fun.

Overall, Subnautica is a game where you can tell they did put a lot of work into it. It didn’t quite click with me but if you’re really into the genre I can see how it could potentially work. The level is certainly huge so you can spend a lot of time in the game. The loading time may be a little long to start the game but considering how much has to be generated I can see why that is the case. It basically saves at any time as well so that’s cool. There are also some automatic events that play out the longer you play so that’s pretty neat. It’s free so you may as well give it a shot.