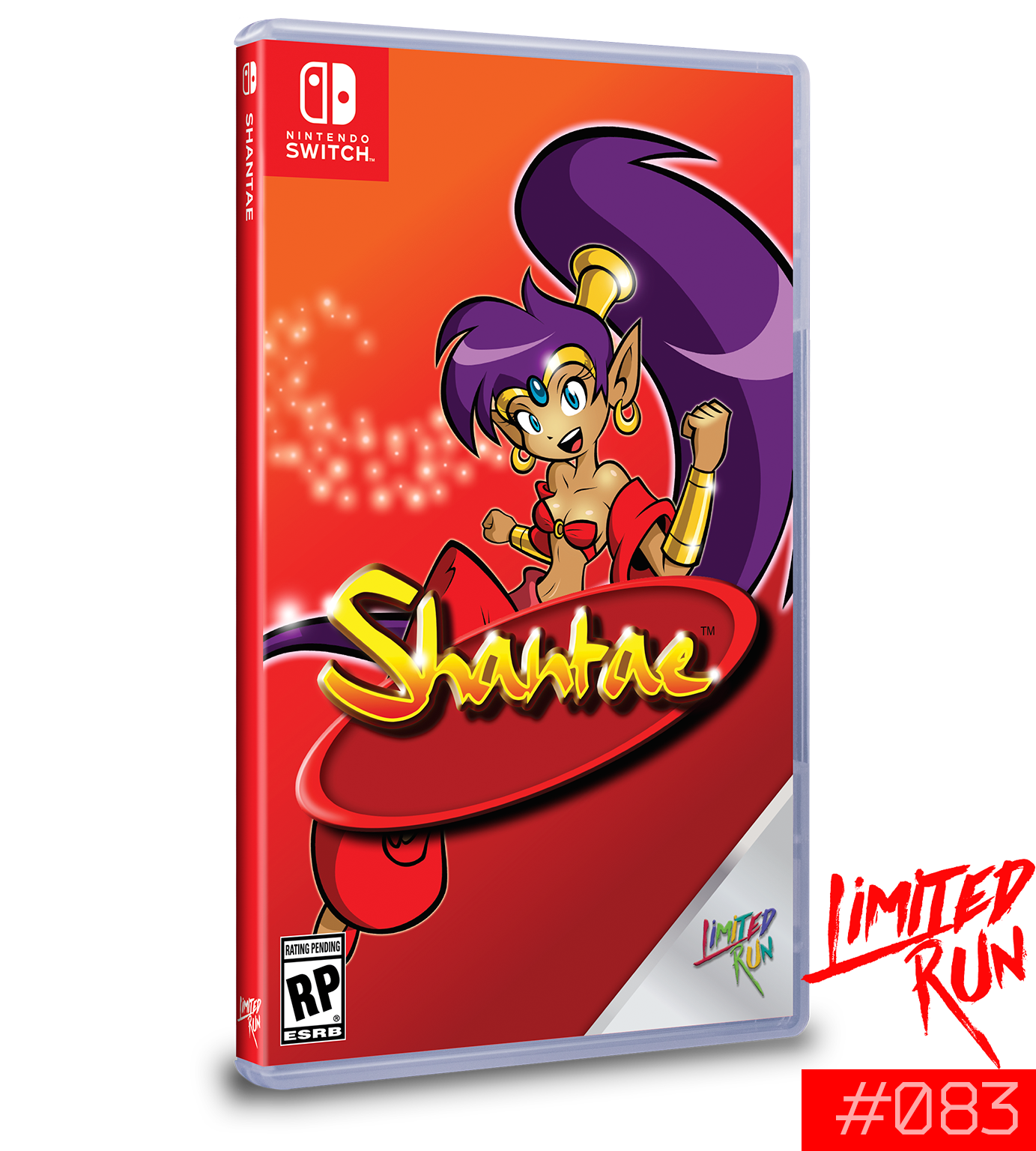 I’ve played all of the newer Shantae titles but I hadn’t gone back to play the older ones before now. Well, Limited Run comes in handy with these remakes/ports so now I can experience the original game with the full Nintendo Switch experience. The game holds up pretty well. There are definitely some areas where you can tell it isn’t quite as polished as it would be for the future games but the core essentials are all already there.

The story follows a half genie named Shantae who is the guardian of a village. One day everyone is attacked by a pirate known as Risky Boots. She is trying to assemble 4 mysterious rocks that each have a lot of power. Shantae will need to try and grab them first to avoid calamity. Still, it’s unknown exactly what these rocks do so Shantae will have to be careful. She’s also effectively on her own with this mission since nobody else dares get in Risky’s way.

One difference with Shantae compared to other platformers is that the entire world is connected. In a way it’s like Metroid but it’s more of a straight line. The world is essentially flat in this title. If you start out at Oasis town for example, you can run to the left and eventually you will make it back to Oasis Town. It goes without saying though that the game won’t let you do this until near the end since you would need the flying ability to pull that off and it’s the final power up that you get. Makes sense though because otherwise you would be blasting through the areas a little too easily.

There is no map in the game so proper navigation can be a little difficult at times. The characters technically give you a hint when you’re trying to figure out where to go next but the hints are always not very helpful. They hype up the place itself more than giving straight advice. You’ll see them say something like “The mountain is pretty cold up ahead” but that doesn’t really help you out since there are exits to the town from left and right so you can’t be sure what ahead means. At times I basically travelled across the whole world and back when looking for the right spot. Fortunately the world isn’t huge so you can do this but it will take a little extra time.

The game has access points though which is great since you’re going to need them. If you aren’t sure which way to go, just leave yourself a backup save so instead of walking all the way back you at least have a checkpoint. It’s also helpful just when you’re walking around or for boss fights. The enemies can be rather tricky and the spikes come out of nowhere so having regular access points will help you get through without a hassle. Access points are something that I’m always quite glad to see in these games. It’s a great way to add a modern twist to the more retro styled games.

As for the gameplay, it definitely feels a lot like your classic Shantae experience. You use your hair to smack enemies out of the way. You can also dance to turn into animals like a monkey, elephant, and even a bird to get past obstacles. The dances definitely get very handy when you are trying to get to the next point of the game. Your hair’s length is pretty short though so timing your attacks is absolutely critical if you don’t want to get countered right away. You can find upgrades to your health along the path as well as new attacks so search each area carefully.

The soundtrack is also a lot of fun and you should recognize the tracks from the newer games. They may have been remixed a few times since then but the core beats and energy still remains the same. The game definitely sounds really good particularly considering how long ago it came out. It just goes to show that good music is quite timeless. The graphics are a lot older since they’re from the Game Boy era but they work well. The stage designs especially stand out and I liked Risky’s design here. She looks like some kind of evil vampire with the way the graphics look here.

In terms of length the game should last you around 6-7 hours I’d say. It’s a pretty decent length especially considering the difficulty level. If you are able to not get lost or shred your opponents really quickly then you can probably shake that timer down just a bit. In terms of replay value you can work on getting all of the power ups so that you really destroy that final boss but there isn’t a post game in this case so for the most part you are just focusing on playing through the main campaign. There are minigames and such you can find along the way though and if you gather enough squids you won’t have to walk quite so much since you can teleport from town to town. Now that’s a great incentive to grab collectibles if you ask me.

Overall, It’s good to finally have gotten to play the original Shantae title. It’s definitely a solid platformer that I would recommend. It’s considerably more difficult than the newer Shantae games since you can’t amp up your speed and attack into broken levels but you do have access points which really evens the playing field. Just be smart where you save it and you’ll be good. Also, note that losing a life doesn’t reset a boss’s health so having multiple lives is a great way to prepare for the boss. In particular the final boss is really tough. Even now I can’t say that I figured out a strategy for her beyond just getting hits when you can and staying far away so she doesn’t counter.