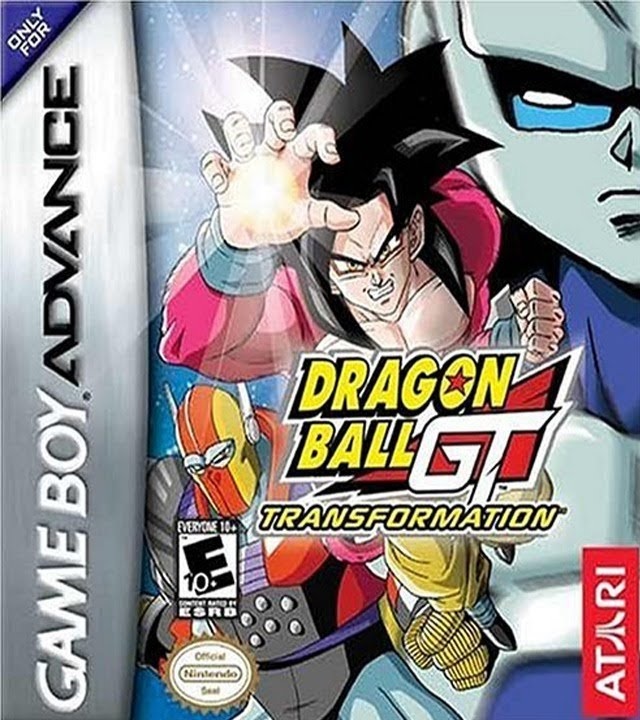 A long time ago I got to play the classic Legacy of Goku games but I wasn’t quite able to get the GT title. Well, I’ve finally gotten to play it and it’s certainly a very different take on the series. It’s a retro styled game that I haven’t played in quite a while but my main issue here would have to be the length. Clocking in at around 2 hours or even a bit less, you’ll have this game completed in the blink of an eye.

The game adapts the first arc of Dragon Ball GT. Goku and Uub were training when Emperor Pilaf shows up and uses the dragon balls to turn Goku into a kid again. The hero really isn’t all that concerned about this but the main issue is that the heroes have to find the dragon balls quickly or the Earth will blow up. They’ve been sent across the galaxy so the team will have to find them within a year. The team consists of Goku, Trunks, and Pan. Hopefully they are up to the task!

As for the gameplay, if you’ve played the old TMNT arcade games or Reign of Apocalypse for the GBA then you’ll recognize this one. It’s an auto scrolling 2D beat em up game where you use your hand to hand moves, ki blasts, and throws to take opponents down. You also have your super attack which comes at the expense of all your energy so it’s a risky move but one that is pretty useful. In a rather unique twist compared to the others though this game lets you have all 3 fighters in each level.

This adds a little strategy since you can quickly switch out to one of the other members if you’re low on health. While the fighter is on the bench they will start to regain their health although they won’t regain their energy meter. Still, if you play your cards right you should never lose a member since swapping in and out is pretty seamless. I like this addition for sure.

There are around 13 levels or so. I forget the exact amount but it’s nothing too large. I completed all the levels including a few that were off the main path so if those weren’t required you could probably shave a little more time off of the game. The bosses are fun and we do get little text cutscenes to further the plot. At the same time, with the short run time you can see how there isn’t a whole lot of time for a plot. The final level in particular blasts through a lot of story elements really quickly.

I suppose the hook of the game should be its replay value. After beating the game you unlock single player mode which allows you to play through the levels at will while using more characters. Using your Zennys which you earn from completing levels you can buy more characters. I bought Super Saiyan Goku for example and I see there are around 5-6 more characters after that. There are a lot of other hidden unlockables in the secrets screen like other modes and such so the game did throw in a decent amount of content here.

It’s not exactly the most tempting bonus content but it’s something I suppose. My issue is that the money seems hard to earn. Completing the game only got me enough money to buy 1 character so you’re going to have to beat the same levels over and over again to get everyone. That’s a little too tedious for me but I guess it’s worth noting that this will extend the replay value without a doubt.

As for the soundtrack, the game only has maybe 2-3 different tunes. The main rock one is very catchy though so it’s always fun to see. The graphics are fairly solid. The sprites are on point and all of the characters are easily recognizable. You can tell that it’s a bit lazy with how each character only has a single character portrait though. Everyone’s always glaring even if it’s a fairly happy scene. I don’t imagine it’s too hard to come up with the portraits so giving everyone at least 2 would have been nice.

At its core I’d say the main issue with the game is just that it feels a little lazy. Sort of low budget next to the other games which had proper hub worlds and felt like RPGs that could match other titles. This one transitioned to an action title which is by no means a bad thing but when it seems like this was done exclusively so they could cut corners then there was no way this could match the others.

Overall, I wouldn’t call this a bad game though. The gameplay will give you some fun as you power through the game. The story holds up and the rock theme is nice. I’m mainly deducting a point for how short the game is. The replay value is almost nonexistent to me because even if you unlock more characters, you’re just having them around to fight the same levels and bosses again. It would have been nice if the game could have been just a little bit longer. At the end there’s a stinger that leaves room for a sequel but clearly that never happened. Maybe if the Kakarot series gets far enough they will adapt GT one day. With all the planet hopping and everything it would certainly make for a fun exploration title.