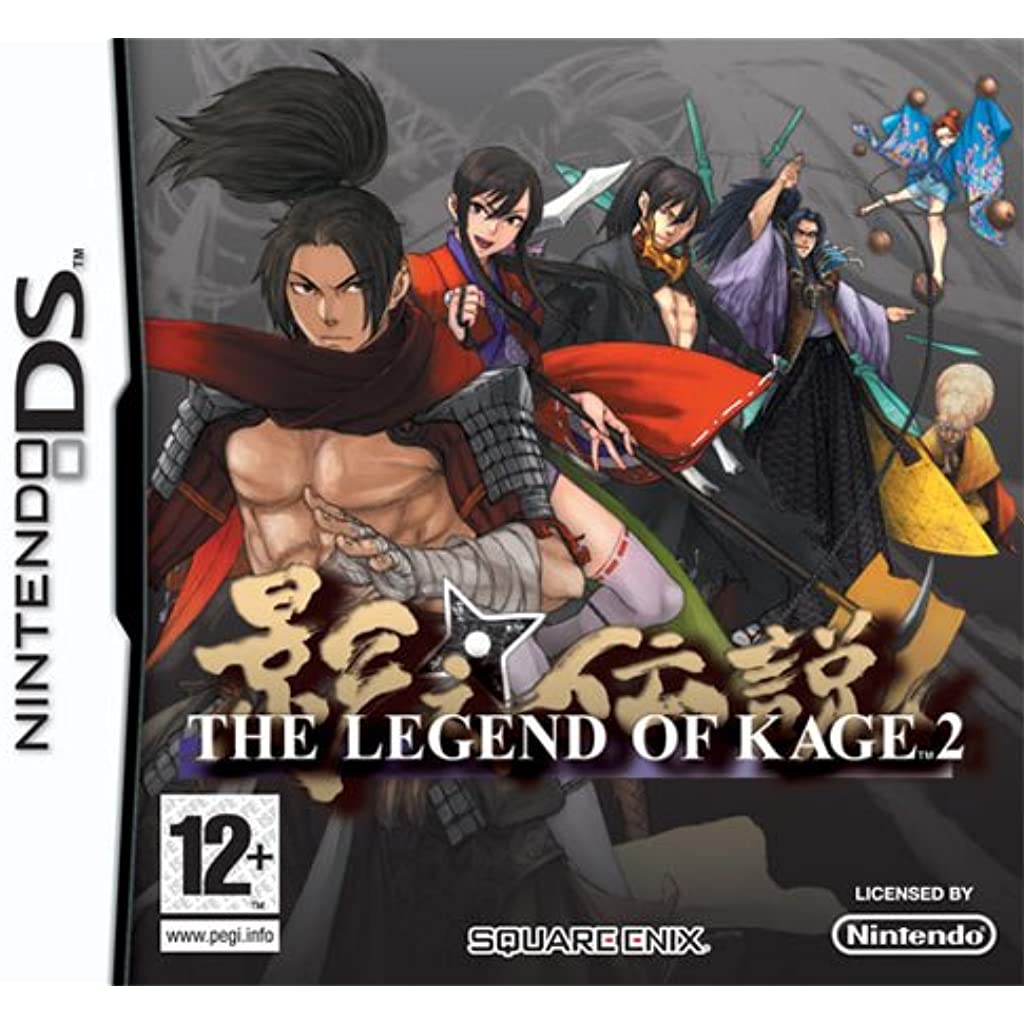 This is a game I bought at Gamestop a long time ago but I hadn’t gotten around to playing the original so I just kept it on the backburner. Well, I finally got around to beating the original (Review coming soon) and the sequel does a good job of really improving upon the original in every way. We now have a real story and more streamlined gameplay.

The game starts with Kage being given a new mission. He is to protect the princess who turns out to be his childhood friend. It’s really not a bad gig but unfortunately he does not know the true dangers that are around him. A group of villains want to kidnap the princess because she has latent abilities that could allow them to conquer the world. Clearly the stakes have been raised but will Kage be able to raise his skill level to match?

Right away I liked the visual style of the game. It handles the energy effects well from how the blue and red blades look to how the whole game’s atmosphere is. Ultimately this game looks very good. The boss designs are on point as well and if the game ever got an anime, I’d want them to use the designs from this game rather than the original.

The gameplay is pretty simple and to the point. You can jump extremely high and swing away at enemies with your blade. A new addition to the series is that you actually have special abilities now. You can increase your attack, defense, or even shoot out projectiles. Personally I recommend sticking to the attack and defense options since those are really the best bets. The difference is actually noticeable here.

Now the main knock against the game is the length. It’s around 3 hours which is pretty bad. The original game was only about an hour or even less but it could get away with it more since this was the original title. For a big sequel that’s a little harder to overlook because you just expect a certain amount of length. Imagine buying this day 1? That would probably get pretty dicey and you would feel cheated out of your cash.

There is some replay value I suppose in that you can try to grab more collectibles in the level. If you grab everything then you’ll be really powerful but the main issue is that there would be nothing to do with it. There are no bonus levels or anything so you would just be flexing on minions. Certainly that’s cool and all if you are having a blast with the gameplay but it’s not enough for me to say the game truly has real replay value.

This is the kind of title you are really playing as a one and done experience. It is a fun experience at least for the reasons I stated above. The main rival makes for a really good antagonist. He’s quite skilled but also has an honor code. The fact that he fought to the end while remaining as a human as an impressive twist. It shows Kage that you can become truly strong even without becoming a monster. The other characters didn’t always seem to have such fortitude.

Hanzo was also very interesting. He spends the entire game getting beaten up left and right but then you see that he is actually a whole lot more skilled than we may expect. Personally I still think Kage and the blue rival are too powerful for him but maybe he would be third in the verse. A third game seems unlikely but I would definitely be really hyped to see that at some point.

My main gameplay tip here is to just experiment. When you die you can always continue again so see what went wrong the first time and adapt. There is no penalty for trying a lot as you get your health and magic meter restored to the sky’s really the limit. The only chance of failure is if you give up. Additionally, the bosses have very set movement patterns so once you memorize them then you really should not have any problems here.

I wouldn’t say the soundtrack is super memorable but the tunes aren’t bad. You have a pretty good idea of what is going on and it fits with the ninja theme. I’d love some more rock based music themes of course but it’s hard not to be satisfied with what we did get. The boss battles are also intense as you would expect.

Overall, Legend of Kage 2 was a lot of fun. The only thing keeping me from calling it a great game is how short it is. No matter how polished the gameplay or interesting the story, there is only so much you can do in 3 hours. Maybe the developers weren’t given enough time but still wanted to make a high quality game so instead of sacrificing that, they cut off the length. If they were forced to make such a choice then I definitely have to say that I agreed with the call. Better to have a short high quality title than a long one that’s not very good. Better luck next time for Kage but if you find this game for $5 like I did then it is definitely worth it.