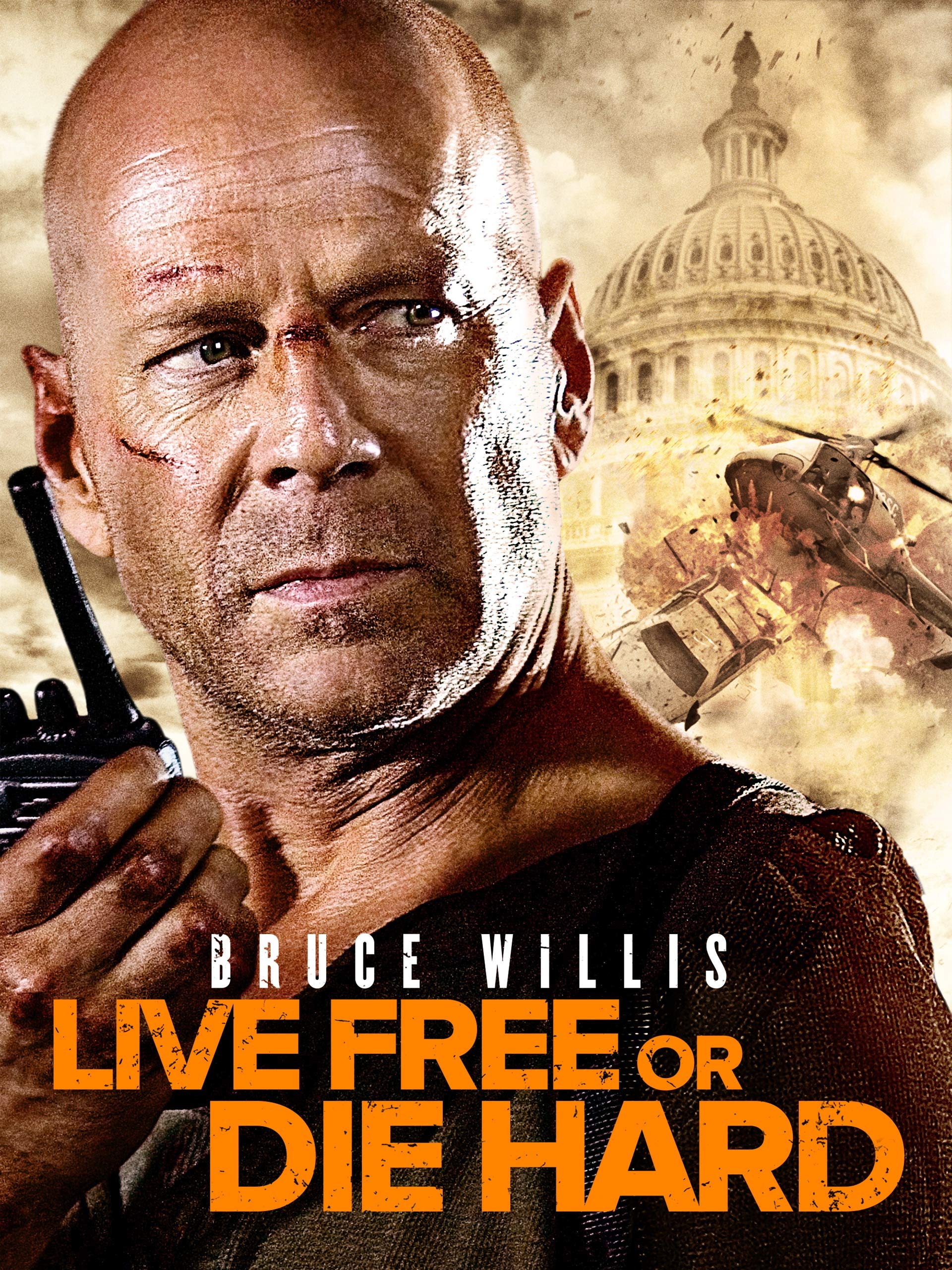 This time the series goes back to its roots with quite a lot of action right off the gate. Within the first 10 minutes you’ve already got your opening gun fight and a big action scene after that. The switch to a more tech based villain makes sense for the modern era. This definitely ends up being a very solid watch all around.

The movie starts with John scaring off a guy who was trying to pull some moves on his daughter. You’d think she would be more appreciative but Lucy basically just yells at him and tells John to go away. John then has to make one detour on his way home to pick up Matthew, an expert hacker. John doesn’t know why he has to bring this guy in yet but it’s clear that this is something serious since a group of trained professionals show up to take Matthew with them. This results in a pretty good fight but John manages to escape.

So the issue is that someone seems to have started a Firesale. They are using technology to try and take down the country. This targets many different aspects such as television, phone companies, gas, etc. It’s all based on a plan that Matthew helped with although he didn’t realize just how real this was. John now needs Matthew to think carefully about where these hackers are and how to stop them in time. If they are too slow, America may end up being defeated this time around.

With hackers causing trouble it is a little difficult to know how to stop them. They could be logging in from anywhere and on the net they are also pretty versatile. Unless you take them down at the source they can just sign on again. There is a lot of running around here but unlike the last film, John’s team is usually on the offensive. If they can just find these guys they can deal a finishing blow in no time flat.

John looks pretty solid as always. At this point he’s definitely a veteran and knows how to handle himself. He has a tough time with Matthew because he is the very opposite of experience and determination. Matthew spends a great deal of time complaining before he finally ends up being helpful in the movie. Before that you can expect him to just hold John back.

I’d say the best sequence in the film is when the two are attacked by Mai. She’s the main villain’s right hand woman and can fight quite well. She gives John a pretty good fight and also survives some hits that would take out most fighters. Mai gets hit by a car and keeps on ticking. The battle goes a few rounds and she really leaves an impression on you by the end.

The movie also just went more all out with the fights than it has in a while. The battle with Mai for example felt more like a Jason Bourne or comic book kind of battle. There was some good hand to hand and using whatever object you could find in the background was also crucial. It was two fighters just trying to survive and taking the opponent out right away too.

As for the actual main villain Thomas, he was pretty good. The guy is definitely not a fighter but has a plan for everything. He’s all about shutting the system down with hits wits as opposed to his fists. At this point that’s probably the easiest way to do things too since it’s hard to picture someone using physical force to try and take down the whole country. You’d need to find a few nukes or something to get in the right position for that.

This movie does offer another reminder though of how easy it is to take a badge. At one point the villains have to convince someone that they’re a cop so they just flash the ID real quick. So the person is convinced but I don’t see how that would convince anyone. Badges could be faked ever since their inception and if you’re suspicious about someone already, I don’t see how a badge could help. There isn’t really any good way to find out if the person asking you to follow them is legit though so you just gotta go with your gut. In this case it’s not like she really had a way out anyway.

Live Free or Die Hard looks a lot more modern than the older films. The city has certainly changed a lot and the effects during the night time battle are on point. It was also cool to see the villains using fake footage to cause panic in the streets since that does make a lot of sense as a strategy when you can manipulate all of the channels. It was a good way to stir people up and cause a whole lot of trouble.

It’s only a single scene so this isn’t a big deal but the “romance” in the film is rather weak. Not only does it come out of nowhere but it’s for two characters who barely even interacted. It’s going for more of a funny ending but it doesn’t really land. It doesn’t help that I didn’t like either character involved in it. One just seemed super ungrateful throughout her screen time and the other one spent a lot of time whining. Both traits don’t make you a winning character.

Overall, This was a pretty good installment in the series. If it can keep up this level of action in the next one then we’ll be good. Of course you can’t survive on only action but this film had a pretty good mix of elements. The writing was on point and the story was interesting. The hacking was used pretty well and while it’s not a new concept to hack into the government, it’s one you don’t see a whole lot of thrillers take on. I thought it was a fresh angle and as a whole this is an example of taking the story in a different direction and succeeding at it. I didn’t have any real issues with the film and it’s the kind of title that has a lot of replay value.