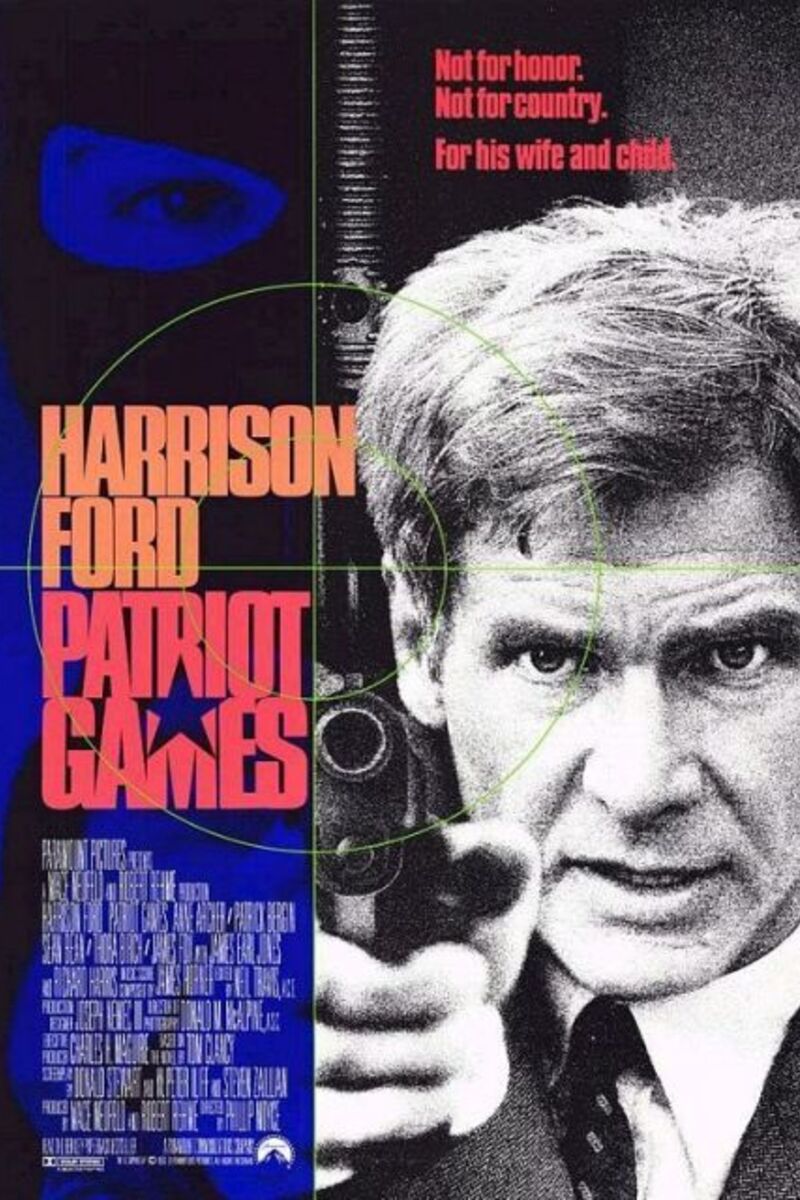 When you’re getting ready for a movie about a CIA agent forced to go back in for one last ride, you know that things are going to be hype. This movie gives you everything you’d expect. You’ve got explosions, solid dialogue and an overall engaging film. There’s just something that’s hard to place my finger on in why it doesn’t pop out as much as the others. I don’t know, it’s a very good film but at the same time I guess it feels very by the books? No matter, still one I would certainly recommend to any action fan.

The movie starts with Jack just minding his own business now that he is a teacher. He has stopped being in the whole CIA business but then an assassination attempt occurs right in front of him so he is forced to intervene. He takes out one of the terrorists but the others get free. Jack is put on a ludicrous trial but after that it looks like things should be fine right? Well, it might not be all happy as he would hope as the other terrorists want to enact some revenge.

No matter how hard the villains beat the drum about how it’s all Jack’s fault for murdering one of their guys and how they need revenge…they wouldn’t be in this position if they hadn’t just tied to murder someone. I mean, you really reap what you sow in this kind of situation so you’d just think they would have thought more about that. It’s like if you put someone in prison for robbing you…the other robbers don’t have any kind of valid argument for wanting revenge. Of course, they’re all villains so it is what it is there.

As a result I’m not a big fan of any of the villains though. The main villain here is Sean. He is really all in on getting revenge since his brother was the guy that Jack got. He puts this above everything else so even his mission which is really about assassinating the British Minister of Ireland takes a backseat to his ambitions. As you can imagine, this isn’t something that thrills the rest of his group but there’s not much they can do about this anyway.

The other villains just don’t seem super smart. There is one scene in particular that I can’t go into depth with here but needless to say, if you see someone going crazy in front of you while they’re holding a gun, you should really….really think hard about your next step. If that step involves yelling and waving your gun around without a plan then things are probably not going to go well.

Jack is a very solid main character as you’d expect. He may be retired from the CIA but he hasn’t lost his skills or keeping the environment around him in view. He reacted quickly in the opening shooting and really did what he had to in order to win. Jack stays strong throughout the movie and is consistently resourceful. He may not be as quick to go into action as someone like Ethan Hunt, but he holds his own in a fight pretty well. Since his family are also targets, the whole movie is pretty personal for him. Jack doesn’t let it gets in the way of keeping a cool head though and maintains a good balance.

Commander Robby was also a solid character. He surprisingly doesn’t get to really be in the fight scenes here but just having him around in the climax is reassuring. Usually the main hero has to fight everyone off while completely alone but this time he at least has backup which is really good. This way they can at least keep the other villains subdued and also protect key areas.

As mentioned, the writing is solid throughout and the film’s pacing is pretty good. You definitely won’t be bored while watching this one. It’s also always interesting to have a main character who is less of a combat professional and more of a behind the desk guy. It may not always seem like it since he does get into a lot of fighting here but he gets to help out a bit with the planning in the background. That was a pretty interesting dynamic. We even get to see a fight from the TV screens back at base which was definitely a very different kind of experience. It was a unique way to show how the analysts see the fights going down in the military ops as usually we’re following the view of someone on the ground.

One of the more intense scenes would have to be when Jack is being followed by a couple of thugs out in the street. It’s broad daylight and he’s in an area with a lot of marines and soldiers, yet in that moment the place feels very secluded. That’s how it always goes too, when there’s trouble around it’s like everyone tends to vanish. The scene was handled very well and Jack had a good plan of action.

Meanwhile you had the car chase with his family as well. It’s too bad they couldn’t turn out of there because one turn would have probably saved them a lot of trouble. Of course, I’m crashed into that same area in a lot of Need for Speed games as well, it can be hard to dodge at that kind of intersection. It’s fun to think of how different the film would have been otherwise though. Definitely would have played out very differently.

Finally, we also had this Irish group who gets thrown into the mix since that’s where the terrorists are from. There’s some tension with the leader and Jack since the guy refuses to out the villains even though they’re committing acts of terror so Jack has to apply a little pressure. A blackmail subplot like that can always be intense and it’s rare to see the hero on the side of it.

Overall, Patriot Games was a pretty solid film. It’s a good action title that feels high quality. It may not really stand out among the more powerful titles out there, but it really doesn’t make any mistakes. It’s an intense story about a man having to protect his family from the revenge of a group of terrorists. Definitely a timeless kind of story that you could check out at any point.