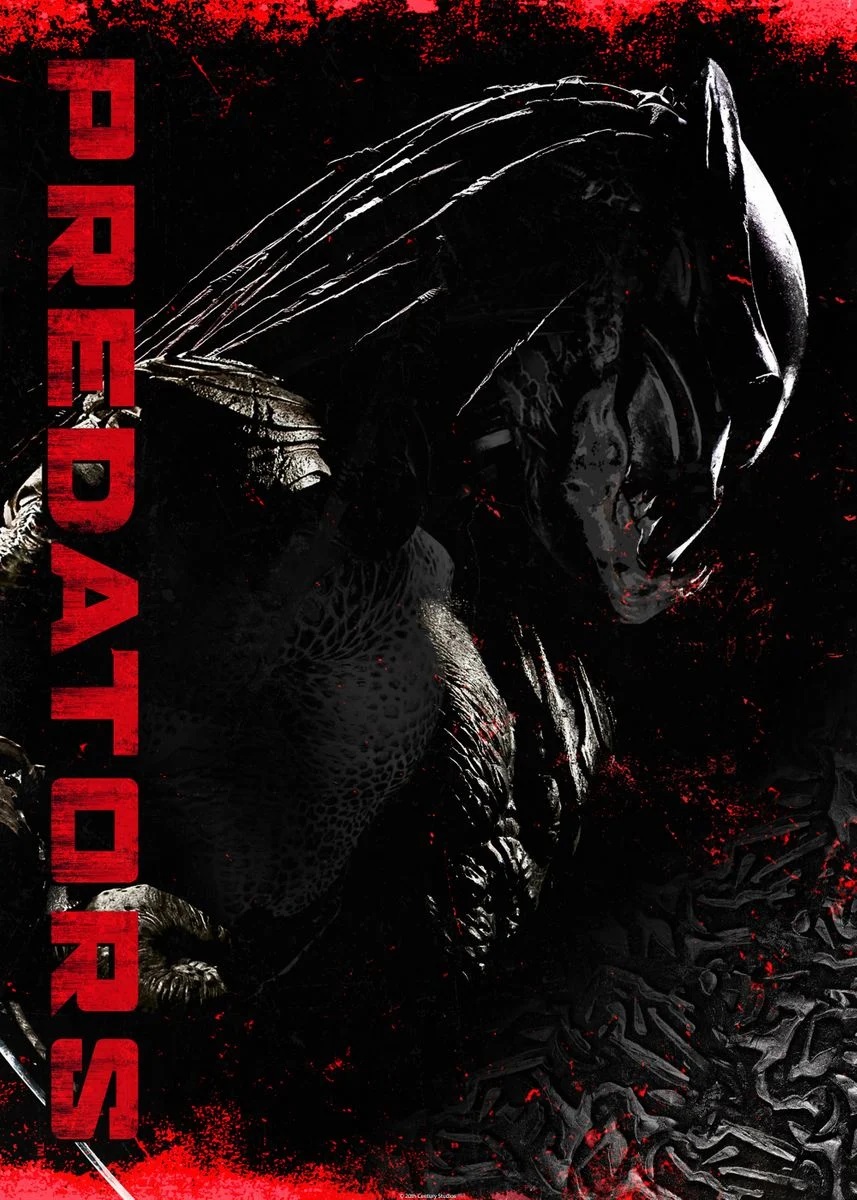 Next up in the Predator series is more of a classic survival film. The main characters are in unfamiliar territory fighting a powerful foe and so they just have to survive. In a lot of ways this film is like the original one and does a good job of hitting the same beats. It’s a considerable improvement from the second film, that’s for sure.

The movie starts with Royce awakening in free fall and he just barely manages to use his parachute to get down safely. Fortunately he has his gun at the ready and comes across a few more humans. The only common element is that they are all trained killers in different fields. Soldiers, Hunters, Hitmen, Yakuza, etc. The forest does not appear to be familiar to any of the people here and worse yet, they are being hunted by strange creatures. Can Royce and the team manage to fend these guys off or are they doomed?

This is the kind of intro that throws in a little mystery and suspense along with the thriller elements. It almost feels like a video game premise and it’s always a good one. It’s one of the reasons why Lost was so popular. When you’re in a strange environment with a lot of potential obstacles then it really raises the fear factor. The fact that everyone here is a trained fighter helps since they can defend themselves but on the other hand it also means they can’t trust each other either.

As the main character Royce is quite solid. I like how much of a loner the guy is. He doesn’t really fall in for the whole team spirit thing. He just does whatever he wants and the rest of the gang are welcome to follow him if they want or just hang back. Either way he isn’t going to switch his plans on account of them. As the film goes on he has a good character arc and even by the end of it his guard is as sharp as ever. He has a good speed moment at the end of the film and really stands out as the best character by far.

Then you have Isabelle who is quite skilled as well but a lot more merciful than Royce is. She is a soldier but doesn’t take as much joy in taking her opponents down as Royce does. She will stop to help someone who has fallen down while Royce would probably just steal any valuables. So Isabelle’s a nice character but in an environment like this that can also be a really risky thing. It gets her into trouble a few times.

Nikolai’s role isn’t as big as the others but he’s another solid character. He has a strong sense of honor and will go back to rescue someone if they have a bond. Then you have Hanzo who has sword skills as a Yakuza member. His showdown with the Predator will definitely remind you of the one on one sword fight from the first film. Definitely a lot of homages here and this was another one that was well executed.

Stans is more of a normal murderer so you definitely don’t want to loosen your guard around him. He’s one of the least likable members of the group. He’s just not a good guy at all and his dialogue is pretty cringe worthy. The less screen time he gets the better and you know that his tough talk will evaporate as soon as the Predators show up.

Mombasa had a bit of a rivalry with Stans and while he ultimately takes the high road each time, you feel like Stans gets off a bit easy at some points. Mombasa deserves credit for keeping his priorities straight though. Finally you have Edwin who is the worst character in the film. He’s the kind of guy who will beg for his life and ask someone to save him only to dash out afterwards when the situation is reversed.

Danger shows a person’s true colors and that is certainly true of Edwin. He just gets worse and worse throughout the film to the point where there is really no return for him. He’s more of a distraction from the Predators throughout the film and certainly doesn’t contribute in fighting them.

Aside from the main humans there is also another one on the island who has long since gone crazy while being in this forest. It’s impressive that the guy has survived for so long though even if he is absolutely batty. His plan was a bad one also because even if the rest of the characters were bumped off, creating a fire seems like a way to attract unwanted attention. Even without Royce and the gang making it more obvious, I feel like the Predators would have found out something was up.

Surprisingly the film doesn’t really have a twist like you would expect from most horror titles. It just ends after the big climax but the action scenes were solid so it works out well enough. As it is, the twist in itself happens early on as we meet the original Predator and see that he was defeated. Now this was the best moment of the film. I can only imagine the impact if you assumed this film would be all about the Predators only to see that it was taken down. I think the twist would have been even more effective if the replacements didn’t look so similar though. Imagine if the creatures hunting the humans looked nothing like Predators? It would be a bit of a bait and switch on the audience but one that would have been effective.

The scenes of the Predators hunting the humans are done well here. Now you do have to turn your mind off a bit though in the sense that the Predators could and should have won numerous times throughout the film. They have camouflage, the element of surprise, and homefield advantage. Now if they want this to be a fair hunt so they let the humans go a lot of the time that’s fine but then losing in the end still doesn’t make a lot of sense. It felt like the Predators just wouldn’t adapt no matter what.

From the 3 Predator films this one felt like the humans had the most plot armor. Even accounting for the fact that these humans know how to fight I just wasn’t really buying it. It’s not the kind of thing that hurts the score but it’s just hard to ignore. Score-wise, well the film has the usual amounts of extreme violence you would expect. The Predators make sure that the humans really feel it when they’re taken out.

With their super strength and bladed weapons, the Predators easily make short work out of the main characters or at least the ones that don’t survive. This time we even have little alien creatures that are getting blown up as well. It’s a jungle horror film after all so creatures are to be expected. Parts of the script can be a bit weak as well but nothing too crazy. Ultimately it’s just one of those films where if you scale back the violence a ton then this could jump way up since the premise is still intriguing enough on its own. I’m always up for a good survival title after all.

Overall, Predators brought the series back to where you would expect to see it. We got some super Predators which is a cool concept but I just wish they didn’t look so similar to the normal Predators. Take away the armor and they basically are the same since it’s such a slight evolution. It really would have been cool to have seen a whole new type of creature suddenly show up out of nowhere. If you’re a horror fan or like the Predators then this is a good film to check out. It’s like the Hunger Games except it’s humans vs aliens.