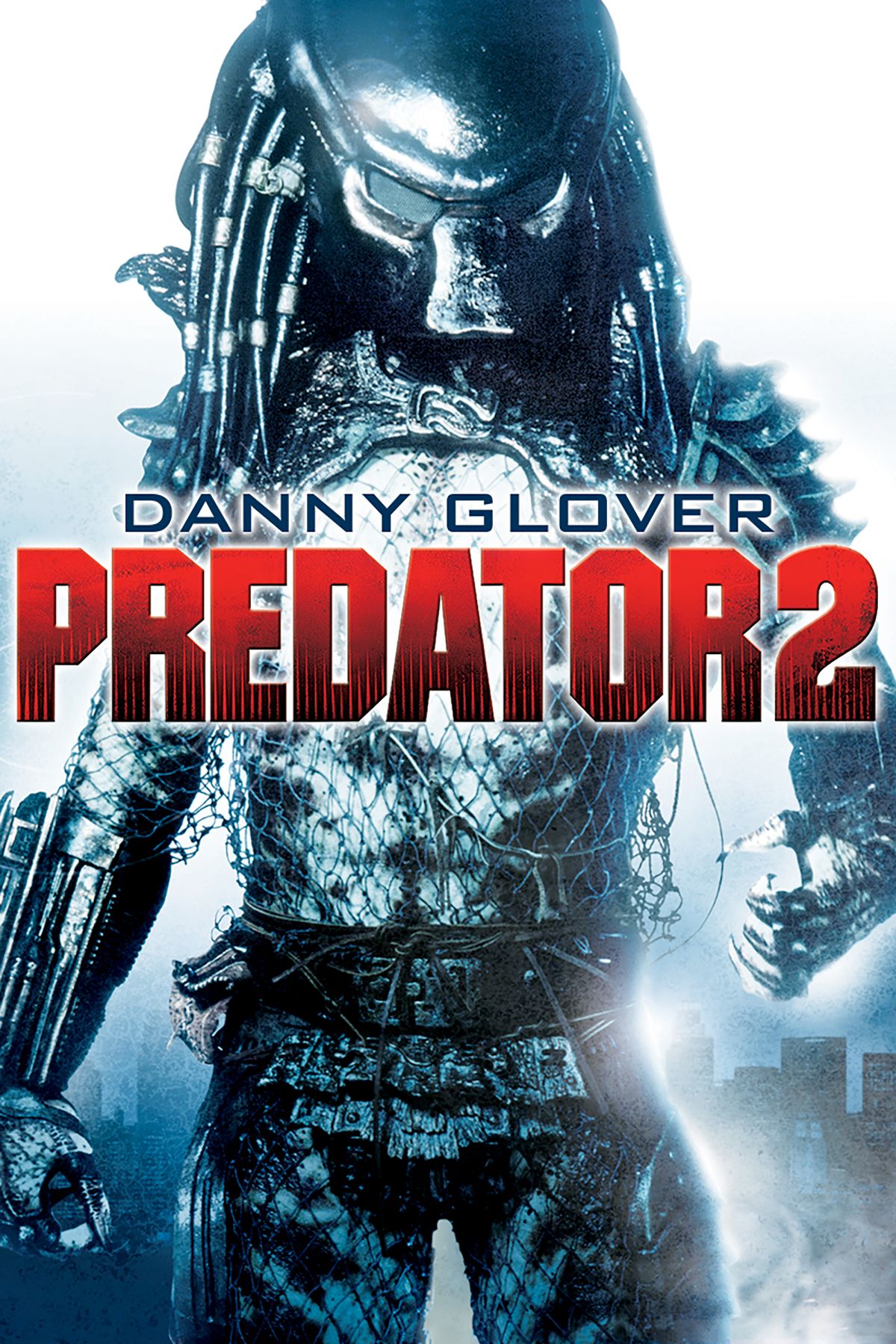 All right, it’s time to re-enter the world of the Predator. Much like Halloween III, this one feels a lot different from the other Predator films. Well, as the second one there hadn’t been more than one at the time but knowing about the newer films, this one just doesn’t have that survival vibe that the others had. If anything the gangs take up a decent chunk of this film’s run time.

So there have been a lot of gang fights lately which isn’t really abnormal for the neighborhood. Harrigan is trying to keep the peace as always and breaks up fights when need be. Lately the murders have been a lot more violent though and Harrigan suspects that a new player is in town. The murder methods are very creative though so whoever is doing this should be feared. The problem is that a high ranking government official known as Peter shows up and seems to be trying to make sure that Harrigan doesn’t get any more info on the case. What is he hiding?

Whenever the government is hiding something in these films you can bet that it’s important. The most annoying thing for Harrigan is likely the knowledge that if his team had known about the true threat from the start then things could have gone differently. I’m sure the Predator would have still murdered a bunch of people but it’d be nice to know that you are fighting an alien right away than going after street thugs right?

I also feel like Peter just didn’t handle the situation well. He becomes useful by the end of the film but keeping secrets just really didn’t benefit the heroes in the long run. His squad was woefully unprepared for the Predator as it is. At least Harrigan knows how to fight and chase the villains down. Now granted, when we get the inevitable fight between the Predator and Harrigan it is a little hard to see how the human was doing so well. Granted, the Predator got injured and they aren’t as strong as Xenomorphs but I felt like Harrigan should have lost the fight.

As it is, in the first film the main character was mostly losing in the physical confrontations and that guy seemed way more powerful physically than this lead. Predators should be stronger than humans anyway, they have super armor and are just built different. They have camouflaged tech and can plan things out as well. In theory there is no way the Predator should lose even when vastly outnumbered.

This does give us an exciting climax though so that part’s good. It’s nice to see the Predator ship and we even a foreboding ending with Harrigan setting us up for film 3. Of course, with a planet as big as Earth, the Predators will probably pick a new location to hit up next time since they never seem to go to the same place twice.

The humans aren’t super memorable. Peter and Harrigan are really the main guys here. I still say Peter’s secrets weren’t very helpful in keeping people alive but Harrigan did well in staying on the case until he got his answers. Jerry was a solid newcomer to the group. He’s a hot shot and initially you figure the guy is all talk but he actually proves himself in every instance of the film. He tails the villain without their realizing it, he is quick on his feet and the scene where he takes on the reporter was really solid. I like how smoothly he took that guy down.

Where the film falters is really with the gang elements. Nobody really cares about all this in fighting with the gangs just murdering each other. We want to see the Predator and of course he does murder all of those guys with ease but you could really take out the whole gang plot and that would be even better. Have Predator be the only villain and his mere presence is scaring everyone. That level of terror would really establish the Predator as one of the big bads to watch out for. instead he’s sharing time and while the gangs are no threat to him, why even have them around?

The film is naturally rather violent as the characters tend to get ripped apart by the Predator. It’s not quite at the level of Halloween or something like that but it doesn’t make for a pretty sight. The only death that was more stylistic than violent was when the Predator takes out King Willy. Now that scene was effective because it showed that even the city’s greatest swordsman couldn’t take him down. I’m not sure exactly how skilled the guy was but he knew about the supernatural elements and at least faced off against the Predator. Even if he didn’t end up putting any kind of fight, at least he was ready for action which is more than you can say for a lot of the characters.

The idea of having the Predator attack a city isn’t a bad one but this movie just didn’t utilize the idea very well. This should be exciting and nerve wrecking as the cops have to step in and fight the Predator. Instead you can easily forget that this is a big down at times. It’s all quite dusty and you can almost feel the heat wave that is taking place in the film. Everything feels dusty and isolated. The town is also so far gone with all of the crime everywhere that it isn’t really the big city experience you would hope for. The writing isn’t impressive nor is the cast. A film can’t really win under those circumstances.

Overall, Predator 2 is definitely a step down from the first film. I also don’t really get the point of the Predator here. It makes sense that one would test his limits in the forest, but a random city? I suppose the idea is that by beating all of the mobsters the Predator will prove that he is the strongest in the land but the actions almost feel aimless at times. He’s also moving rather slowly with the kills so you wonder what he is doing to kill time every day. If the cast was more likable and the violence was toned down then maybe you would have something here. Instead this ends up being more of a forgettable horror title. We don’t even get a true twist ending here. It ends on a note where you know sequels are on the way but nothing that really pops out at you. If you want to check out a Predator adventure, just watch the first one instead.