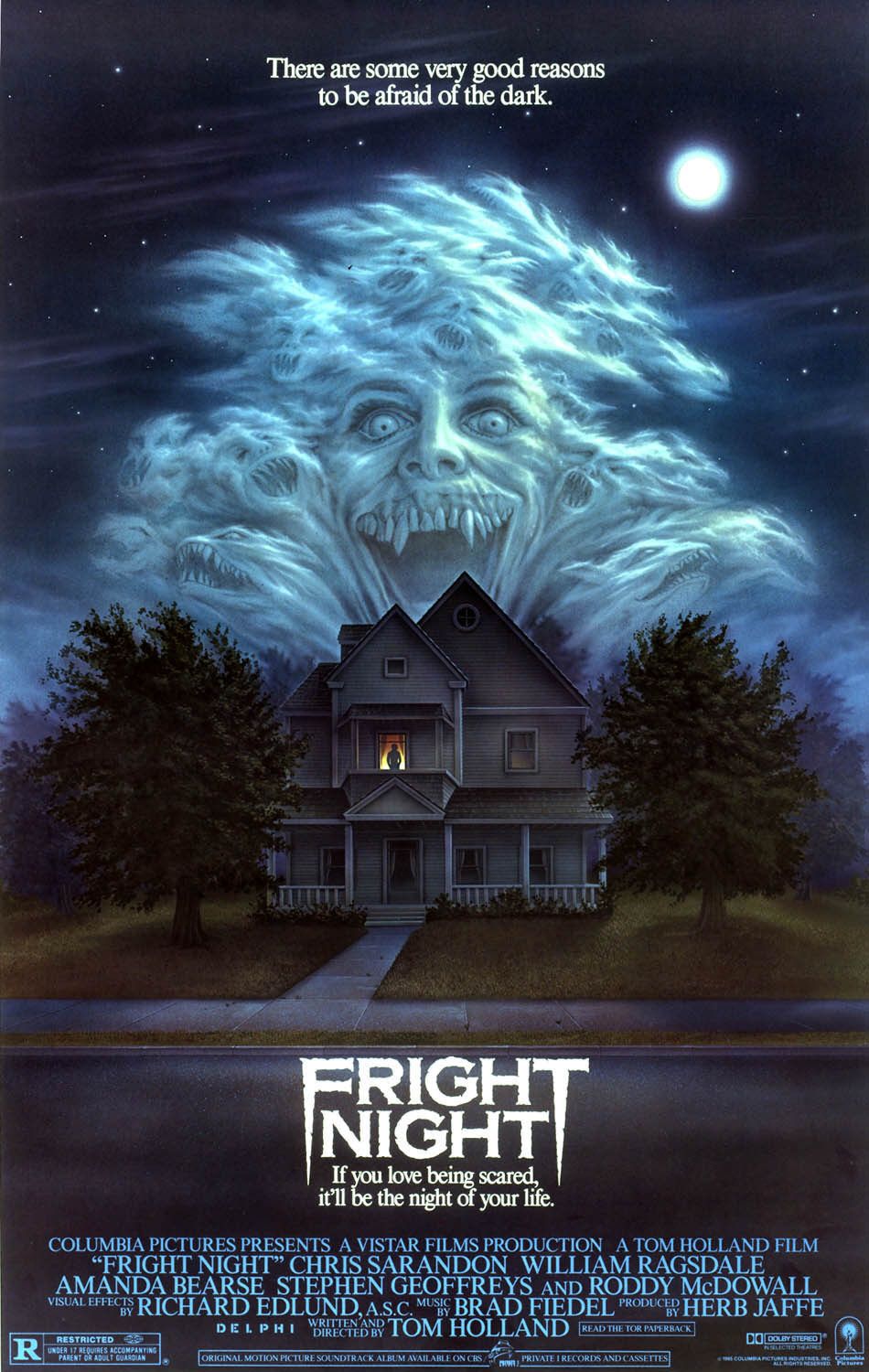 Time for a classic film about a vampire and they even throw in a werewolf and a zombie creature for good measure. As you may or may not know, I’m not typically fond of vampire films. The whole drinking blood aspect is always really iffy at best and they just aren’t my kind of villains. I wouldn’t say this film is really able to escape that. It has its moments to be sure but on the whole it really just devolves into a standard title in the genre. The main characters could have definitely handled some things a bit better as well.

The movie starts with Charley getting some next door neighbors. He’s initially excited about this but this turns into terror as he realizes that his next door neighbor is a vampire. See, people have been dying recently with their blood drained and as Jerry (the vampire) isn’t very subtle, he tends to take down his victims by the window. Additionally, Charley sees him store a body in the basement. He tries to tell the cops but this doesn’t work out and now Jerry is planning his revenge. Charley will need the help of his two school friends Amy and Ed as well as the TV vampire expert known as Peter to stop this guy. Will they be enough to stop Jerry or is it already too late for them?

I do have to say that while Charley started out decently with his explanation to the cop, he really fumbled towards the end. See, when you’re accusing someone of murder, it’s best not to start talking about vampires and such. Charley seemed to know that initially but Billy (Jerry’s right hand man) goads him into talking about the vampires. This makes Charley look crazy of course and so now all he has done is let the villains know that he is on to them. It’s not a great moment for Charley in the slightest.

In general the only thing I will give Charley credit for is believing his own lies and not being fooled into thinking that Jerry is normal. He knows Jerry is a vampire after all so it would have been crazy if someone had convinced him otherwise. There are limits to what he can do as a kid but he definitely should have warned his mother Judy ahead of time more about the neighbor. By the time he does, it’s far too late and the guy has broken in the house.

Charley’s romance with Amy is also rather sub par. I don’t think that element really needed to be in the film. Amy tends to get upset at the drop of a hat and Charley is way more interested in what’s going on outside than hanging out so it’s just not the right time for either of them. Amy’s loyal as she helps Charley out even when she doesn’t actually believe him. So at least she has that going for her there, but otherwise she’s a bit forgettable and she makes it too easy for Jerry to catch her at the party. Splitting up is never a good idea even if it wasn’t intentional there.

As for Jerry, well he talks tough but his abilities aren’t quite as tough as you would expect. Charley was able to wound him with ease and the guy has so many weaknesses that he would be doomed if not for Billy. Jerry’s motivations are also the kind that I don’t like for a villain in that he wants Amy as a bride. It’s not one of the more ambitious villain plots out there, that’s for sure.

He really gets outshined by Billy who ends up being the best character in the film. I like how completely sarcastic he is to Charley right from the first scene. He openly threatens the lead and always has a big grin on his face. Considering that Jerry has to hide throughout the night, Billy is really the one doing all the work. At one point the heroes get the upper hand on Jerry only for Billy to show up and toss them to the side. After all, he isn’t a vampire so the crosses and holy water don’t work on him. It was an intense moment to be sure and he even gets a plot twist by the end.

Then there’s Charley’s friend Ed but I use the term loosely. It doesn’t actually seem like they get along very well at all. Ed also seems really unhinged from the beginning. Finally, the guy makes one of the classic horror movie blunders when he decides to go into a dark alley by himself. Keep in mind that this is a bad idea under any circumstances. Even if Ed doesn’t believe in vampires, why go through this alley? It’s an incredibly long one due to how long he was walking so this was just a bad idea all around.

As for Peter, it takes longer for this guy to show up than I would have guessed. Initially he goes through the motions of not wanting to help the characters and being scared all of the time. Finally he steps up and does well once he gets into the swing of things. The guy is an adult so it makes sense that he could actually fight a bit. Peter was definitely a fun character and the best of the heroes but you do wish that he would have acted a bit sooner. The guy just hides in his house a lot until we get near the climax.

Finally you have Charley’s mother Judy who seemed like she would be a big character initially and then sort of vanished for the whole second half of the film. The reason was she had a late shift but because of that she misses out on the movie. Too bad since now she really won’t believe anything that went on. The film has a twist ending though so make sure you stick around. It ends things off on an epic note.

Fright Night isn’t really a film that you’ll find very memorable by the time you finish it. Billy was the most iconic part with how he changed up the usual vampire storyline. It’s rare to see a main villain that actually needs a bodyguard after all. The actual vampire scenes are still net negatives with the classic blood draining. Never was a fan of that. The final Werewolf transformation back into the human form was also way too drawn out pretty much as an excuse to make the whole thing even grittier. I’d prefer a streamlined transformation myself.

The characters also just aren’t that good which hurts. Even ignoring that the romance wasn’t handled well, Charley is easily distracted by a lady he sees through the window and it’s clear that he doesn’t think about Amy at all. This isn’t exactly the reliable guy you want to have by your side and that hurts him even more as the main character.

Overall, Fright Night is a title you’ll want to skip. I’ll give the film credit for snagging this title though, it’s catchy and memorable. The kind of title you figure must have a film at this point and so a lot of people will probably end up checking this out at some point or another. That being said, it just never grows out of the shadow of being a vampire flick.