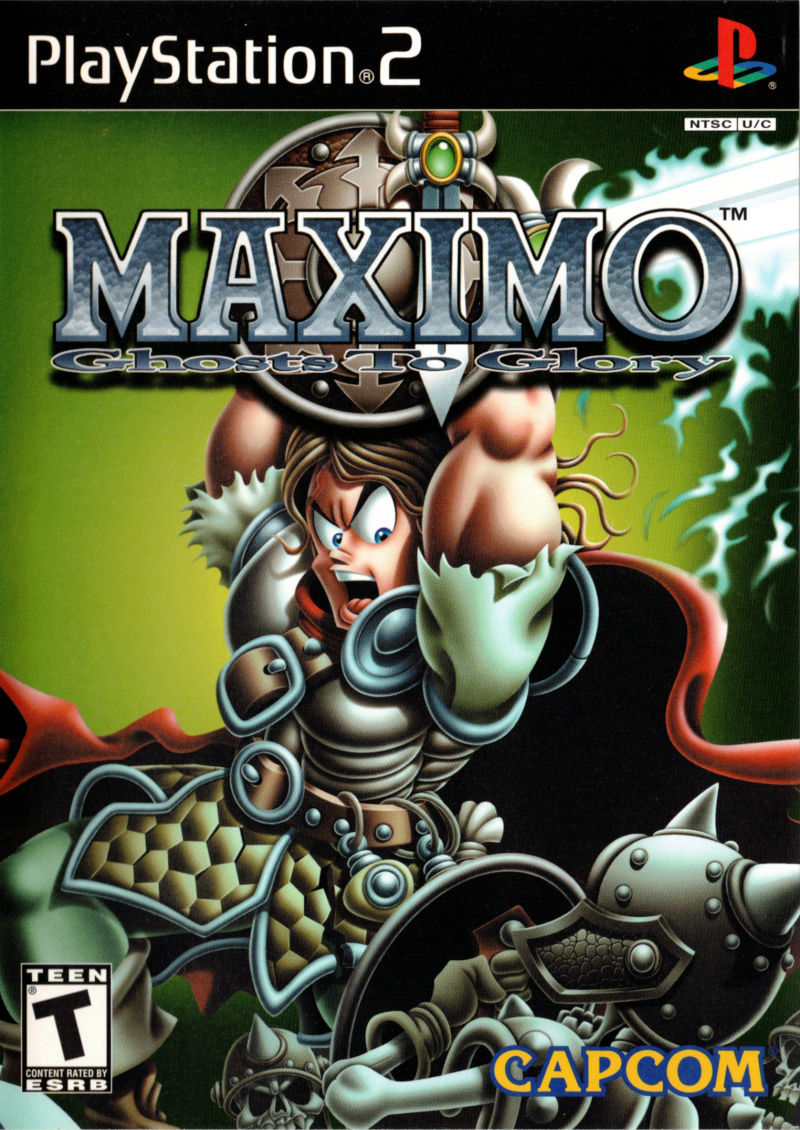 Maximo is a game that I sort of just bought on a whim. It showed up when I was looking at various PS2 platformers and I figured it’d be a good pick. The gameplay is solid and there’s a lot of interesting things here but also some gameplay mechanics which have not aged well. Ultimately I would call this a very good game but you should be warned that it is also a difficult one so this will not be a cakewalk.

The game starts with King Maximo running into the treasure room but he’s too late. Achilles has taken over the kingdom, kidnapped all of the princesses and then murders Maximo. Fortunately the Grim Reaper isn’t a big fan of how this all turned out so he decides to help Maximo. He will prevent the lead’s soul from leaving so he can keep coming back to life. In exchange Maximo has to take Achilles down for the count. Honestly it’s not really a bad deal. Maximo wants revenge either way so now he’s ready for action.

The gameplay here is that of a classic 3D platformer. You can double jump and slash at your enemies. Along the way you’ll get different equipment like a shield that you can throw and elemental additions to your sword so you can fire some energy blasts. The weapons aren’t breakable per say but they run out eventually. For example, you can swing your fire sword 2 times before it turns normal and you can use your shield for around 20 times before it vanishes. SO you have to use your techniques wisely.

Now here’s the first main change to the average formula. You start off in a level and then have to get to the end to clear it. There is no save option within the levels, only when you get back to the hub world or when you defeat a boss. Sometimes that means you will have to defeat several areas in a row before you can save. Also, saving costs 100 coins which can actually be a little difficult to obtain. Throughout the levels there are power ups and equipment you can buy but you should always skip those and just save up for the save points.

Save whenever you can because you never know when you’ll lose. The game is deceptively hard here. Sometimes what looks like a simple jump can take you out of the running. If you fall into a pit or lava it’s an instant death even if you have 3 health bars. This is definitely the worst mechanic here. It just adds a lot of extra stress to the levels when you really just want to calm down and keep it moving. It does force you to get really good at the controls though because replaying areas is always rough. So just go slow.

Most enemies you can outrange so hit them as they approach. I never figured out how to hit the bomb enemy without taking damage unless I have a shield though. Making any kind of contact with him ends up hurting you too so you have to really decide if this is what you have to do. If you can skip the enemy then you probably should. The bosses can be tough to learn to you’ll also want to take your time there. For the final boss you really just have to focus on your reaction times. Don’t try and chase the opponent or you’ll always be behind. Instead wait until the attack is coming through and then quickly counter.

I have to give a special shoutout to the final boss because it’s executed really well. The screen goes dark and all you can hear is your heartbeat as the creature gets closer and closer. It’s the kind of boss you would expect in an Alien or Resident Evil type game. The horror elements worked out quite nicely here. In general the bosses had a good amount of effort put into them.

Another gampelay element I should mention is you will obtain many temporary power ups as you defeat enemies and go through the levels. You keep them until you lose a life. There is an exception to this though and that is that you can put some abilities into a locked slot so they stick with you. For example you may start out with about 4 locked slots and 14 normal ones. As you beat each boss you get a new locked slot. You’ll always be losing some abilities when you lose but make sure you are always transferring the best abilities to the locked slots so that you don’t lose them. It’s really handy to always know that you’ve still got the best tricks at the ready.

The story is pretty solid here. I would have liked some more cutscenes to be honest but we had full voice acting a lot of action going on so I was still engaged. There’s even the solid cliffhanger at the end that gets you hyped for what is to come next. They didn’t really spare anything on the budget here without a doubt. The soundtrack is less memorable since I can’t recall a single tune. I guess it all just blends into the stages but I would consider that to be a knock against the game.

The graphics are really good and those have certainly aged well. Maximo is very much a game that encourages exploration so it’s fortunate that it looks good. It would be sad if you were travelling around and every area looked the same or something like that. It may not have been a massive blow but I’m always glad when the graphics are on point. There isn’t really a lot of replay value to be found here though. Once you beat the game there is really not a lot to do so make sure you have fun on the playthrough. I wouldn’t say the game is very long either but you should be able to get it at a good price. Plus the difficulty will probably make it last a bit longer.

Overall, Maximo is a fun game. The title is challenging without being too frustrating. If you try hard enough you can certainly beat any level. I just think that the save feature should be after every level. Additionally it should not cost money. That mechanic doesn’t add anything to the experience and just holds the game back. There are tokens you can get to obtain more continues but even that is more tedious than just doing it normally. So if this game was being used as a test for a new kind of saving system then I can say that it didn’t work for me. I’d stay with the classic saving methods. If you are prepared for a challenge and want to play a solid platformer then I definitely recommend this one.