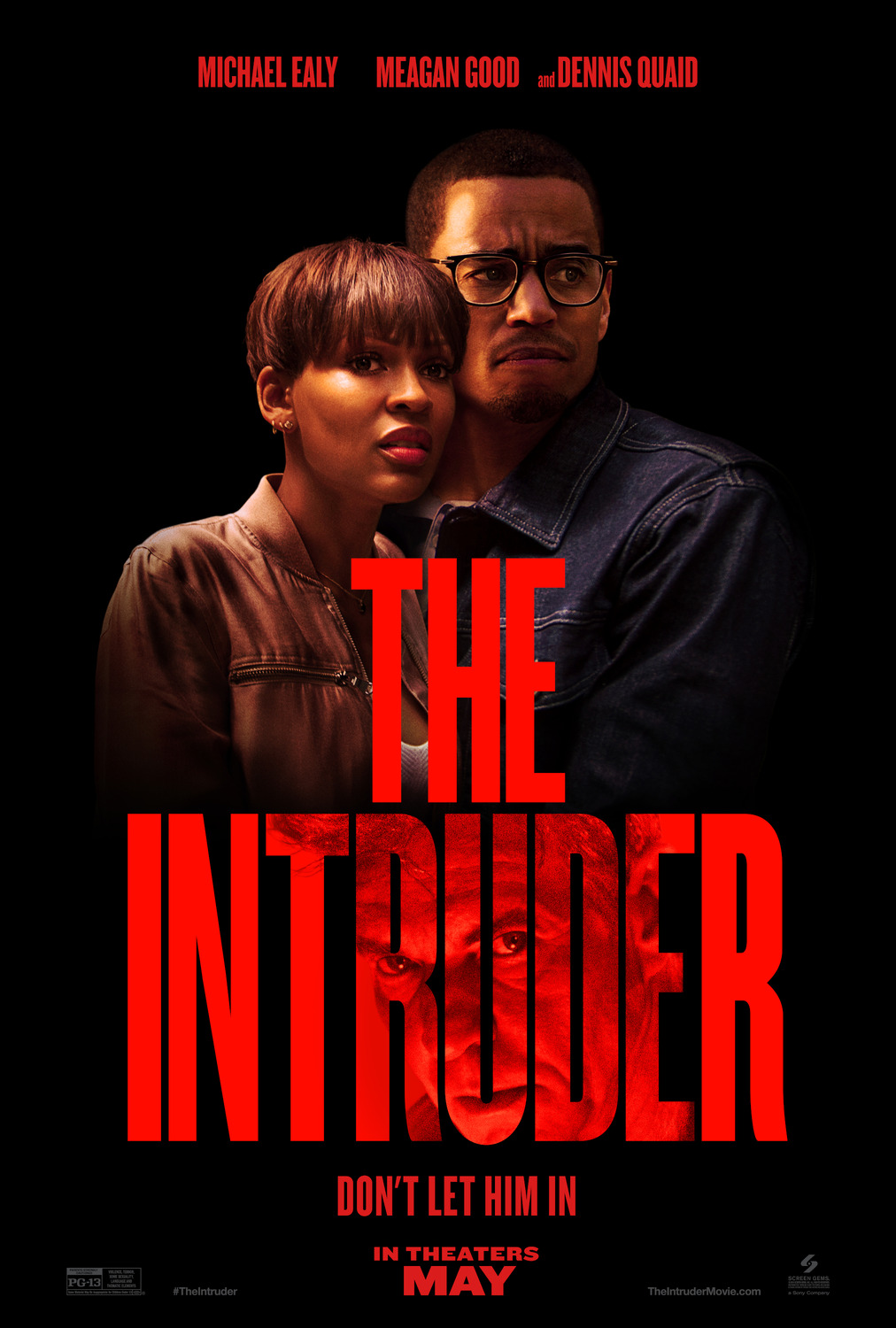 The Intruder is almost like a return to form for horror titles. You’ve got the very unlikable main cast, the insane villain who just openly goes around taking people out, and nobody decides to just leave. What you end up with is a film that will have you annoyed at the main characters and it never gets to the point where you would call it a good movie. So this one ends up just losing out.

The movie starts out with Scott and Annie deciding to buy a house. They are fairly well off and could have stayed in the city but Annie just wanted somewhere quieter to start raising a family. While Scott isn’t too impressed with the first house they see, Annie likes it so they end up buying it. Unfortunately the previous owner Charlie doesn’t seem thrilled about this. He keeps on showing up unannounced and acts like it is still his house. He is openly antagonistic towards Scott and acts overly familiar to Annie. Initially this is just something that irritates Scott but then he starts to realize that this guy may actually be dangerous. Now what can he do about it?

It’s always rough when you don’t go with your gut because then you end up regretting everything. From the start Scott realized that this didn’t seem like a very good idea but he went with it because Annie really liked the place. Charlie started with the insults early on too but Scott figured he could power through it. The issue is that Charlie is always around while Scott is back in the city all day so he is rarely at home. This already puts Scott at a disadvantage in making sure Annie is okay.

Then unfortunately we find out that Scott has also made some massive mistakes in the past like cheating on Annie. You’d think he would really be on his best behavior now but then he also starts flirting with the cashier at the ice cream parlor. Why would you even do that? His excuses were really weak at this point in time because Annie was right that his dialogue was way over the top. Further, it seems like he was about to cheat on her again but fortunately she called him in time.

So the film goes out of its way to make Scott look bad here and naturally this ends up making it all the easier for Charlie to move in. It’s still no excuse for how oblivious Annie is though. She seems to not notice at all how Charlie is acting towards her and her excuses about it aren’t very good either. She says that he’s very lonely and everything so they should just let him keep showing up like this. Even if you feel bad for someone, that’s not an excuse to just have them be showing up all the time.

There are even some cases where she is the one making the situation worse like when he shows up with pizza or to talk about the lights. Charlie’s about to leave when she calls him back so they can hang out. I know she’s still in the “just being friendly” stage but it’s still a really bad idea no matter how you slice it. She doesn’t know him at all and Scott’s not around. Seems like an unnecessary risk to me. Both Scott and Annie can never have a reasonable discussion about any of this either since there is just too much ammo flying all over the place.

It’s why the movie has them making these mistakes in the first place since it evens out and then they can’t really talk about the other. I found that to be a bit lazy though. As for Charlie, he could have been better if they just focused on the “he’s insane!!” part. Have him initially start out as someone who is harmless and just wants his house but gradually gets more sinister as the main characters act more aggressively in banning him from the house. Then you have the intruder aspect and things get serious.

Instead the film starts to focus more on how Annie is Charlie’s goal and as soon as the villain’s motivation goes there you know that it’s all over. That kind of villain’s always going to be just plain awful in the end and Charlie’s no exception. The dynamic could have been so much better otherwise but they blew it when that happened.

The main characters have a friend named Mike but he’s just awful as well. Keep in mind that Scott and Annie just bought this place. It’s a super big house with tons of bathrooms and the guy still feels the need to go all over the backyard. That’s just completely unnecessary and the same goes for dropping cigarette butts all over the place and extinguishing the fire on nearby plants. It’s like Mike’s going out of his way to ruin the place. It’s portrayed more that he’s just not very smart and tends to be crude but it is so exaggerated. Any scene with him in it was pretty awful.

At least The Intruder does have a lot of jump scares though. Charlie is always running around inside of the thunder flashes so you know that he’s watching. The characters never notice but you like to think that they would if they were more on edge. Charlie is always a few steps ahead of them so the one time the heroes have him on the defensive you wish they could do more about it. For example, at one point they stab him and he hits the ground hard. You’ve got 3 options here, restrain him, keep stabbing him, or drop the weapon and tend to your wounds while giving the guy your back.

Naturally they choose option 3. Look, if someone’s broken into your house and he’s clearly dangerous and armed, option 2 is the best bet here. Make sure you’ve put him down for good and keep it moving. Instead in every horror film it feels like the characters think 1 stab will be enough somehow so they clearly haven’t watched the news enough. These characters really did not handle any of this very well and the examples will just keep coming as you watch the movie.

I won’t even bring up how Mike could have done better since we’ve established that he’s just not very bright. Would have been nice if he could have at least remembered to pick up his cell phone and dial as soon as he saw Charlie though instead of making a lot of noise and running. I also blame Scott for falling asleep. By this point he knows how big the danger is so he should be calling the cops and doing a number of things instead of leaving it all to Mike. Going even further back, why did Annie go home at all? By this point it’s patently obvious that Charlie’s out to get them so letting her go home alone while he will be stuck in the hospital for another day doesn’t make any sense.

Overall, The Intruder will show you how to mishandle a situation every step of the way. From buying the house where the owner runs around with a shotgun and insults you right away, to splitting up and not taking anything seriously, these characters don’t make it easy on themselves. With a better villain this could have ended up being a better film but it just wasn’t to be. Ultimately I would give a hard pass to this one. While the end credits have a very stylistic approach which is nice and the ending to Scott’s character arc was handled differently than what I would have expected, I wouldn’t say there is any reason to recommend this film. The only good part about it is that the atmospheric horror can be good at times. Lots of solid visuals and jump scare moments but that’s not enough to recommend an entire movie. Everything else holds it back.