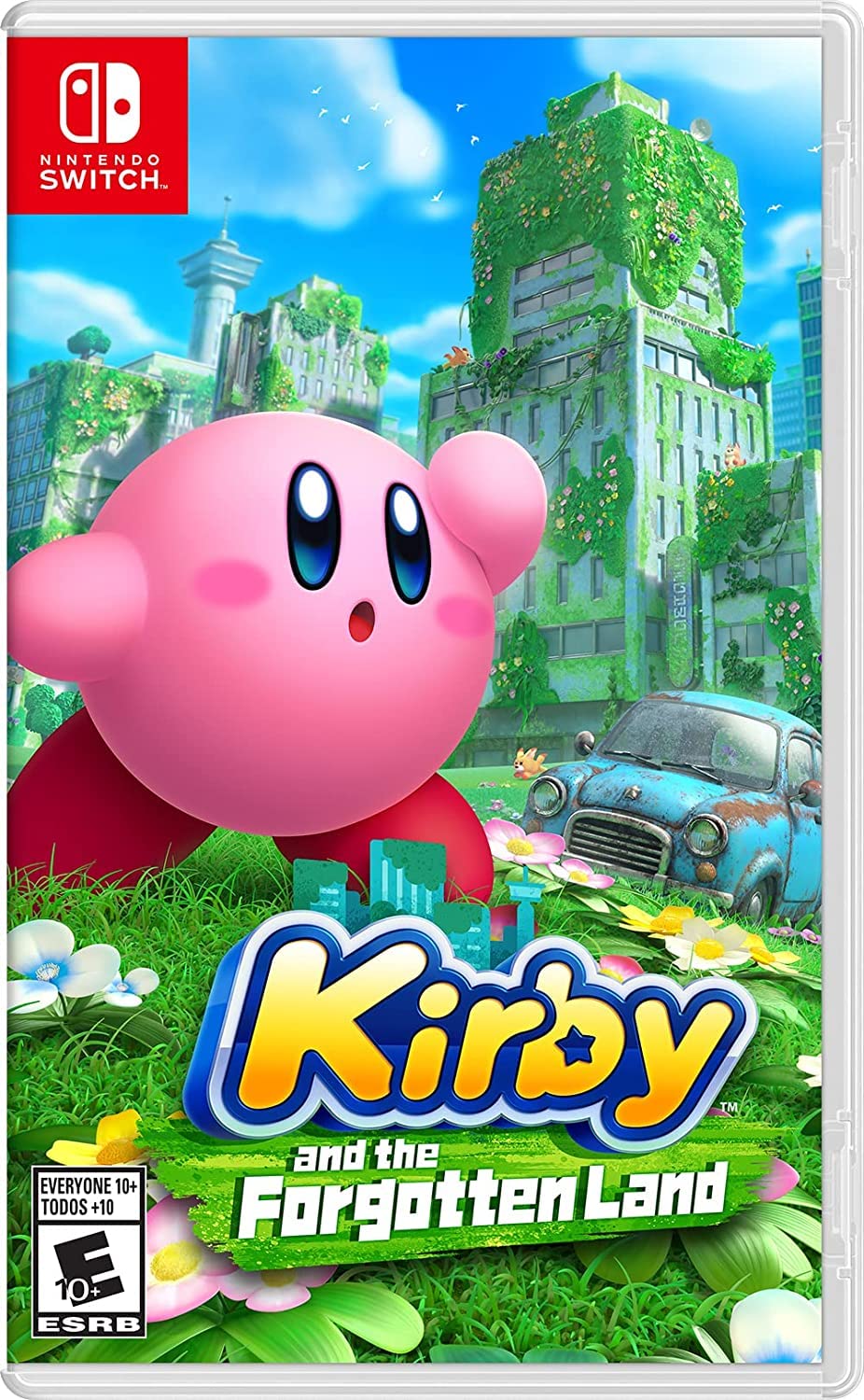 I knew as soon as they announced this Kirby game was coming out that I would need to buy it day 1. I’ve been waiting a little while for the next Kirby game and while I may not be caught up yet..I’m close enough. Outside of the first 2 levels, I ended up playing the whole game through in one batch. Not to say that it’s super short (Took around 5 hours) but Kirby games are not usually known for length or difficulty so it wasn’t all that difficult to do. It does speak to the enjoyment levels of the game too.

So the story starts with multiversal Kirby walking around when some kind of hole in reality appears and sucks everyone inside. Kirby’s now in a whole new world filled with vicious beats and monsters. He has to help this little blue creature along the way as he finds out who did this and how he can possibly get home. Will Kirby be able to get out of this in one piece or is it curtains for him?

In a way you almost would think this is still Planet Popstar if you skipped the cutscene because the first world definitely has that classic Kirby feel. It’s a green forest kind of planet that has an upbeat feeling to it. The level designs are all on point and there is a lot of variety here as we have the classic water planet, fire planet, etc. Each world has 4 levels and then the boss at the end except for the second last world which has 5 levels plus the boss and the final world which only has a boss. So you can see how you can go through the levels pretty quick.

I did die twice to one of the last bosses though. That one was deceptively tricky as it’s tough to dodge the ballerinas and the big guy’s spin move. Your best bet here is to rely on your quick dodge which is R2 and then pressing A at the same time. I didn’t even know about that until near the end of the game but it’s quite handy. There is an easy mode too but I recommend sticking to Wild. Having a little bit of a challenge is always a good thing and then you can really appreciate the bosses.

The gameplay is your classic 3D adventure. You can’t really spam Kirby’s flying too much though. The game developers probably figured you might cheesing the whole game so you can’t go too high and still have to use the ladder. You have over 10 copy abilities you can use though and each one can be evolved twice. You can even power them up further beyond that which is handy. Obtaining rare stones can take a little while but you will at least get enough to evolve everything by the time you complete the game.

I highly recommend focusing on the fire blast ability. It causes lasting burns to the villains which means that you are dealing constant damage even when you aren’t attacking. The ability is extremely useful. I would say they all mostly are but I didn’t care for the spike ball much. It tends to lag behind the other abilities in terms of how useful it is but you should still try to get used to it since you will need to use it for treasure road.

So it’s time to talk about the replay value here. Don’t mistake a short campaign for a short game as Kirby has tons of modes to keep you busy. Aside from the main levels you have Treasure Road which are a series of 8-10 challenges in each world. If you complete them then you will be awarded a rare stone and these are how you power up your abilities. You also earn extra gold to buy things with. Completing all of the challenges will buy you some time. Each one’s about a minute or two but there are a lot of them.

Then you have the tournaments. While Meta Knight sadly misses out on the story, you get to fight him here. He was reasonably tough even on the intro level so I imagine the more difficult tournaments could get crazy difficult here. You shouldn’t underestimate them and this could absolutely take a while. Finally you have the collectibles of which there are a ton. There are 300 Waddle Dees here and a ton of trophies. I’m assuming you unlock some kind of bonus content for getting everything so that’s some incentive to keep going for.

There’s also a bonus world for the post game here. It directly continues where the main story ended so you won’t want to miss that. The levels are considerably longer than the normal ones and have more parts so you should go in prepared to really give it your all. At the time of this review I’m still going through the post game so I look forward to seeing how it all goes. Between all of that, this game will take you a long while to achieve 100% completion that’s for sure.

The graphics are naturally top tier here. All of the characters look sharp, the designs are great, and as I mentioned the stage designs are really quite nice. You feel like each world is different and it doesn’t feel like they’re reusing levels. No corners were cut here. The soundtrack is also fun. There’s no theme that quite matches the classic Nightmare theme but it’s hard for anything to top that. There is a lyrical song that plays twice in the game which is fun but it would have been especially good to have had something in the climax too.

Kirby games are known for really getting out there with the climaxes so you’re probably wondering about this one right? Well, I can safely say that it does go high tier. You don’t have to worry about that here. While I was underwhelmed with the big villain’s design initially, the super form makes it all worth it. You’ll certainly raise an eyebrow when you see the villain’s official title. A certain Sega villain will immediately come to mind. There’s always a lot you could do with Kirby lore and while this is not that kind of game, I’m always glad to see any kind of big plot climax like this. It works well and helps to really make sure you don’t forget this one.

Overall, Kirby and the Forgotten Land is a pretty fun game. The story could have been longer but even at 5 hours it’s still a bit longer than Sonic Forces and Star Fox Zero so Nintendo’s still got the lead there. I’d like to see a proper 15 hour Kirby game some day as long as they can get to that length naturally and without forced collectibles. This game had a good amount on that front as you need to get some, but not enough where you feel like you have to go out of your way to grab them. The game’s fun enough where I went back and beat most of the treasure levels and am going through the post game so it succeeds there. I would definitely recommend checking this one out. You may want to wait until there’s a price dip but this is Nintendo so you may be waiting a very long time. In that case, just take the plunge and have fun here. You won’t be bored, that’s for sure.

2 thoughts on “Kirby and the Forgotten Land Review”